Trail user claims he was victim to a trip wire attack 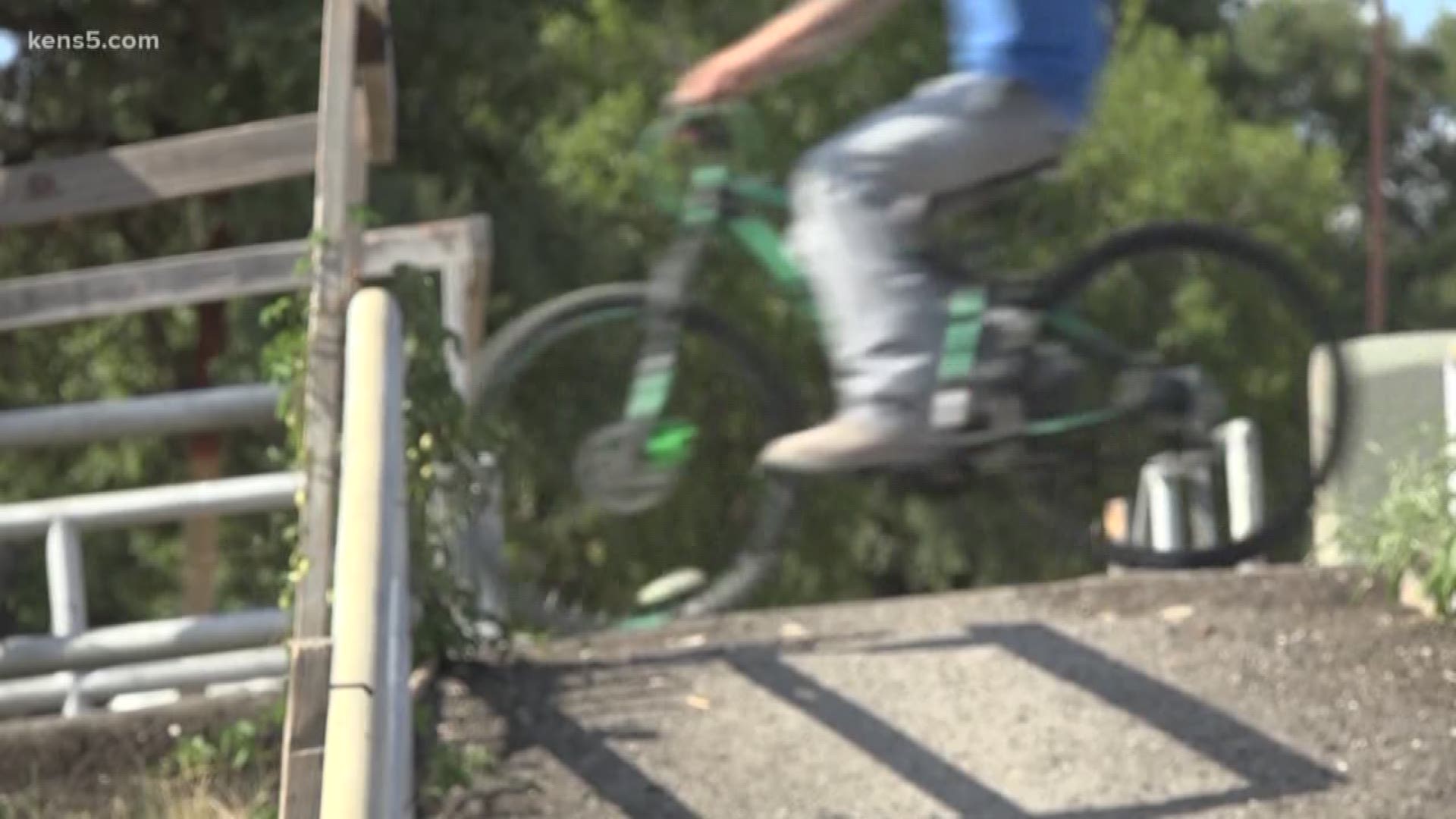 SAN ANTONIO — San Antonio Park Police are keeping a watchful eye on the Apache Creek trails near the Cassiano Homes in west San Antonio after a man claimed he was ambushed earlier this week.

In a Facebook post being circulated among the bicycling community, the man shared pictures of injuries he said he sustained after running into a trip wire that had been stretched across the trail.

A map included with the post placed the incident just northwest of South Zarzamora and South Laredo streets.

The post described a metal wire that sliced through the man's shirt and cut his wrist open as he rode on the trail. Neighbors who live nearby said they were surprised to hear about the incident, which unfolded in an area where people have been watching out for each other for generations.

Alan, who didn't want to provide a last name, said, "You don't have to be worried. You can walk over here, ride your bike without having to see something like that."

Trail stewards, Alan said, do a good job of keeping a watchful eye on things, but added their resources are limited.

"There are a lot of trail users here," added Adriana Perez, a neighbor. "I see a lot of little kids in the mornings walking down the trail to go to school, so that's not nice—whoever did that."

Perez said that, after seeing the pictures, she believes extra patrols would be helpful, even though they try to take care of their own.

"We usually watch out for everybody around here and make sure everybody's okay," she said.

"We have reached out to our Park Police Department in regards to this social media post. They did not have any knowledge, nor have any individuals made a police report regarding these allegations. Park Police has officers assigned to the Apache Trails and nothing has been reported to them. The officers will remain diligent, but we advise anyone who feels they have been a victim of this type of incident to please contact Park Police at 210-207-7273."