A college graduate who hails from San Antonio's east side finds strength in becoming a number after a weekend trip home nearly cost him his life. 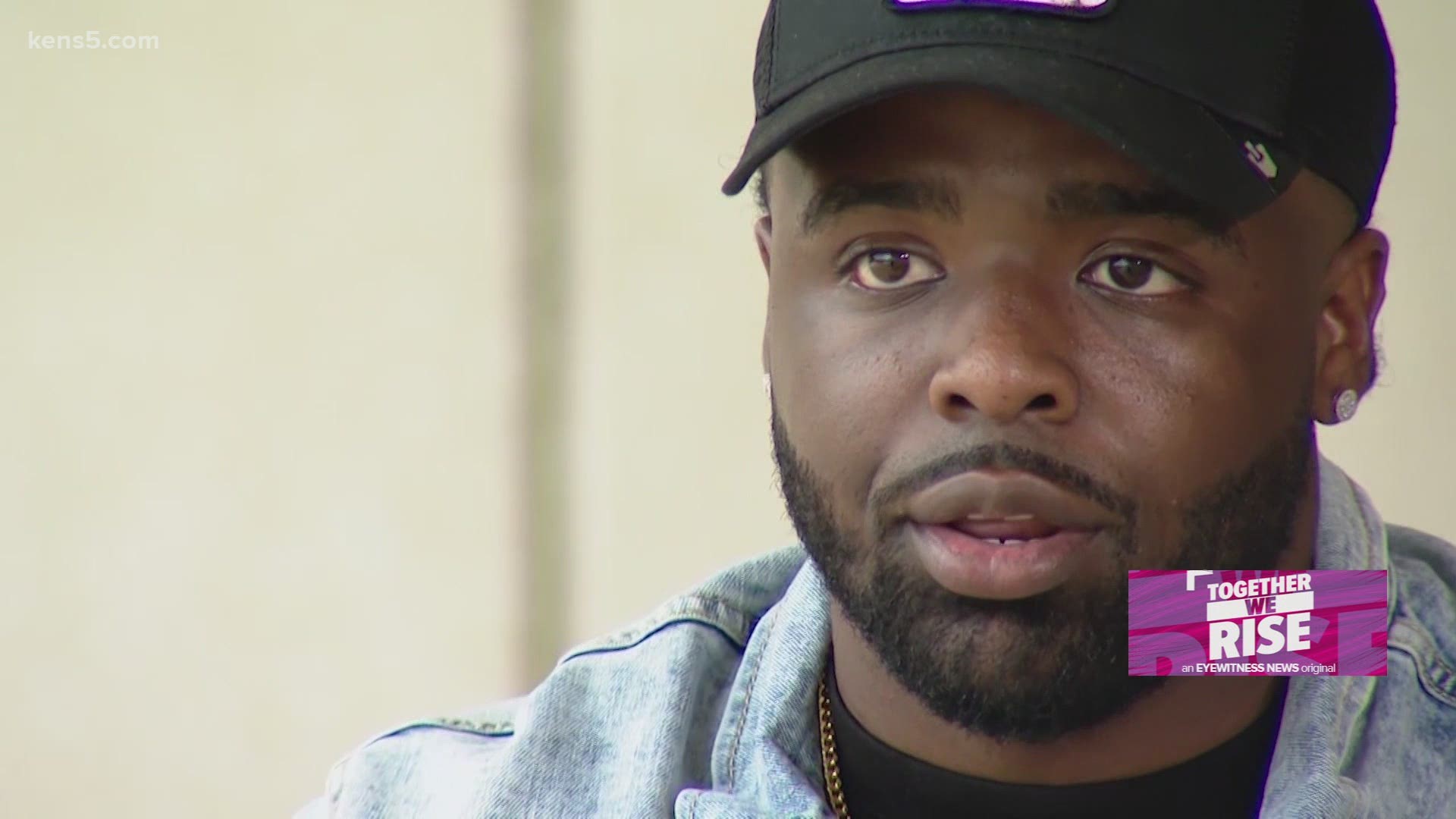 SAN ANTONIO — For Edd Hardeman, getting his Associate's degree from a local community college would have been enough, but he kept going.

"I was really indecisive about what I wanted to do," Hardeman said. "But once I decided to do it, I went full-fledged into it."

Hardeman decided to continue his education at Prairie View A&M. The decision to attend the Houston university would solidify his opportunity to play on their Division I football team, but a weekend trip to San Antonio in 2017 would change his life.

Hardeman and his friends became the victims of a drive-by shooting.

"I didn't even get to play the first game at Prairie View -- it was in September, so that's football season," Hardeman said. "And so a couple of my friends, we just went back to their house for a little bit. And then it was just a shooting. And I noticed it wasn't stopping. Like it was just that constant shooting -- they just kept shooting."

"My door was open, I was in the back seat. I flew out of the car," Hardeman said.

His mother, Adrianne House, was called to the scene, whereupon arriving she saw a "puddle of blood."

"I remember going to the ambulance, and I was like 'Edward, Edward,'" Hardeman's mother said. "And he said, 'Mama, I can't feel my legs.' Then I turned around and looked, and said, 'Oh my god, they shot him in his back.'"

The bullet left him paralyzed from the waist down.

The shooting took place during a deadly stretch in San Antonio, with a majority of the homicides happening on the city's east side. The San Antonio Police Department reported 96 homicides in the first nine months of 2017. The year prior, 104 homicides were reported.

Just a few days before the shooting, House was on a panel speaking against gang violence on the east side. As a known community activist, this is something she never thought she would experience personally.

"Everything in the city was going off," House said. "A lot of shootings -- it was a lot of killings back then."

"So at the time, I felt I was always the one that people consider comforting. I had to try to talk to these parents and try to walk in my shoes and understand where they were coming from. But now I was in their shoes," House said.

For her son, growing up in the inner city prepared him to take a bullet. "I was molded to be able to handle that -- that's not normal," Hardeman said. "I'm not in the military.

For Hardeman, the years of recovery have been physically painful, but he's too determined to ever dwell on that night. And now nearly four years after his injury, he celebrates becoming a statistic of a different kind.

"I am a statistic," Hardeman said. "You know, I'm going to be a third-generation mental health worker -- third generation. I have an aunt and a great aunt, and then it'll be me. And so those are the stats we need to keep."

With two degrees in hand and graduate school in sight, Hardeman says he doesn't have an end goal; instead, he has a mantra: