With about 60,000 members nationally, NAAGA’s focus is the change the relation between Black people and guns through fellowship, education, and training. 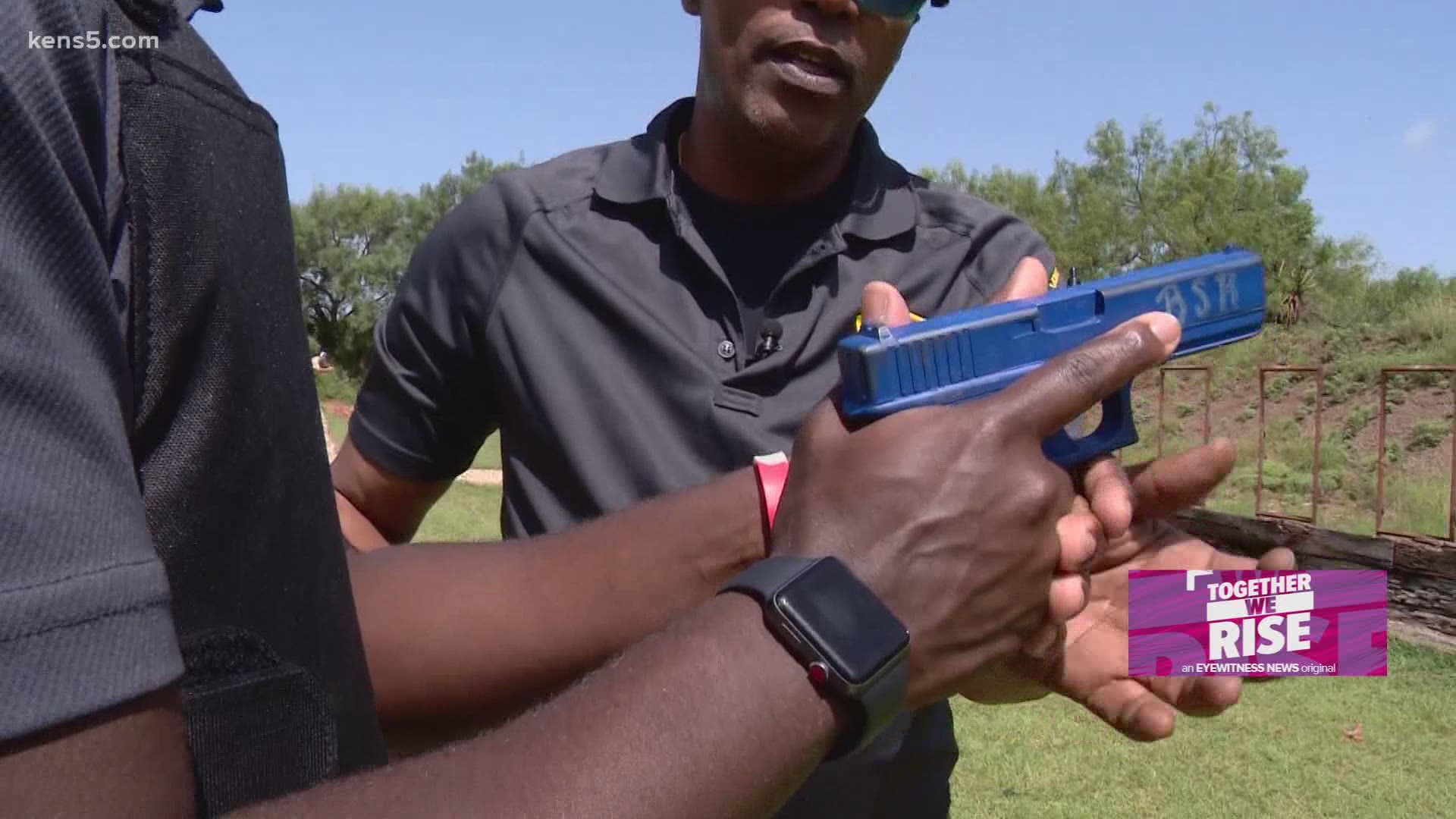 Bernard Lawson is a licensed firearms instructor and David Mosley is the vice president of the local chapter of the National African American Gun Association.

According to TxGunSense.org, African American households are half as likely as their white counterparts to have a gun in the home.

“I can remember grandparents having a gun in the house for just in case and saying hey don’t touch the gun. It was just something off limits,” Mosley said.

With about 60,000 members nationally NAAGA’s focus is the change the relation between Black people and guns through fellowship, education, and training.

“You can see it in the news where if you have a firearm arm in the car and you get pulled over there’s a fear for your life,” Mosley said.

A legitimate fear Mosley says many Black people have before purchasing a gun for the first time.

Starting in September Texans can carry handguns legally without a license or training.

“With this constitutional carry law, a person can carry concealed or out in the open on any type of holster,” Lawson said.

Lawson says any new gun owner can conquer many of their own fears with the proper training on gun laws and safety.

“Sometimes we have to challenge our fears. Come and step into a class we will take care of you,” Lawson said.

With open carry laws changing both gentlemen say the safest bet for any African American looking to exercise their 2nd amendment right is to just get trained using a gun regardless of what’s required by law.

“Do it the way it’s always been done. I think, especially for us, that will give us that extra protection or even that comfort to know we have that if pulled over or if there’s a question in mind,” Mosley said.

The local San Antonio National African American Gun Association chapter can be reached directly via their Instagram and Facebook accounts.