'Black Lives Matter' and 'Defund the Police': The movements behind the messages | Together We Rise

This summer we heard the calls for change. We saw the terms "Black Lives Matter" and "Defund the Police" debated, but rarely defined. 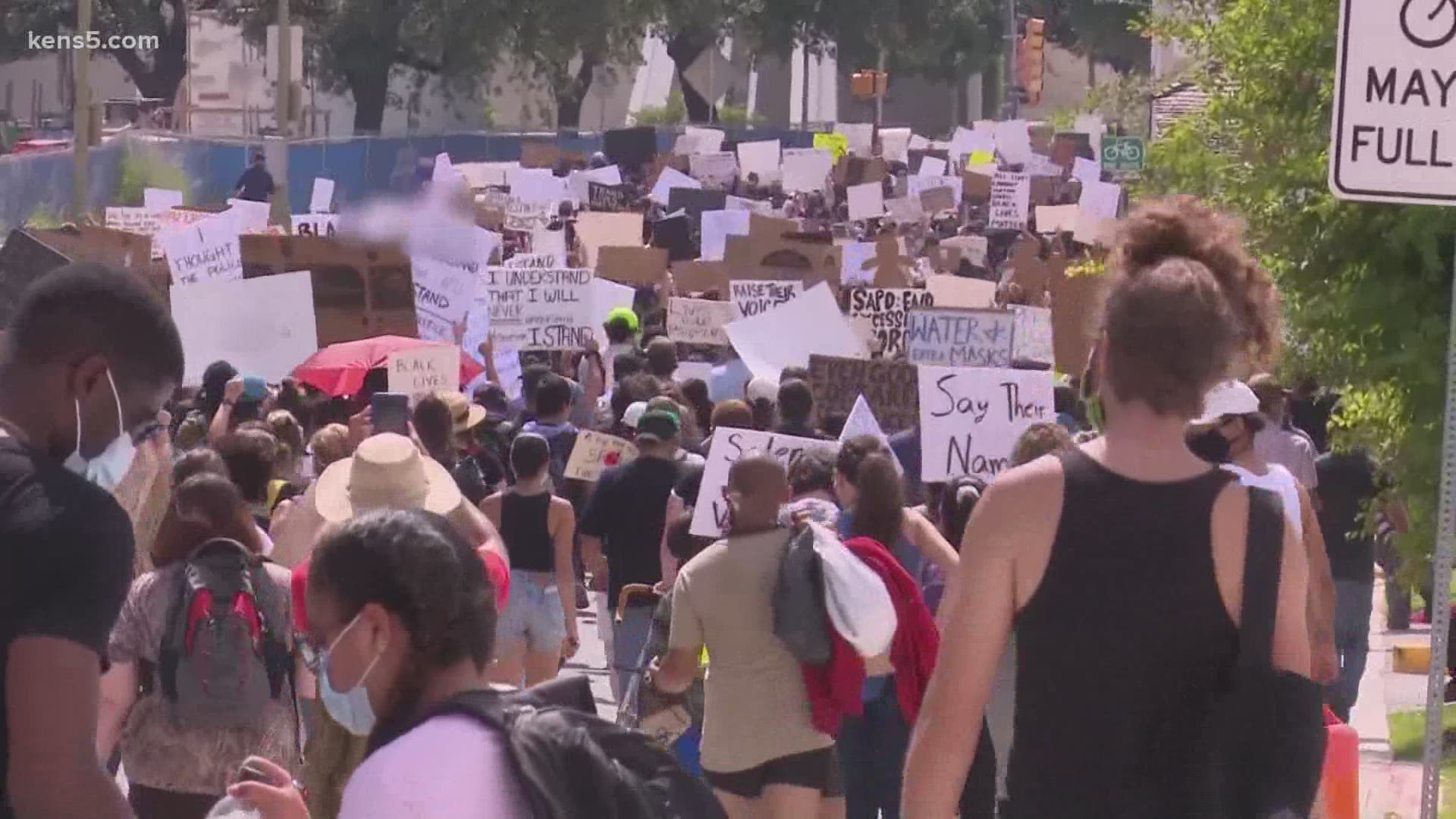 SAN ANTONIO — Language is the starting point to communication and building a bridge to understanding. Last summer, we saw two groups standing apart on either side of protests for racial justice, creating calls for change.

Kimiya Factory is the president of Black Freedom Factory, a group working for equity and diversity in the community and in the workplace. At a park near downtown San Antonio, I asked her to define "Black Lives Matter."

"We matter, our lives matter, our contributions to society matter," Factory said. "And it's so unfortunate that we have to state that over and over again because we are not treated as such by systems and institutions."

Over the summer, protests took hold across the nation. Corporations, sports teams, and government officials took up the black lives matter mantra—showing solidarity with the movement.

"I do feel though there is a lot of performance on behalf of promises that were made to activists in communities that are vulnerable over the summer at a time when we really need the system to support us," Factory said.

So what can be done to improve things?

"I believe the community deserves a seat at the table," Factory said. "I definitely want more representation of black, queer, trans, people represented on city council."

What about those who say all lives matter?

"'All Lives Matter,' 'Blue Lives Matter.' These kinds of hashtags wash out the voices of Black Lives Matter because we are saying that we matter less in society," Factory said. "The violence that we face is worse. The discrimination that we face is. It's clear—it's just very clear."

I asked Factory about the negative stereotypes around Black Lives Matter, and why so many see the group as a bad thing.

"Black Lives Matter is associated with violence, and it's associated with stereotypes," Factory said, "but the important thing to remember about those things is that we peacefully protested all through the summertime, and we abided by CDC guidelines. We were aware that we were in the midst of a global pandemic. We put our hands up. We did not resist. And society makes it a violent approach to justice. But there's nothing violent about a human life mattering."

"I hear you. We know there needs to be a change. " Powerful moment as Mayor @Ron_Nirenberg addresses protesters in San Antonio, live on @KENS5's digital platforms. pic.twitter.com/EIYYOVLKoB

"So 'defund the police' is the demand to cut funding from police departments and other law enforcement agencies and invest in our communities to solve the root of crime, which is inequality," Davis said.

"For every dollar, essentially, that San Antonio spends on safety since 2016, we've only spent two cents on housing, three cents on health, 11 cents on parks, nine cents on libraries, two cents on youth programming," Davis added.

According to Davis, city leaders have listened and made some changes, including adopting seven of the “Eight Can’t Wait” policies—measures meant to curb use of force police violence in communities.

But he said he believes that’s not enough.

"We're taught that voting is the political directive that we supposed to go with," Davis said. "This is how we exercise our freedoms. But if this system is strong enough to restrain the elected from speaking on something that's thoroughly unequal, then it becomes our responsibility to address this imbalance of power at the root. And that begins with the police."

"'Defund the police' has (been) misrepresented as this chaotic effort to bring about crime everywhere," Davis said. "You know, this idea that if police don't have resources, you're going to call 911 one and no one's going to answer and you'll be harmed.

"But the reality is that that's not the case. That's not what we're aiming for at all. We're aiming for as a model preventative health that extends so that you don't have a reason to call 911 in the first place." 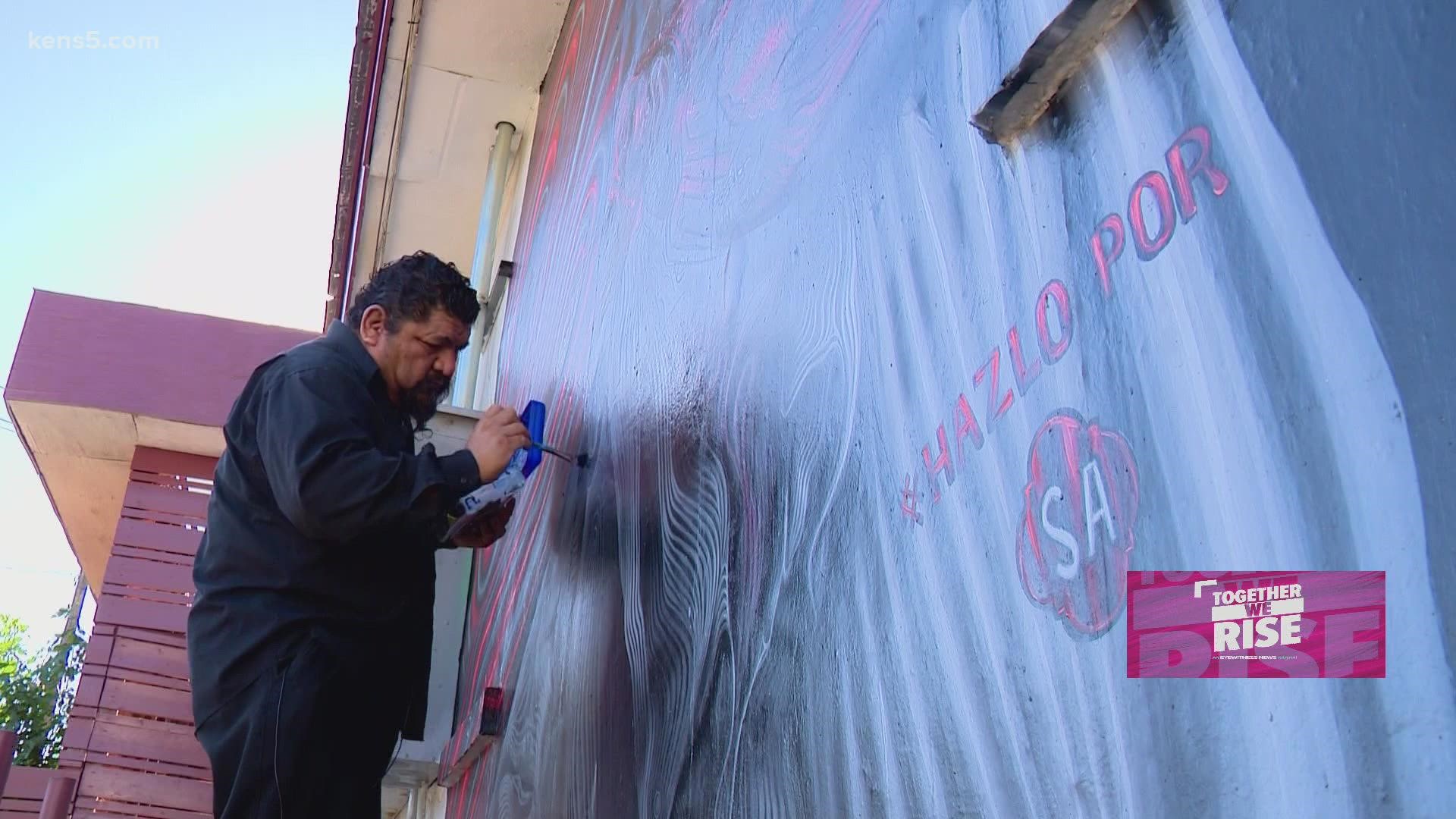