A woman sentenced in the death of the beloved local cyclist received 20 days of jail time and 10 years of probation. 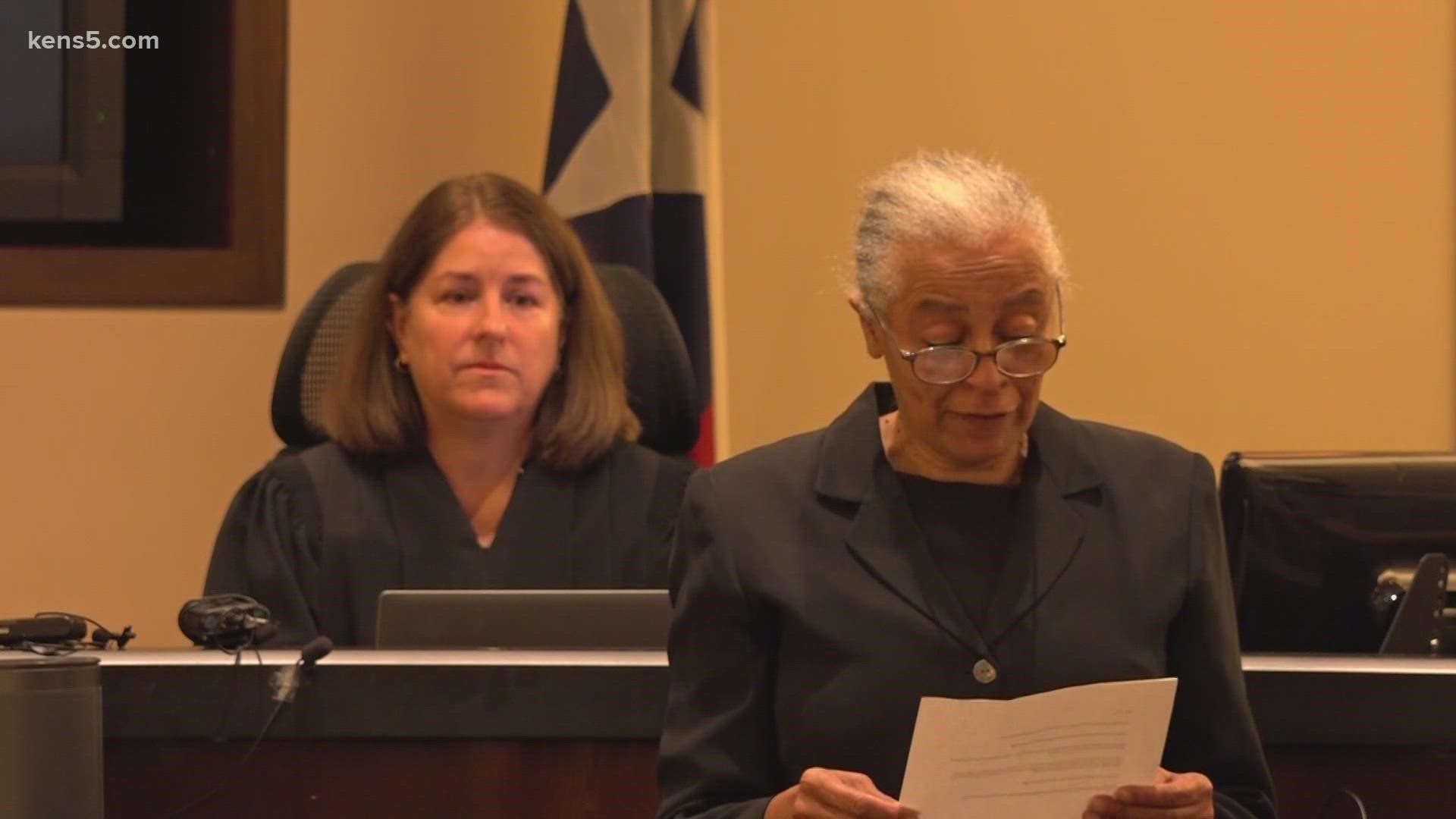 SAN ANTONIO — A San Antonio woman on Wednesday learned her fate after driving drunk and killing a well-known cyclist two years ago.

A judge sentenced Linda Mason to 20 days of jail time, 100 days of house arrest with GPS monitoring and 10 years of probation for an intoxication manslaughter charge. The family of Tito Bradshaw, whom Mason struck and killed downtown in the spring of 2019, says the sentence isn't strong enough for the crime.

Linda Mason tearfully reads an apology letter to the family. Bradshaw’s family will be reading their victim impact statements as well. pic.twitter.com/N1FfmWxdM5

After the sentence was read, Bradshaw's family gave emotional statements.

"It's a terrible feeling to feel the way I do. You took my son, you cannot give him back," said his mother, Bernice, who stood across the courtroom from Mason as she read a statement more than two years after her son died.

"I don't think today justice was served," said Harry Bradshaw, Tito's father, adding the family fought tooth and nail to get the case to a trial. "We didn't get the type of punishment we thought we were going to get. (The district attorney's office) didn't think it was a winnable case with a woman of her age with a trial jury. But I think it was wrong. I think we could have won."

Before delivering the sentence, the judge said that  in many of these cases, the system doesn't provide the justice that victims' families deserve.

"(Mason) just wanted to accept responsibility, give the Bradshaw family closure and give her life closure and get down the road on this," Hancock said.

In the courtroom, Mason read a letter to Bradshaw's family.

"I want the family of Mr. Bradshaw to know I am truly sorry for the pain my actions have caused them," she said.

Mason didn't answer questions after the sentencing was over.

"While proceeding to trial was an option, there is no guarantee of a conviction or prison sentence. After a thorough evaluation of the facts, evidence and unusual circumstances involved in this case, we determined the best course of action was to have this defendant accept responsibility for Mr. Bradshaw’s death in exchange for the maximum term of community supervision. At her time of release from probation, she will be 79 years old. Our hearts go out to the family of Mr. Bradshaw."

Bradshaw's family says Tito was a selfless person who was an advocate for San Antonio's cycling community.

Numerous murals have been built in Bradshaw's memory since his death. The victim's family hopes this case is a reminder for cyclists and drivers to act responsibly on the road.

Harry Bradshaw says that, after retirement, he may start a program educating students and teenagers about the impacts of drunk driving.

"Tito's legacy will be that his name will never really die for the people that know him. I also think that one day the world may see (Tito's son) Valentino Bradshaw on a bicycle in some great event representing not only Texas but the City of San Antonio," he said.

Bradshaw's family says his organs were donated to five people after his death.

It's unclear when Mason will have to serve time in jail.