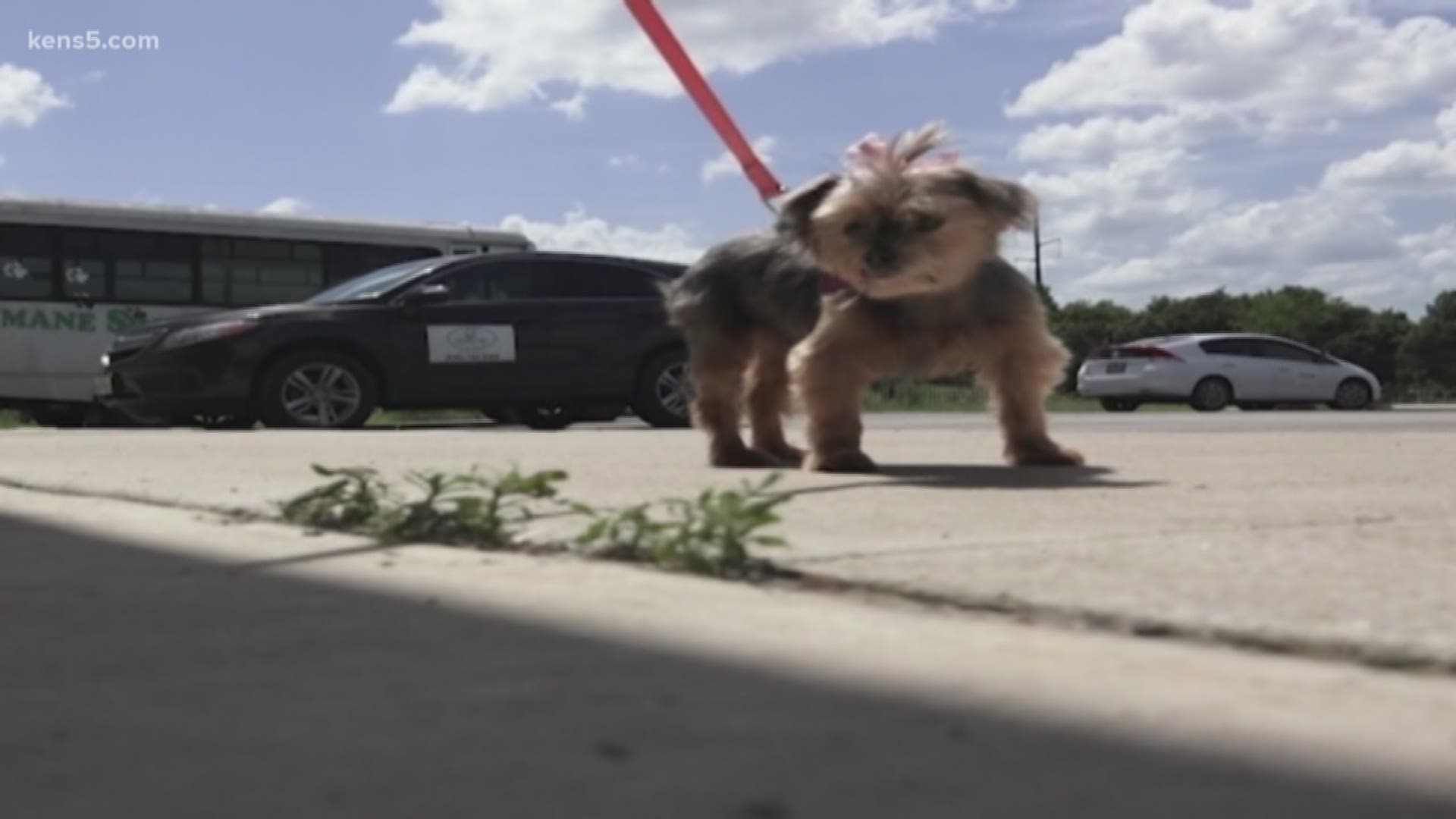 SAN ANTONIO — The Humane Society of New Braunfels is over capacity, caring for more than four hundred animals.

Unfortunately, senior dogs are not typically sought out by new owners.

“Not a lot of people walk through the door and say ‘I want a senior dog- like zero,” Sarah Hammond, Executive Director with the Humane Society of New Braunfels, said.

The staff was hoping to change that and came together to form the ‘Senior Sweeties’ program.

“We want to highlight them and let folks know they've still got a lot of life in them. They just need a retirement home so to speak,” Hammond said.

Anyone interested in adopting a ‘Senior Sweetie’ will have their adoption fee waived because these animals typically need more care.

“They are probably going to need a little bit more vet care than say a younger dog; joints and teeth,” she added.

It helps older dogs like ten-year-old Yorkie, Bella, get a second chance.

The Andersons are recent empty-nesters who they understand the challenges of caring for a senior pup but were more than willing to take them on.

The couple owns a senior home care business in Canyon Lake and wanted to adopt a comfort dog to help some of their patients who can no longer care for dogs themselves.

“She comforts people, that’s what her goal is. It’s very relaxing for people to hold a dog, especially for so many of these senior adults, have had a dog throughout their entire lives,” Tom Anderson said.

The Andersons understood the challenges of caring for a senior dog but were more than willing to take them on.

“As you can see, her tongue hangs out on one side. She is missing teeth on the right-hand side and she is actually losing a tooth on the left-hand side. So she is going to need more dental care. She also has arthritis; her legs are bowed. She has special dietary needs because she is an older dog,” Tom Anderson said.

Along with the pets already being fully-trained, there are other perks in adopting a senior animal too.

The humane society said they take in a homeless, senior animal at least once a week.

“If it’s homeless in Comal County, we are probably going to take it in and do what we can,” Hammond said.

There are also a lot of other animals available to foster and adopt.

There is also a summer special in effect until Labor Day with all regular adoption fees waived for animals between the age of two and seven.