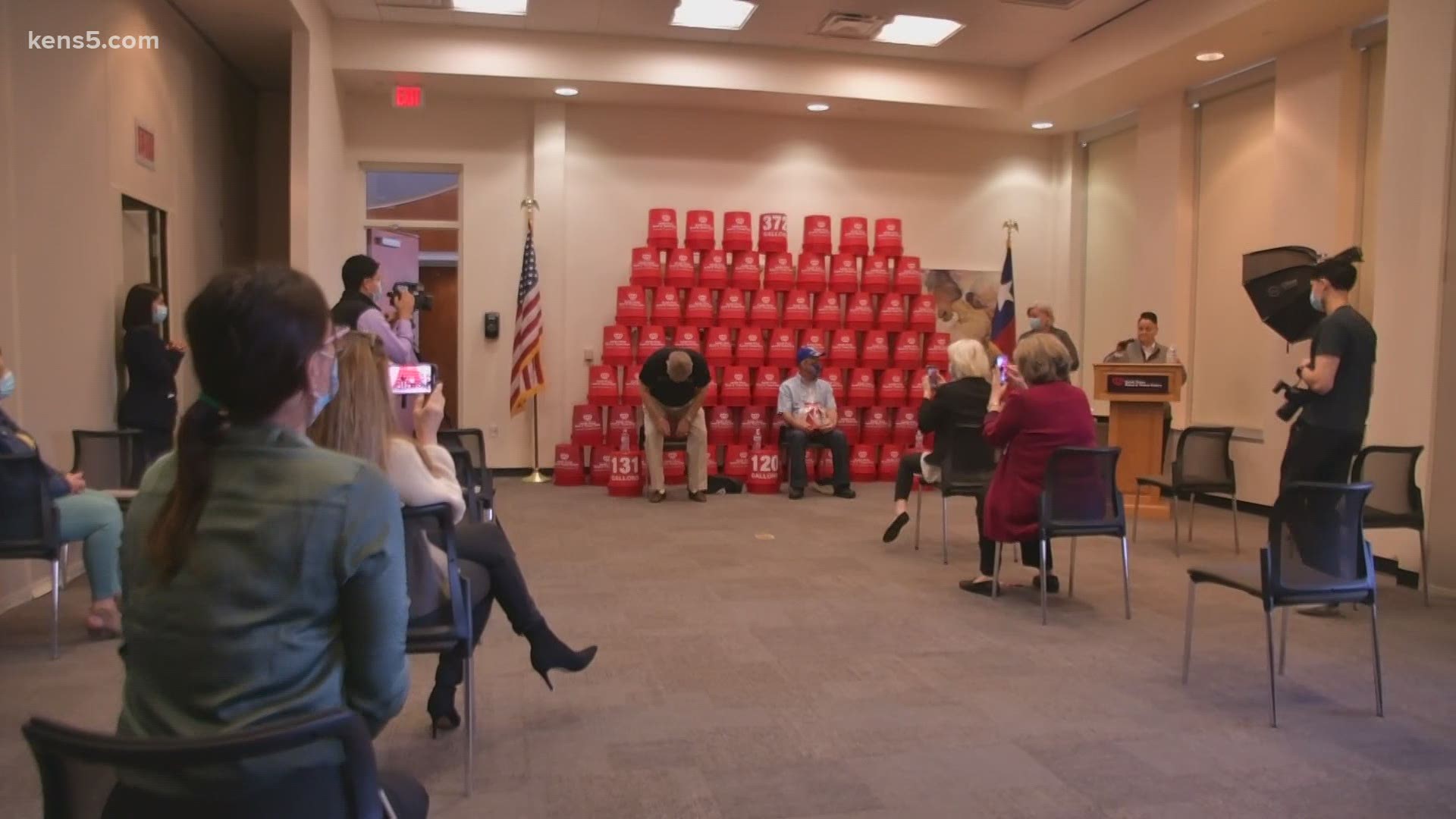 SAN ANTONIO — Three long-term blood donors are being recognized as "All-Star" donors. The South Texas Blood & Tissue Center says the trio has given more than 350 gallons over the years.

Ron White has a simple philosophy that’s brought him a long way.

“Instead of running to the bar and having a couple of cold ones before you go home, well -- one day out of seven weeks, go donate blood,” he said.

Ron White, Marcos Perez, and 90-year-old Gerald Perkins have each donated more than 100 gallons of blood.

One of Ron’s inspirations was a four-year-old girl named Arden Cantwell, who is fighting leukemia. She came to the South Texas Blood and Tissue Center and thanked him personally for his donation.

“As many blood components as she got, as many platelet donations as she’s gotten, I am certain that she probably at some point received platelets from all three of these donors,” said Arden’s mother, Kim Cantwell.

The two haven’t seen each other in more than fifteen years until Thursday when Cantwell came back to thank all three of them for helping to save so many lives.

“I mean they’re heroes. They’re doing this amazing thing giving blood to save so many people,” Cantwell said. “So it’s amazing to be able to meet them and thank them.”

The South Texas Blood & Tissue Center’s Senior Director of Donor Recruitment Stephanie Nunez-Leos says they are hopeful these three will inspire more people to come and donate blood as their inventory of life-saving blood is still at critical levels.

“We’re hopeful that their message is being heard today and the challenge, I hope, will be accepted by others as they listen to it -- to come out and donate blood with us as soon as they can,” Nunez-Leos said.

The South Texas Blood & Tissue Center wants donors to know that receiving one of the COVID vaccines available in San Antonio, the Pfizer vaccine and the Moderna vaccine, will not impact their ability to give blood. There is no waiting period after receiving a vaccine for donating blood as long as you are feeling well and healthy.

Donors can call 210-731-5590 to make appointments or visit SouthTexasBlood.org.