Hunger doesn't know a holiday. This week, the San Antonio Food Bank has given out tens of thousands of meals. 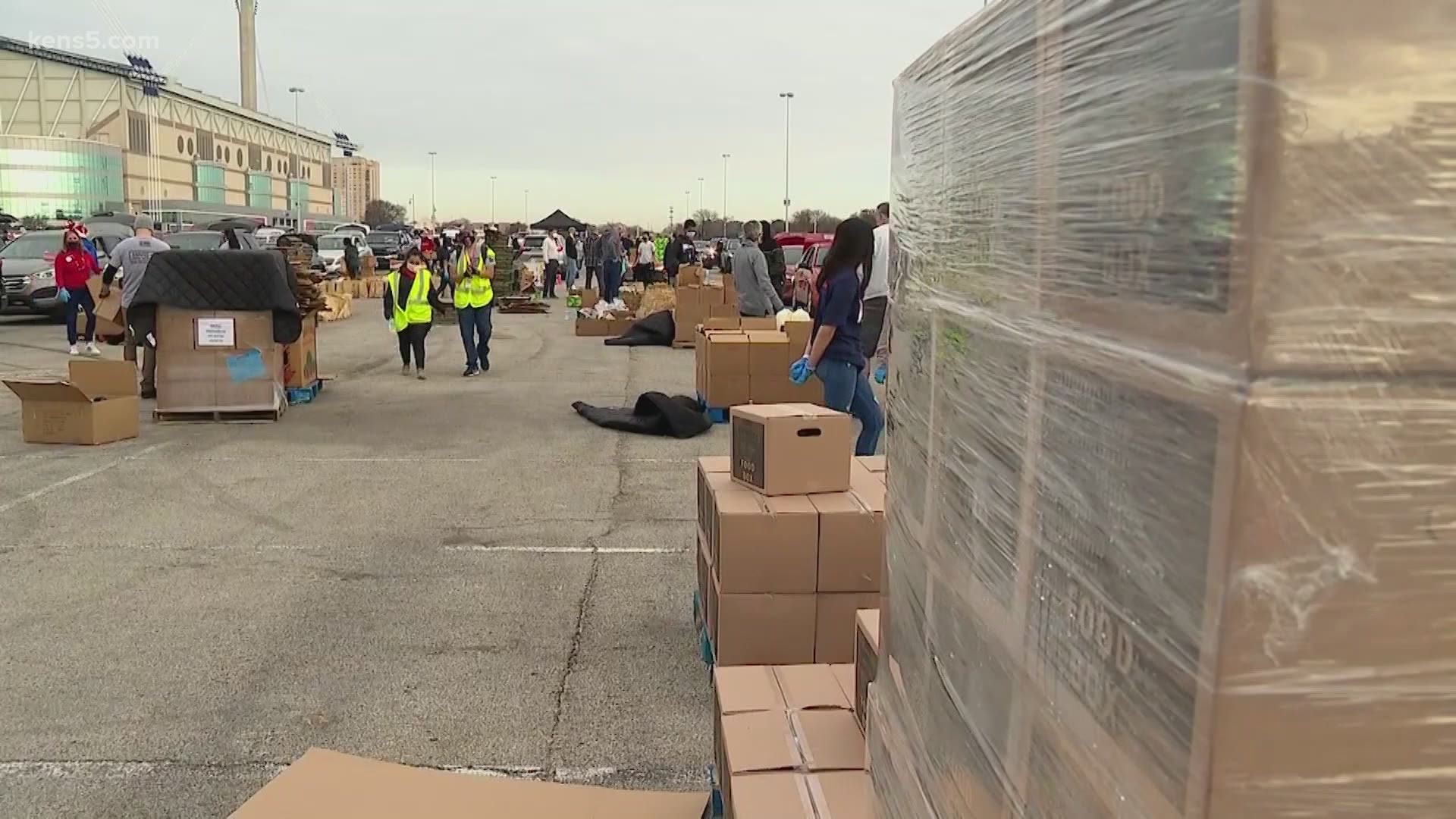 SAN ANTONIO — Hunger doesn't know a holiday. This week, the San Antonio Food Bank has given out tens of thousands of meals.

They gave away brisket, sausage, chicken, and more to people in need. President and CEO Eric Cooper said each family deserves a special meal at Christmas.

"The power of food, it can make people feel special," Cooper said. "I think I want that for every resident of our city, right? To feel special."

He said the food bank is still serving about 120,000 people each week, twice the amount they're used to since the pandemic began.

"I know COVID has taken a lot," Cooper said. "It's taken jobs, it's taken savings, it's taken lives, we're just trying to keep it from taking Christmas."

Cooper said dedicated volunteers and generous donations are helping them maintain the spirit of Christmas. On Wednesday, a big donation came in from John Soules Foods.

"They donated a semi-truckload of chicken," Cooper said.

More than 38,000 pounds of protein was given to the food bank. Many families picked up their share Thursday morning during the food bank's final distribution of the week.

"A semi-truckload of food goes pretty quick for with the demand we're serving," Cooper said. "We're going through between 8 to 16 semi-truckloads a day."

When Christmas is over, the need will still be here, but Cooper's heart is full knowing his neighbors are cared for this season.

"I can't say thank you enough to our amazing city and those who have supported us," Cooper said.

Cooper hopes the generosity of others continues through the new year.