LaMarcus Aldridge is the impetus behind the initiative, and is donating thousands of dollars of his own money. 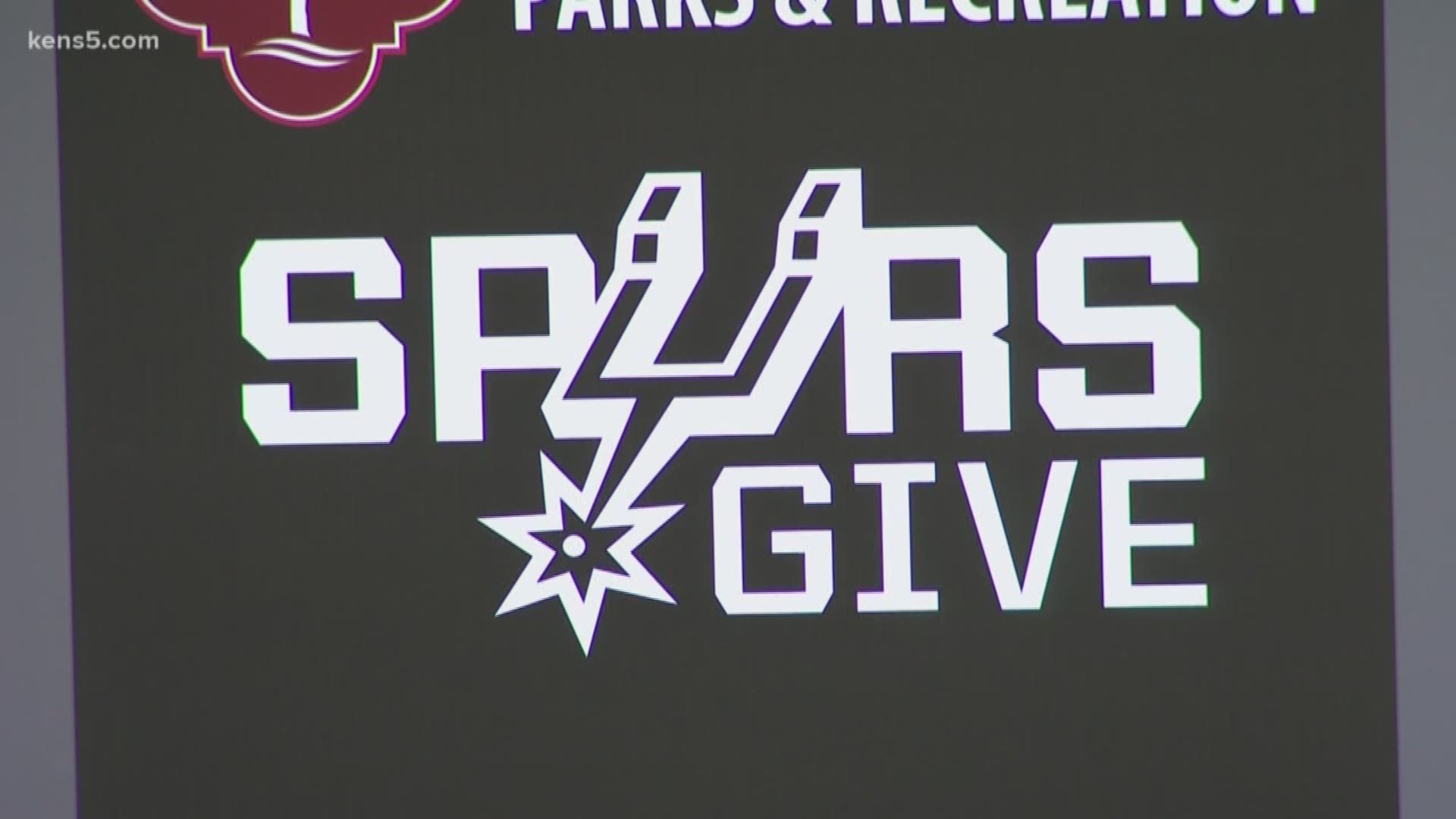 SAN ANTONIO — The Spurs' official nonprofit is celebrating a new name with a big donation to the city the team calls home.

Silver and Black Give Back is now Spurs Give, and the first charitable act under the organization's new name is donating $1 million to the San Antonio Parks and Rec Department. Spurs officials say it was LaMarcus Aldridge who brought the idea to them, and the San Antonio center himself is donating $100,000 to help improve and invest in local parks.

"I try to give back when I can and I think this is something that is close to my situation and my heart, so I just wanted to join in and try to help," Aldridge said.

One of the first parks to see improvements will be Woodard Park on the city's east side. Spurs Give is hoping for more partners to join their effort and help improve as many Alamo City parks as possible.

RELATED: Spurs get shut out of All-Star Game for first time since 1997