Sex parties during a pandemic? Neighbors voice concerns over what they claim is happening next door.

Deputy City Attorney Jose Nino said they have investigated the home numerous times and have found no violations of the law. 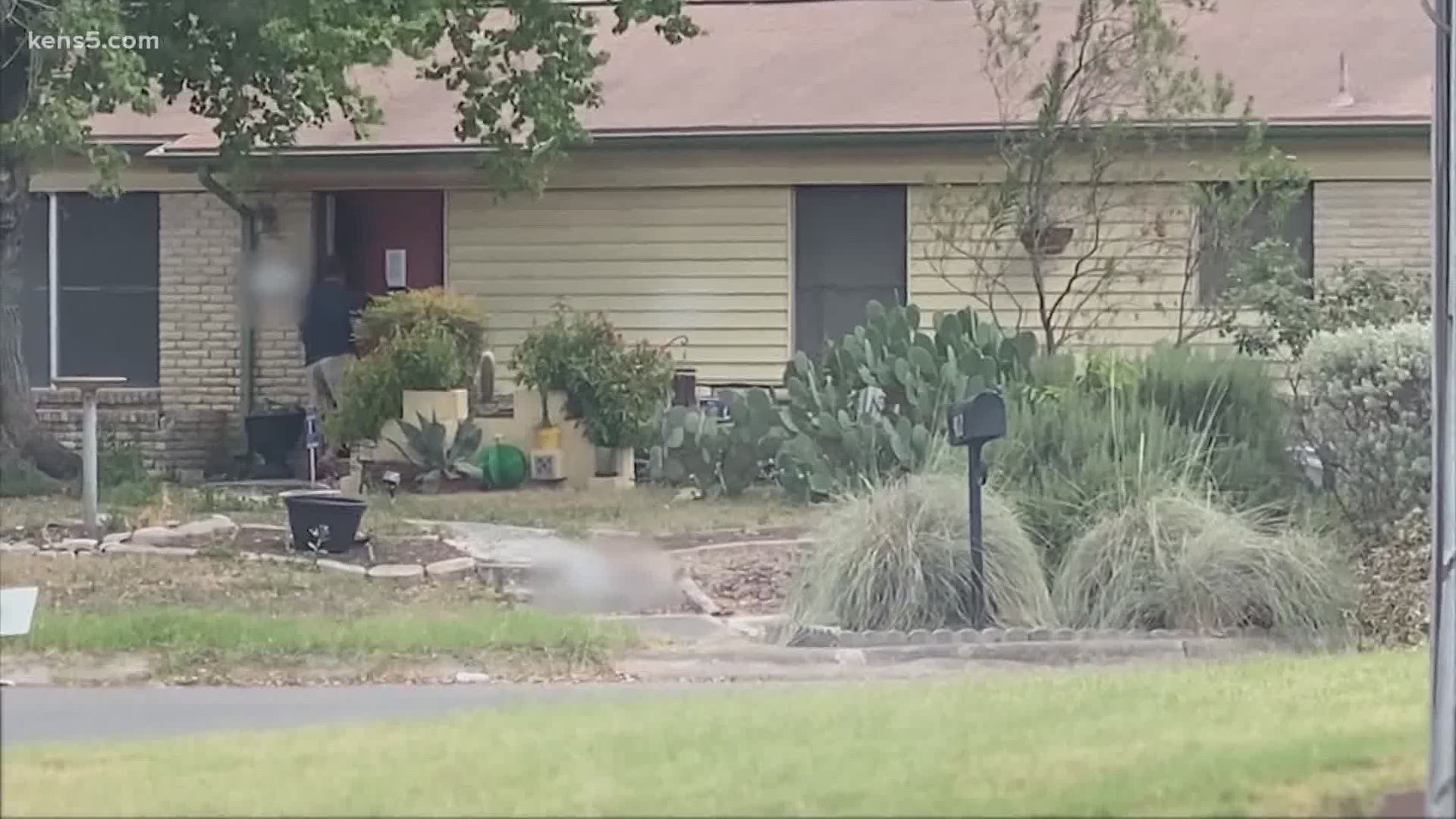 SAN ANTONIO — Sex parties during a pandemic? It’s what residents of a north-side neighborhood claim is happening next door on a daily basis, sometimes even twice a day.

Two neighbors spoke with KENS 5 on the condition of anonymity because they fear retaliation from homeowners and the numerous people they and members of the Eyewitness Wants to Know team have seen coming in and out of the home.

The parties appear to draw quite the crowd. One neighbor said she had seen as many as 24 cars parked outside the home at one point. The advertisements, which are too graphic to feature, ask people to hail ride-share apps to the home.

After tires of cars on the block were slashed last year by an unknown vandal, neighbors said they received a letter from the owner of the home where they allege the parties are occurring. The letter stated neighbors would be under constant surveillance moving forward.

Neighbors have reached out to the San Antonio Police Department, the mayor’s office, code compliance and their city councilman’s office, but they said they have received the same response: “Where they can't do anything about it, you know,” one neighbor said. “Or takes time, or whatever, to prove.”

Records released by the San Antonio Police Department revealed that officers were called to the house more than two dozen times since the start of the year. Neighbors thought that, due to the pandemic, the parties would end. One neighbor said the gatherings stopped for a while at the onset of the pandemic but picked back up after Texas businesses were allowed to reopen.

“Go have your fun, but don't take the city down with all your customers you’re having daily,” another neighbor said.

Deputy City Attorney Jose Nino told KENS 5 in an emailed statement, "The city has investigated this property on numerous occasions and to date has observed no violations of the law or emergency declarations. If concerns persist, we encourage residents to call 207-SAPD or 311 so that we may investigate the property.”

Eyewitness Wants to Know caught up with one of the owners of the home where the parties are alleged to be occurring. He refuted the neighbors' characterizations of the gatherings, telling KENS 5, “There’s always going to be a Karen or two in the neighborhood.”

He echoed Nino and said he is doing nothing illegal and will continue the parties, which he said consist of watching sports and talking.

Robert Gebbia, local attorney with Hoelscher, Gebbia and Cepeda, PLLC, said he isn’t buying the city’s stance. He said if the city will not step in, neighbors will likely have to file a nuisance lawsuit in civil court.

"To say that the government can't do anything, I think, is a little bit disingenuous because they could do just about anything that they want to do,” Gebbia said. "Why do they not want to get involved is the real question.”

One neighbor said a nuisance lawsuit is cost-prohibitive, but has plans to start a petition calling for an end to the gatherings. One neighbor told KENS 5 she does not want to move, while the other said she would simply like the social gatherings to stop.