SAPD looking for man who allegedly damaged local seminary with bat, placed Spurs jersey on statue of Jesus before bashing it

If you have any information, contact San Antonio Police. 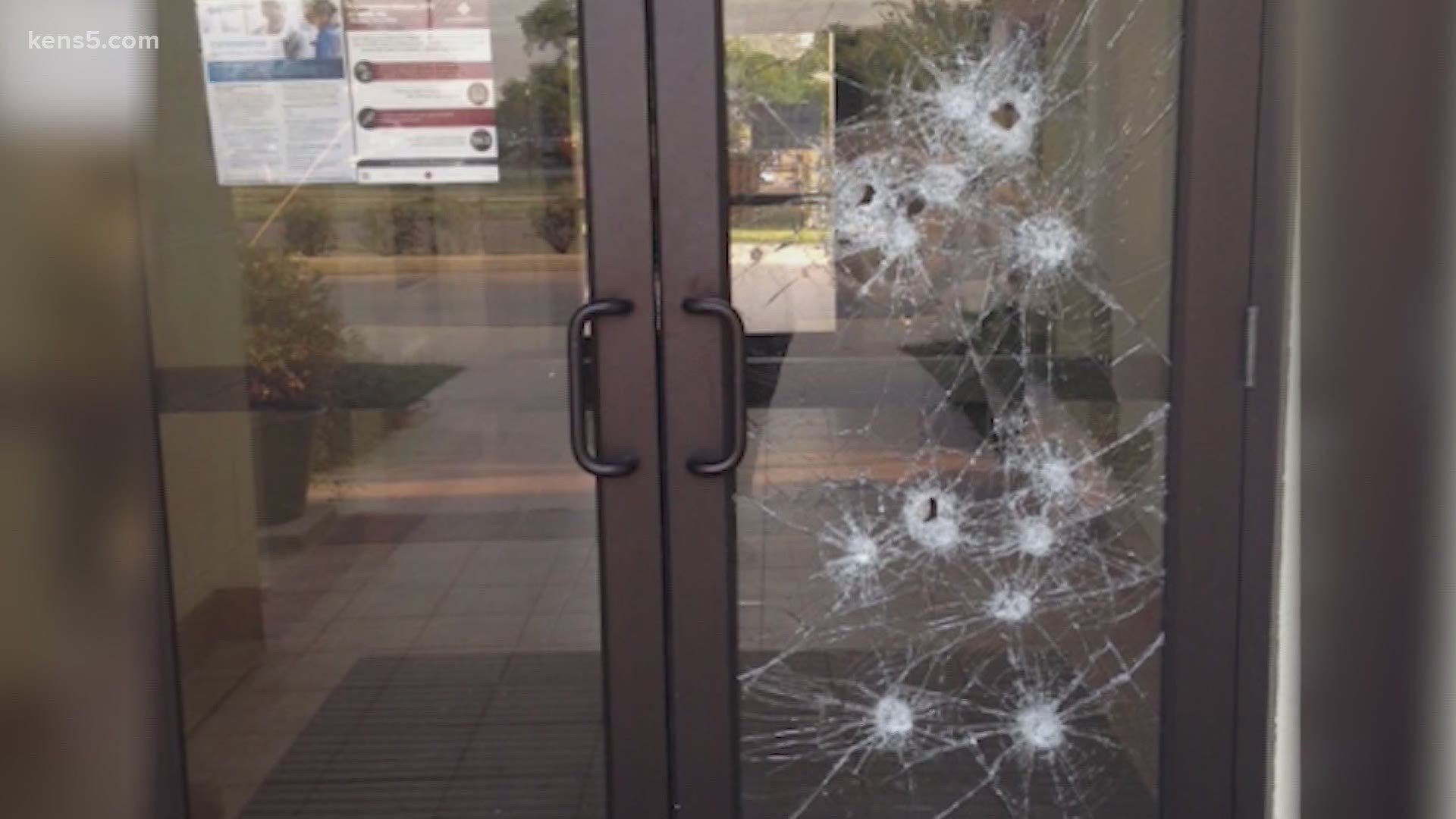 SAN ANTONIO — San Antonio Police are looking for a vandal who damaged a seminary with the local archdiocese. According to authorities, the man smashed glass doors and a statue of Jesus.

The Archdiocese of San Antonio said the suspect was carrying a baseball bat, which he used to bash away at glass doors and damage the outdoor crucifix.  It happened Thursday night after 10 p.m. At one point, he even placed a San Antonio Spurs Jersey around the head of a statue of Jesus.

"He went to another side and kept smashing it," the priest said of the suspect's actions.

According to the priest, the man then went after the outdoor crucifix in front of a chapel and broke off a foot of Jesus, which is also when, according to Ngyen, the suspect placed a Spurs jersey around the head of the statue.

The vandal also had an audience.

"His behavior (was) unpredictable and violent," he said.

The seminarians stayed inside and didn't get involved during the incident; no one was injured. Police were called to the scene, but not before the suspect got away. Police say he may have dropped a piece of clothing and left it behind.

Below is part of a statement from the Archdiocese of San Antonio:

"Archbishop Gustavo García-Siller, MSpS, expressed his gratitude to the Father Nguyen and Father Daniel Villarreal, director of Vocations and Seminarians for the Archdiocese of San Antonio, for their attentiveness to this unexpected situation.

“We pray for the person who committed this painful act; he is in our prayers. As with many other things that have been happening in this regard, may our hurt lead us to love even more, and even better. We assure our seminarians of our prayers and our support as we seek resolution to this.”