After the march, there will be a commemorative program with Mayor Ron Nirenberg and other national, state and county officials. 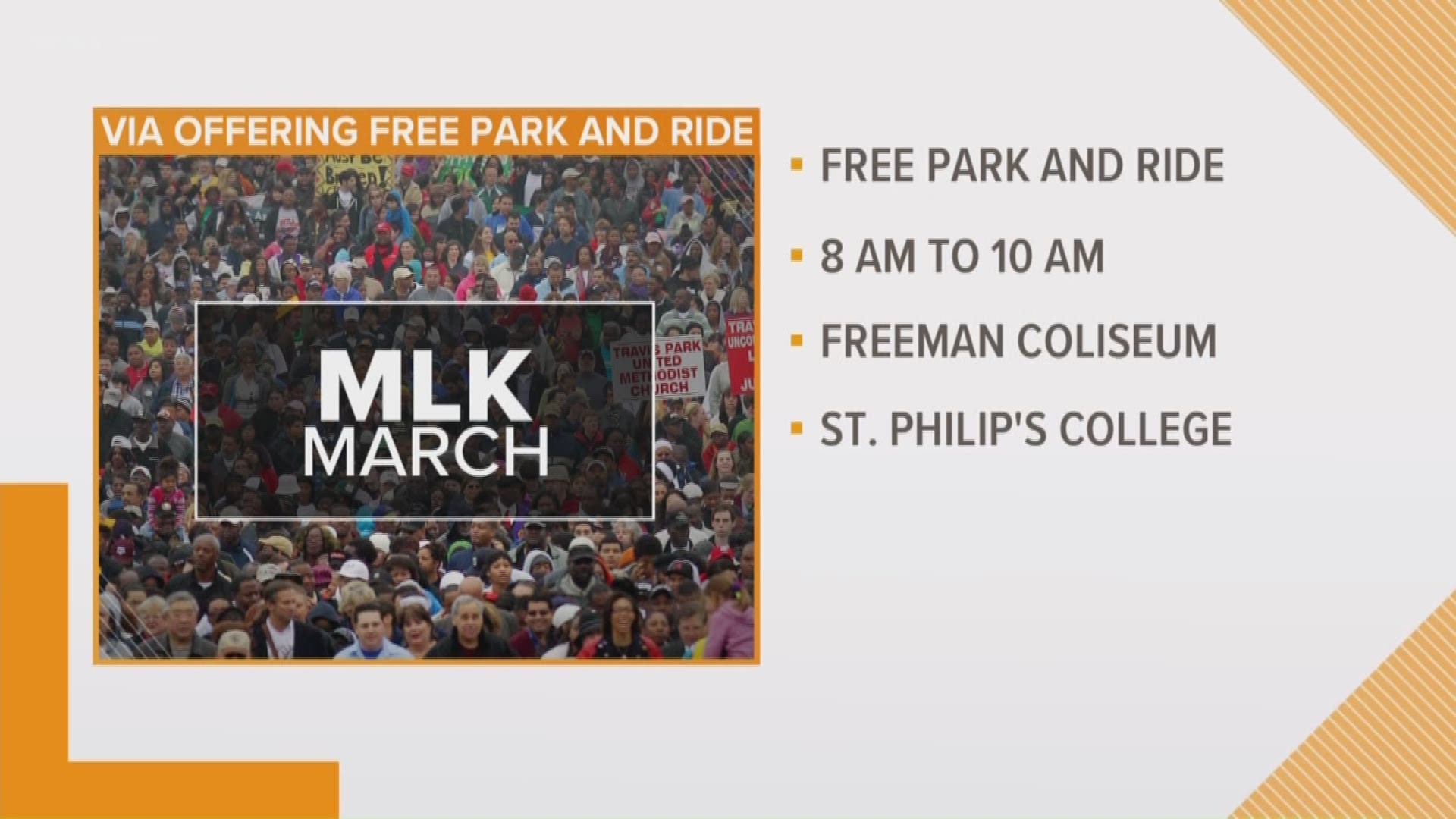 After the march, there will be a commemorative program with Mayor Ron Nirenberg and other national, state and county officials.

“Every year, the people of San Antonio come together and celebrate the largest MLK March in the world. We march not only in an act of solidarity to honor Dr. Martin Luther King Jr.’s legacy, but to advance his vision of love, peace and justice for all, “ said Mayor Ron Nirenberg.

Information for VIA Metropolitan Transit Park & Ride is as follows:

The drop-off point for service to the march will be on MLK Drive, west of Upland Drive. Buses will return passengers to the original pick-up locations from 12 to 3 p.m., the press release says.

Road closures are as follows: