Another night of freezing temperatures is on the way to the Alamo City, but there are places offering shelter for those who need it. 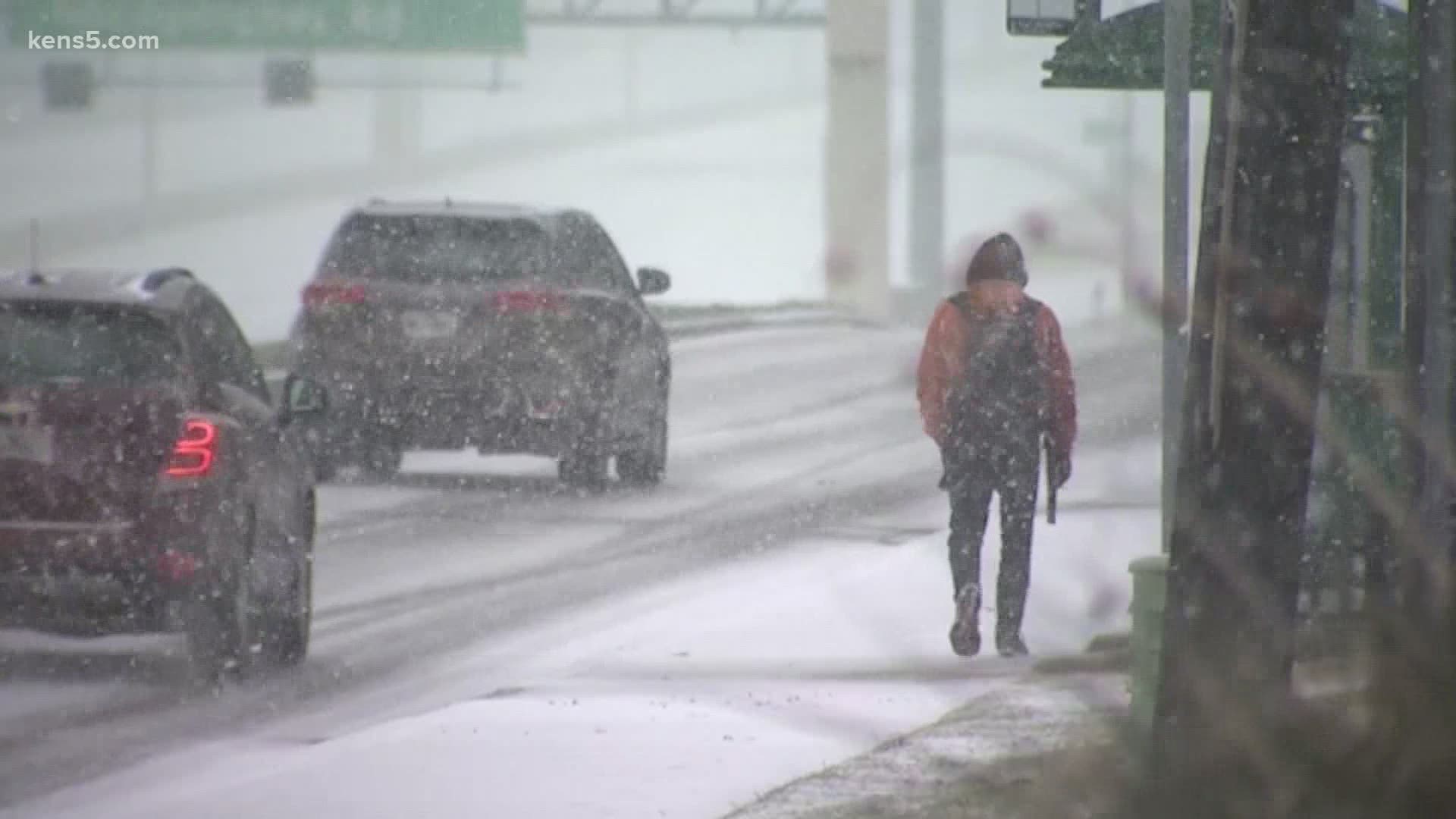 SAN ANTONIO — Ben Trammell, the lead pastor at University United Methodist Church, says they had some food, heat and water, so they opened their doors for people seeking shelter from the ongoing winter storm.

“Today it’ll be interesting to see what ins and outs we have because the roads are rough with the snow currently,” Trammell said.

He says that, so far, they’ve housed up to 50 people at a time but have the capacity to shelter three times as many. Trammell said they’ve been able to retain electricity and provide hot showers for those who have gone without.

“A guy checked in last night from Alaska and was like, 'Nothing like this has ever happened since I’ve lived in Texas.' It was his first shower in four days,” Trammell said.

Both of these warming centers will be open to families in need through Friday.

“Amidst all of the heartache, there’s still someone being kind, or you see the snow falling it’s beautiful," Trammell said. "But I wish folks were sheltered from it and until that’s true we’ve got work to do."

They say if people need the help and can make it safely, there will be a spot waiting for them on the inside.