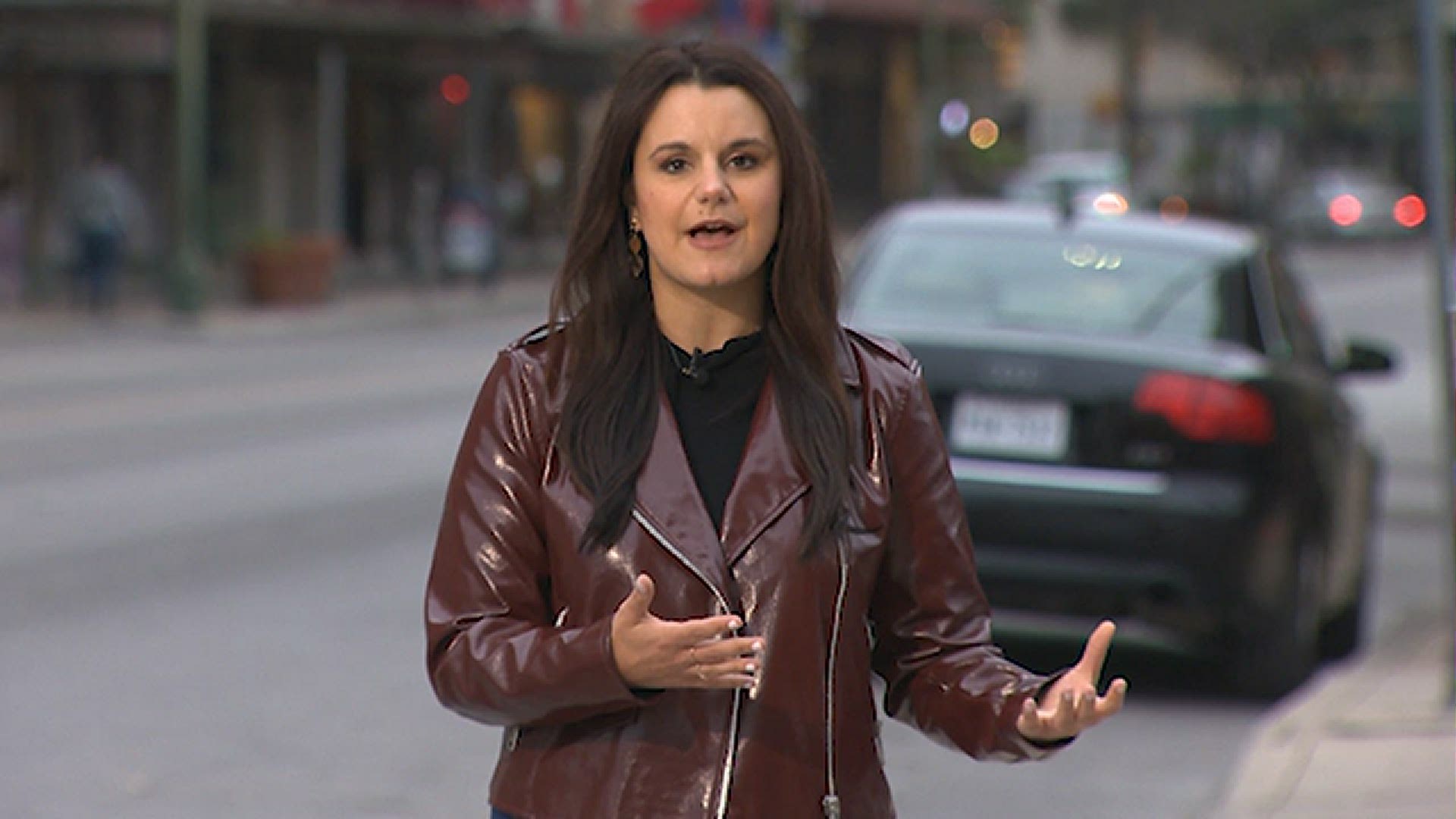 SAN ANTONIO — When people seeking asylum are released to meet with their families or sponsors across the country, they often need help to get there, or aid with food, clothing and shelter until they do. San Antonio non-profit organizations including the Interfaith Welcome Coalition and Catholic Charities of San Antonio help to fill in those gaps, providing a variety of resources to people seeking asylum.

Leaders say they've been watching the southwest border and administrative decisions closely and have not yet seen a surge like they saw in 2019, though they have noticed an uptick in recent months. They've been preparing for an increase in need, though it's tough to discern exactly how much to expect – but they plan to support people in any way possible, and are welcoming additional help from the community.

San Antonio's Interfaith Welcome Coalition volunteers meet people seeking asylum at the bus station and airport to ensure they have travel plans and tickets to board, and to help them navigate the system.

"Typically people are released at the border and make their way up to San Antonio, or they’re released from the local detention facilities at Dilley and Karnes," said Daniel Klein, board chair of the Interfaith Welcome Coalition.

Klein says when people make their way up from the border, they typically don't have travel plans in place yet and may need help booking that travel; at times, they need overnight lodging and food. When they're released from local detention facilities, he says travel is usually already arranged.

"So on a very good day, we receive notice the night before or early that morning of how many people are coming from Dilley or Karnes to the airport or the bus station so we can have volunteers ready, we can have supplies ready, backpacks with food and other essentials and games for the kids to play with and a blanket if it’s wintertime, and clothes if they need it which occasionally they do," Klein said.

The IWC saw major increases in need in 2018 and 2019, but Klein says when the previous White House administration instituted the new Migrant Protection Protocols policy, that influx diminished, especially from Central America. They shifted much of their focus to the border, using money raised to help border organizations helping people stranded on the other side of the border waiting for asylum or refugee status.

"Now there’s another administration and the policies have changed," Klein said. "MPP has changed. And policies regarding children have changed. And there’s also been… a lot of communication with people in Central America specifically, thinking the borders are open so more people are coming through."

Klein says many advocates and volunteers expected an increase. Other organizations and leaders with decades of experience handling and witnessing immigration rates at the southwest border say there is also typically an increase in the warmer months.

"We’ve been preparing for months," Klein said. "We knew things were, we had a good idea things were going to change. We’ve been working closely with the city of San Antonio which has been a steadfast and loyal partner of us for many years, and they have assisted us with some of the lodging expenses at local hotels Our volunteers are trained in proper COVID precautions. For us, it’s business as usual- we just continue to do what we’ve always done- welcome the stranger and help people along the way to a better life."

Catholic Charities of San Antonio also plays a crucial role in serving unmet needs. The organization takes its mobile relief unit to the border when there is a surge, has provided aid in Karnes City, Dilley, Del Rio, Eagle Pass, Laredo and McAllen, and helped people.

"We help with clothes, food, hotels, bus tickets, whatever we can provide if we are asked to do that," CCOSA CEO Antonio Fernandez said.

He says CCOSA has seen an increase in migration over the past two to three months, but nothing like what they saw two or three years ago.

"At the end of the day right now we are just trying to find out what people need," Fernandez said. "It’s intangible, we don’t have 500 or 300 people coming in a day. The demand has not been as big as 2 or 3 years ago, it might be soon but we just don’t know."

In the meantime, they're working to prepare for what the Department of Homeland Security expects will be a major increase.

Meanwhile, Klein says the IWC also hopes to show people they are welcome and cared for while in San Antonio.

You can learn how to donate or volunteer with the IWC, which requires background checks and training, here.

"We make it clear that here in San Antonio, we are a diverse city of many different faith groups, ethnicities and races and people come together and we always have," Klein said. "When we greet people they’re very happy to see us and they feel great about the fact that they have arrived at a place they feel is going to be safe."

RELATED: Inside Texas Politics: Congressman believes it will take more than $4 billion to solve border crisis

RELATED: 'They're scared and alone': Immigration advocates describe what teen migrants experience in detention centers such as Dallas