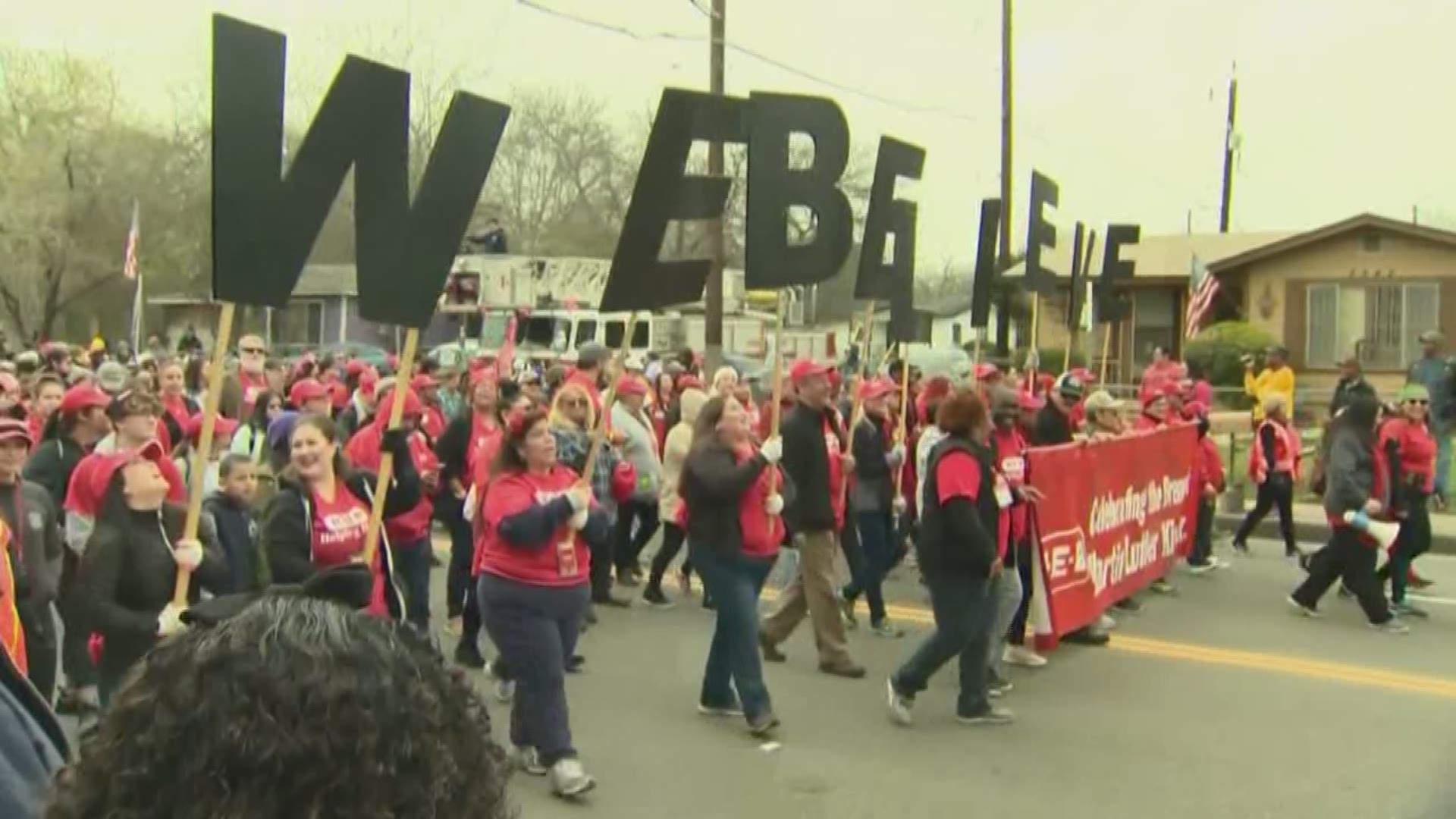 SAN ANTONIO — On Monday, hundreds of thousands hit the streets to remember a man who had a dream. San Antonio is home to the largest march to celebrate the life and legacy of Dr. Martin Luther King Jr.

About 300,000 people were expected to attend the MLK March that is nearly a three-mile stretch.

On Sunday, people were already paying their respects at MLK Plaza, where several wreaths surround the statue of a man who did so much.

San Antonio residents Karissa David and Lina Gallegos had to stop for a special moment.

"I don't think they give him enough credit, except for just one day," Gallegos said. "He taught everybody a lot.

"This is so good that we have this statue to always remember what he taught us," David said. "Martin Luther King was a huge influence and he doesn't get enough credit."

Erasmo Garcia works across the street from the statue.  He too paid his respects. Garcia wants everyone to remember this simple message.

"Love," Garcia said. "Love yourself. Love everybody else."

David and Gallegos spread the same message at the march Monday. They say it is a message needed now more than ever.

"We have to live out his dream for him, that's why we have to go march to carry on his legacy," David said. "And to always remember what he put out there. This dream that I have of world peace, and that we can all love each other can be accomplished. It can be accomplished if we all come together." 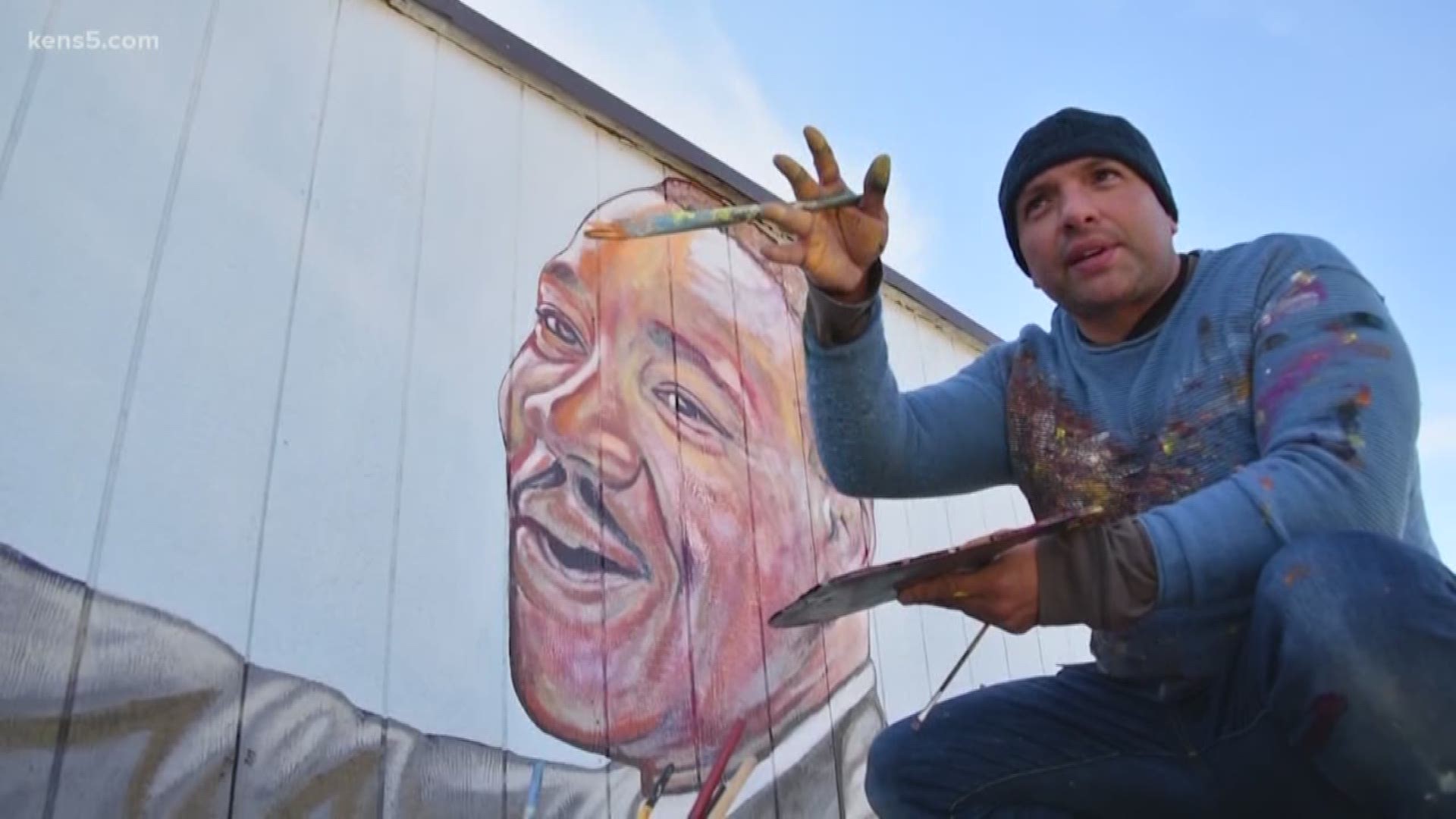