The Alamo City hosts the largest march in the nation with an estimated 300,000 participants. 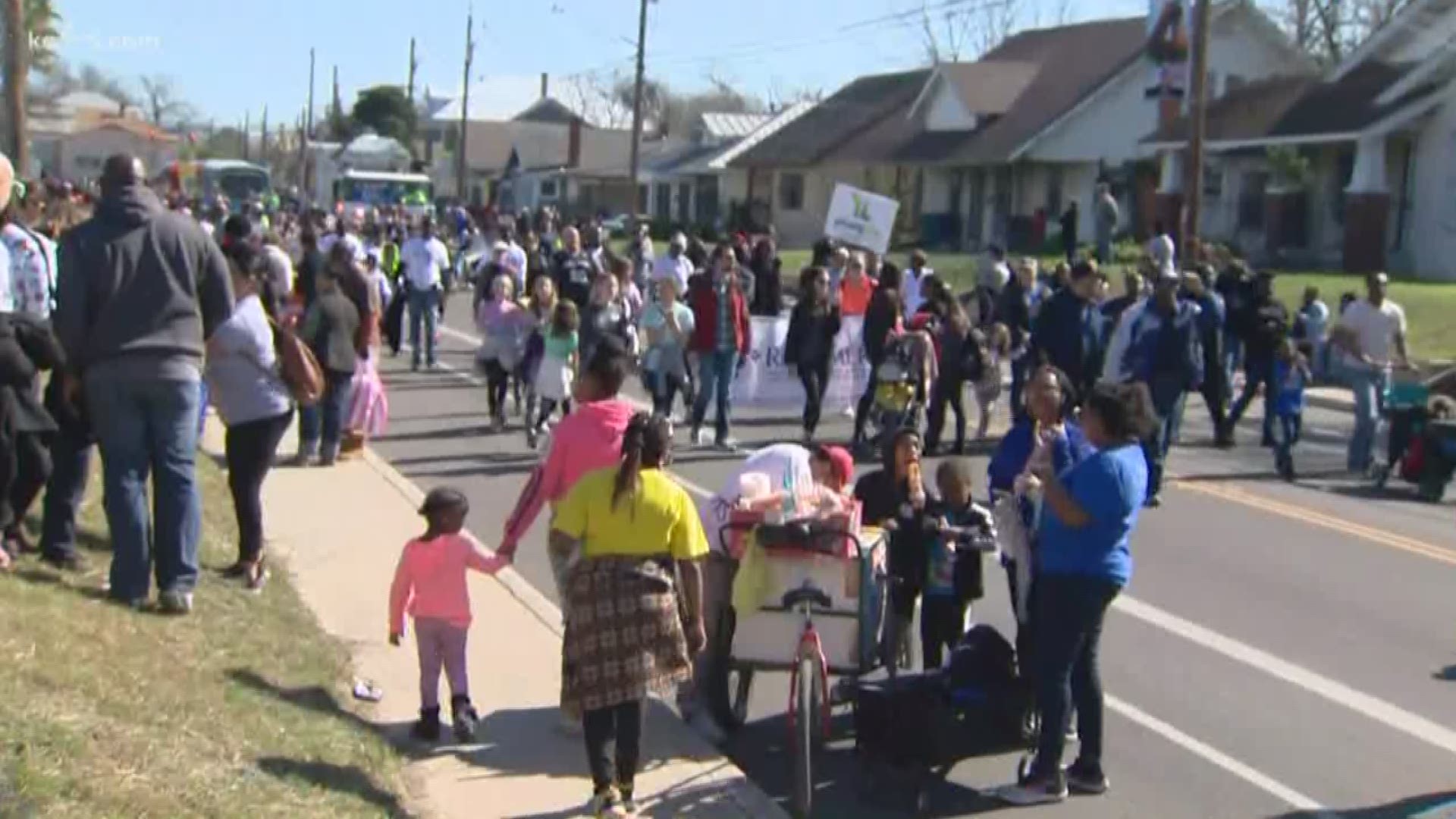 SAN ANTONIO — Thousands gathered in San Antonio for one of the largest MLK Day marches in the country.

The march to honor Dr. Martin Luther King, Jr. kicked off at 10 a.m. Monday morning at the MLK Academy at 3501 MLK Drive. The march ends at Pittman-Sullivan Park.

Approximately 300,000 people were expected to participate in the march, making it one of the largest, if not the largest, march in the nation.

According to the MLK Commission, the late Reverend Dr. Raymond "R.A." Callies Sr. organized the first March for Justice in 1968 to call attention to the need for basic infrastructure on the east side.

Since then, hundreds of thousands have flocked to the Alamo City to participate in the march.