Vicki Wilson and her sister Carolyn Brown had been trapped in their home for four days. 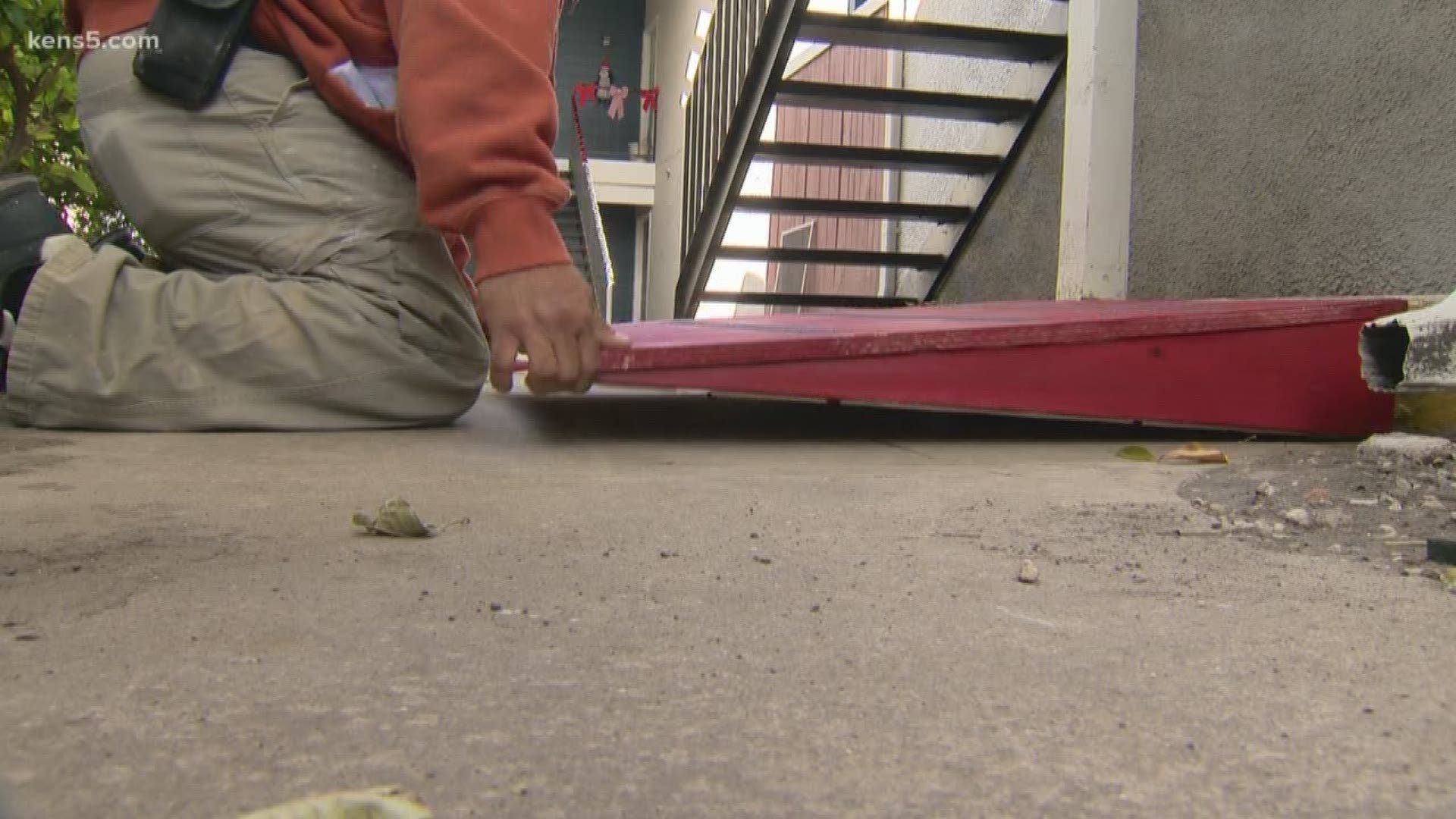 SAN ANTONIO — San Antonio answered the call when two sisters were stuck inside their home after their wheelchair ramps were stolen on Thanksgiving.

Random strangers offered to help Vicki Wilson and her sister Carolyn Brown after they saw the story on KENS 5 on Saturday.

He is a handyman who fixes just about everything. Roy said when he was building the ramps Monday night, his 5-year-old son offered to help. He helped paint the ramps red, which he said he did that color because it is Christmas. He said he was able to teach his son a lesson: Sometimes, you just have to help people in need.

The sisters said they're thankful, but are still in disbelief that someone would steal the wheelchair ramps they depend on to leave their apartment. They use a walker and electric wheelchair to get around, but without the ramps they were virtually trapped if they didn't have assistance.

Wilson's son was visiting for Thanksgiving when he went outside and noticed both of the ramps were not there.

"The whole next day, I was just so blue," Wilson said. "Speechless. I was just sad that somebody would be that evil to come and take something from a handicapped person; it's just inconceivable to me."

However, Sunday was a new day, and Wilson said she was feeling hopeful.

"It restored my faith," she said. "There are good people out there that are willing to help you out."

Less than 24 hours after the story aired, KENS 5 received multiple messages from people wanting to help out. 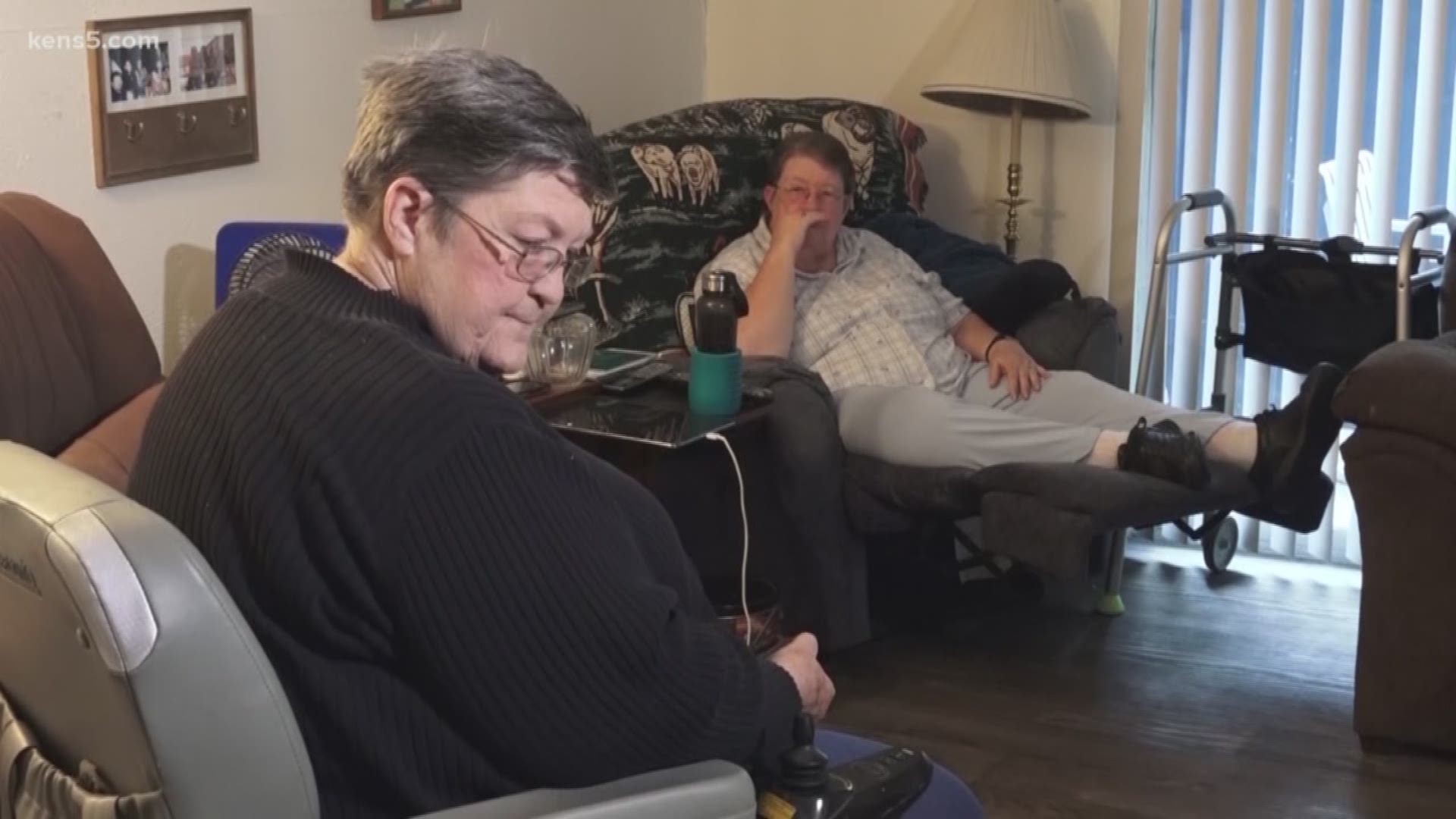 "I got off the phone and I turned to Carolyn and I said, 'I got a list now,'" Wilson said. "There are people wanting to help, and she said, 'Wow.'"

They were blown away by their neighbors' responses, with Wilson calling it "an answered prayer."

She's glad the ramps were installed quickly, because she has a doctor's appointment soon.