A San Antonio group is taking pride to another level, by maintaining and cleaning the city's rainbow crosswalk for free. 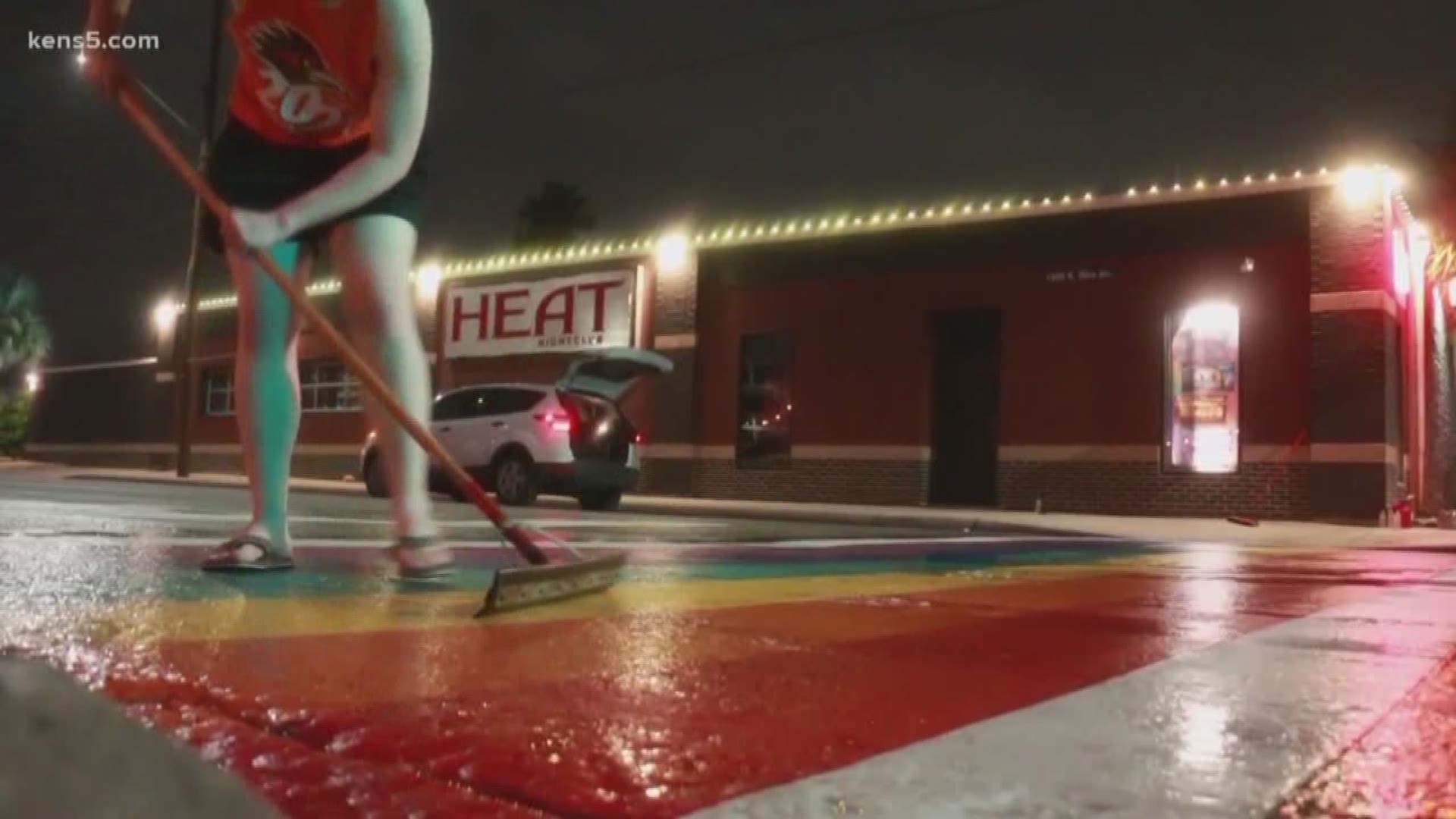 It's got four corners, seven colors, and has riled up controversial opinions. In the short time that the city has had a pride crosswalk, it's gained attention, and now even more for being dirty.

North of downtown, cars don't really slow down until 2 a.m. That's when a team of volunteers goes to work, making sure no tax dollars are spent keeping up their neighborhood pride.

It makes for a long night. But it’s for a good cause.

"It gets driven over every day. It gets walked on stomped on oil dripped on every day, and it no longer looked like a symbol of pride for our community,” explained Scott Lee Ross with the Strip SA.

Every two weeks the guardians of the crosswalk gather, soaping, scrubbing, and spraying the intersection at Main and Evergreen. The effort is organized by managers, workers, and patrons of the area’s LGBT-friendly bars and restaurants.

Their goal is to put in the work to keep the crosswalk in pristine condition.

For many, the crosswalk is more than color. It's a sign of safe harbor in a place that hasn't always been friendly to alternative lifestyles.

"It lets people in the community know that they can feel safe, that this is their home, that they're welcome and a part of the San Antonio community,” Ross said.

The July crosswalk installation was a public-private partnership, but the overnight cleanup is all volunteer. It takes about an hour and a half, and zero taxpayer dollars are spent.

It's something that makes people in the "gayborhood" proud.

"We have to have ownership as a community for the things that we've asked,” Phillip Barcena explained.

Some spots haven't changed, including parts where people have revved their tires on the crosswalk. The strip has installed security cameras to catch anyone trying to damage their crosswalk.