'There’s a glass ceiling that has been there for years' | Local coaches on race in America, Part 6

This is the sixth part in an ongoing conversation. 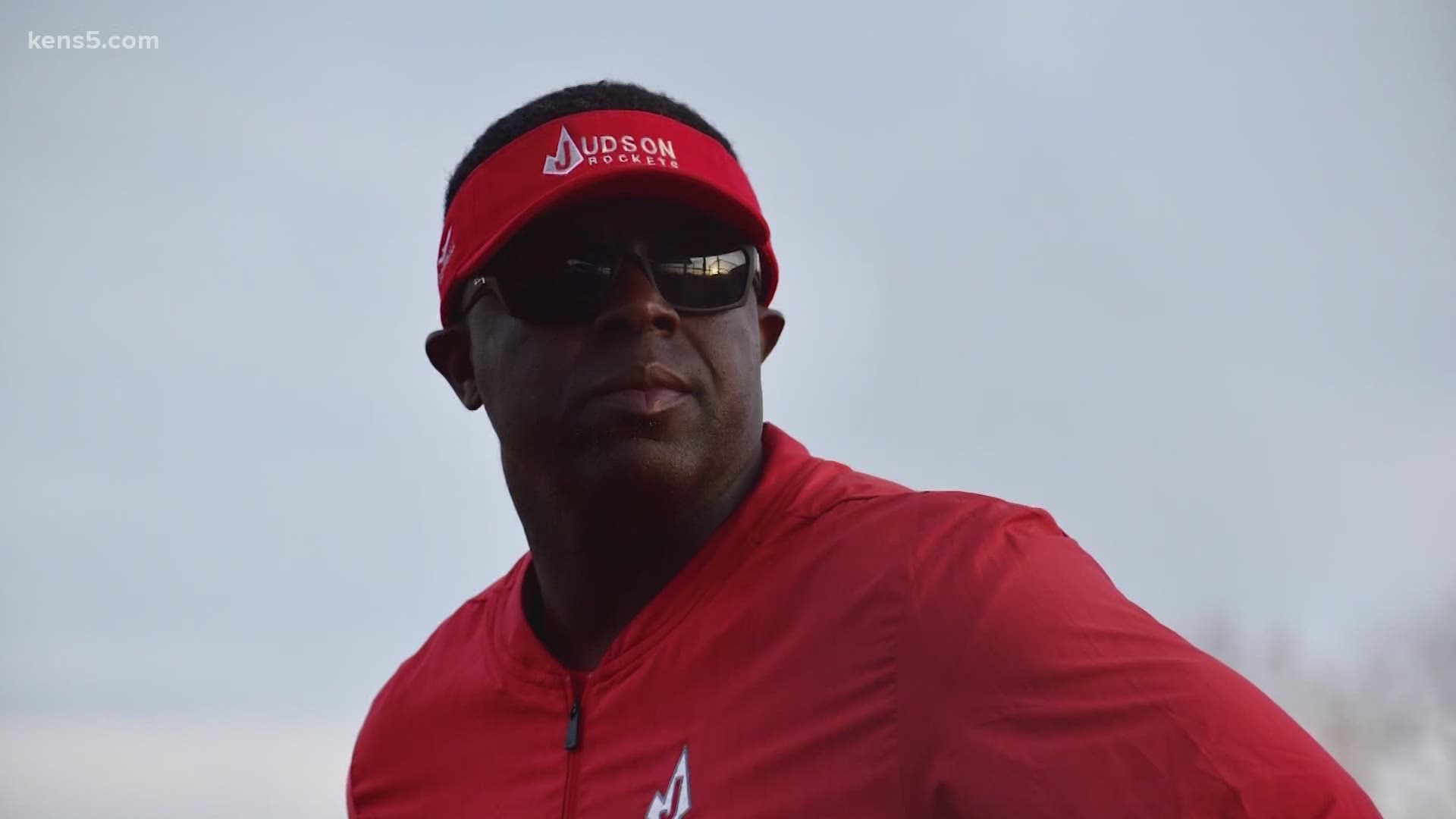 SAN ANTONIO — Note: This is the sixth in a seven-part series of conversations with Black San Antonio-area high school coaches and their wives about race in America, the impact of local protests nationwide and what they expect going forward.

Part 5, about coaches' responsibility to have conversations with their student-athletes about what’s been happening in the country, can be seen here. You can watch every entry in the discussion here. This part of the conversation focuses on whether enough Black people are given the opportunity to coach.

Are there enough Black head coaches?

Judson Rockets Head Coach Rodney Williams: “I  really think we need to revisit it because it’s not many. It took me 20 years to even get a sniff of a head job, and that’s why I put so much pressure on myself. I shouldn’t, but I do because I want to show that yes, I am a young black man, but I also can lead a prominent program to where it needs to get.

Memorial Minutemen Head Coach Kemmie Lewis: “Every coach in America will tell you it’s about building relationships. And I’m not saying that these other coaches can’t build a relationship, but to have a man of color where you have predominantly black athletes -- it will make a difference in your program.”

Stevens Falcons Head Coach Anthony Boykin: We know, as black coaches coming up that there are certain jobs that you maybe would be looked at to be hired, but there’s other ones that you would not. And it’s not fair."

East Central HornetsHead Coach Joe Hubbard: "Is there some disparity? Yes. I’d like to see other ISDs, athletic directors across the country be serious about diversification. Some of that starts with me as well. What am I doing to help my coaches? What am I doing to help and mentor other young guys?. And so I want to make sure I am doing my part in that as well.”

Brackenridge Head coach Willie Hall: “There’s more men in the U.S. that should be elevated to higher positions that haven’t been. Because there’s plenty of African Americans that have played football, basketball, and they’re able to coach the game. They’re smart men.”

Boykin: “I think that’s an issue. There’s a glass ceiling that has been there for years. There may be an exception to the rule but there’s not a consistent process where you’re able to work through being a coordinator and into a head coach role.”