Nirenberg briefly speaks at downtown Black Lives Matter demonstration: 'We are going to make change together'

KENS reporters are on the ground and providing updates from Thursday's demonstrations. 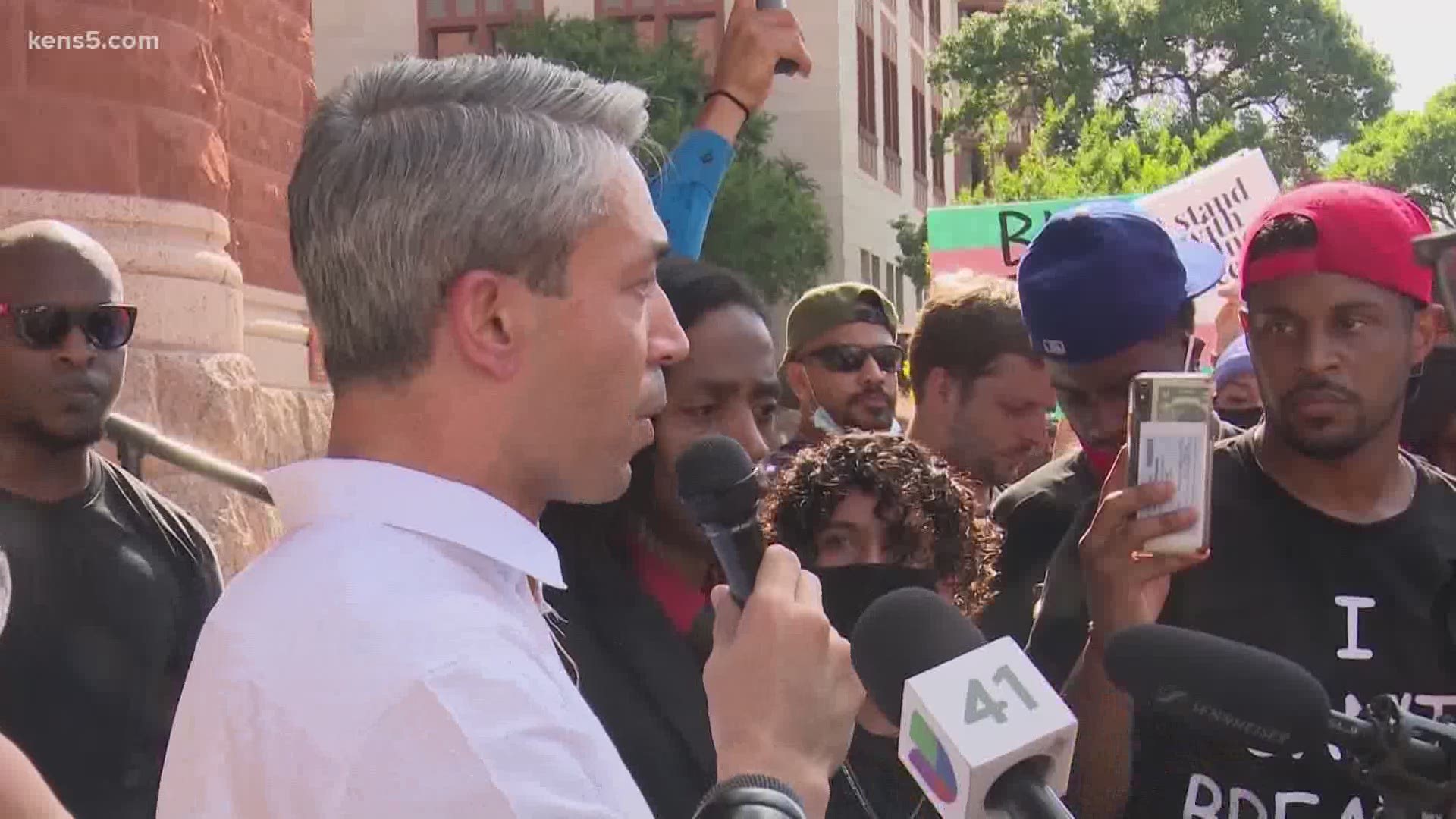 SAN ANTONIO — Note: We have finished updating this blog for Thursday's events.

For the sixth straight day, Black Lives Matter demonstrators have gathered in downtown San Antonio to call for accountability in the death of Texas native George Floyd in Minnesota, as well as to shed light on continuing racial injustice around the country.

Here's some of our most recent coverage of the George Floyd reactions locally and from around the country:

Mayor Ron Nirenberg has joined the protest outside the Bexar County Courthouse, thanking demonstrators for their activism and pleding to work with them until they "go home and feel safe in their own community, (and) feel protected by the people who work for them."

"I'm the mayor of this city, and we are going to make change together," Nirenberg said. 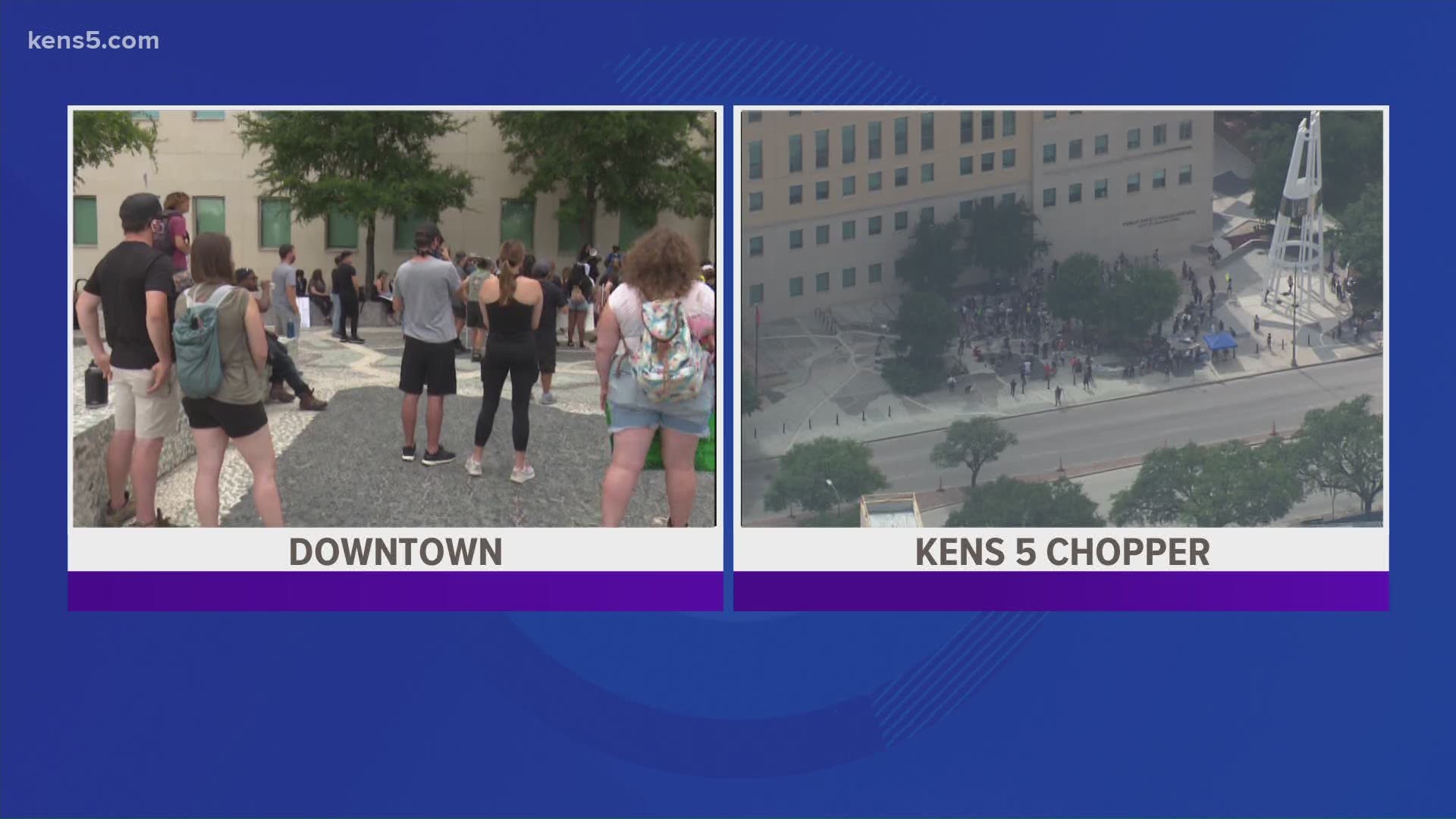 As Thursday's protests were beginning, some businesses in the Alamo Plaza, some nearby businesses began boarding up glass windows as a precaution, after recent incidents of nighttime looting and violence following peaceful protests during the day.

While daily demonstrations have mostly been congregating at Travis Park each day this week, a couple of protesters with signs could be seen outside a now fenced-in Alamo Plaza Thursday shortly after 3 p.m.