San Antonio artists express cry for justice peacefully, for everyone to see

Two muralists are using giant canvases as a calmer way to stop the killing of African-Americans in officer-involved shootings. 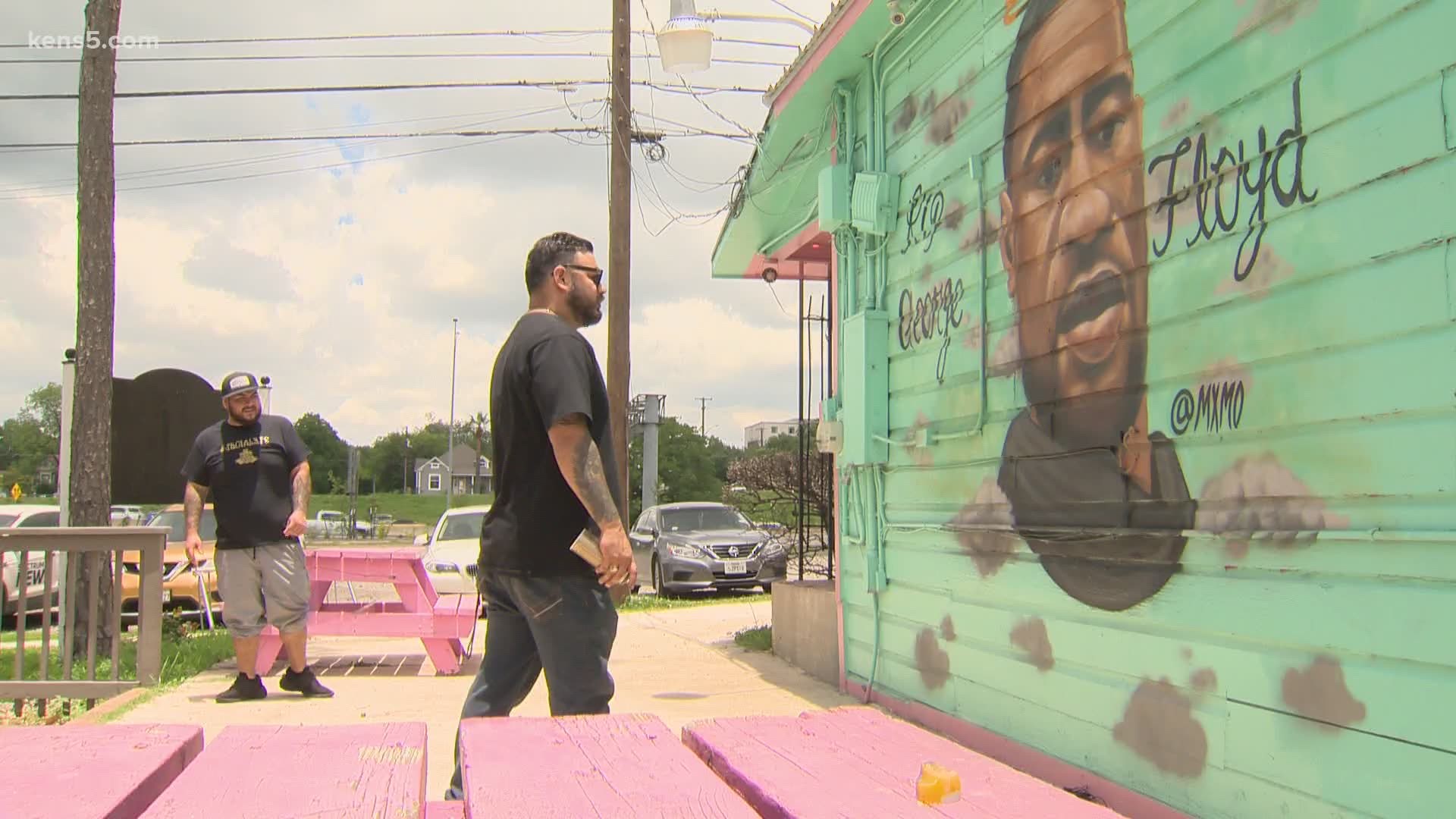 SAN ANTONIO — Colton Valentine came prepared to take down his mural of rapper Da Baby. The artwork takes up a sizable spot north of downtown, where the artist has also drawn the likeness of Cardi B. and Nipsey Hussle on the sides of buildings.

The 800 block of San Pedro Avenue is also where he painted Charles "Chop" Roundtree Jr., who was killed by San Antonio Police Officer Steve Casanova in October 2018. The officer was cleared of any criminal responsibility by a Bexar County Grand Jury, even though the 18-year-old was an unarmed bystander who was African-American.

Valentine is adding a new mural that he said represents all of the injustices that came to mind after the death of another Texas native, this time in Minnesota.

“Rather than paint just George Floyd, I decided to paint something that would help stand for Eric Garner, Ahmaud Arbery, Breanna Taylor, the children still locked up at the border and every other systemic injustice we’ve endured as a human race,” Valentine said.

The 28-year-old’s goal is to reach more people who come to the 7-Eleven store neighboring the art, students heading the San Antonio College, or even people traveling to and from downtown San Antonio.

“I would rather put something up that represents the whole situation together,” he said. “That anyone can come here for and stand for what they want to stand for.”

Nearly three miles away, Roger Maximo was putting the finishing touches on a mural of Floyd.

“Hopefully the mural can kind of, you know, inspire the community to be active,” Maximo said. “But in a more positive manner.”

The artist/muralist painted the Houston native on the side of Big Poppas Tacos. Even though Floyd’s killing happened more than 1,200 miles away, Maximo wanted to give a man he never met a proper tribute.

Floyd died after being detained by now-former police officers in Minneapolis, one of whom, the man who knelt on Floyd's neck for more than eight minutes, has been arrested and charged with murder. In the Maximo mural, Floyd is floating in clouds with a halo over his head. The art faces traffic on I-35 north.

Big Poppas Owner Jacob Gomez said the location of the mural is intentional.

According to Gomez, he keeps his opinion in his inner circle. But Floyd’s death opened an opportunity for an expression.

“It’s like a testimony,” Gomez said. “You know, the individual himself and everybody standing behind him.”

Gomez said having Floyd at his business with his customers eases his mind.