Thousands rock, roll and run in SA this weekend

The Humana Rock 'n' Roll Marathon fills the streets of downtown San Antonio Saturday and Sunday, with a mission of inspiring everyone to get active. 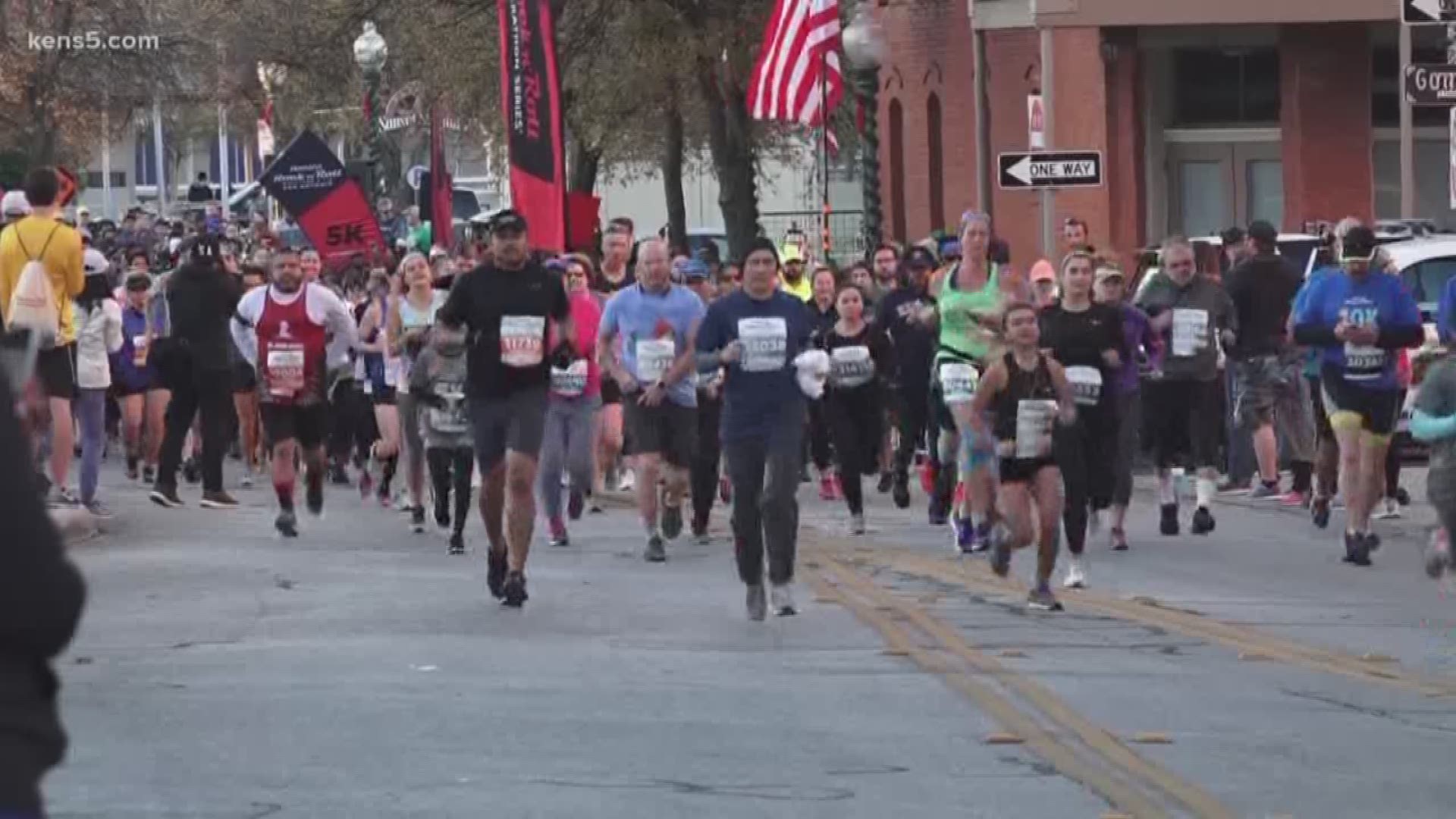 SAN ANTONIO — Thousands of San Antonians are lacing up running shoes and taking to the streets this weekend to complete 5ks, half marathons and marathons- all part of the Humana Rock 'n' Roll Marathon.

Walking along with them is marathon spokesperson Kathrine Switzer. She's known as the first woman to officially run the Boston Marathon - and a milestone achiever who turned that fame into a mission to help others, especially women and people of all ages, get active.

"One thing I really love to do is tell people, I’m 72 years old," Switzer said. "They should get off the sofa and get moving, this is a great opportunity to get active and make 18,000 new friends."

Switzer says there's no age limit to start getting into fitness.

This year, San Antonio's Rock 'n' Roll Marathon is also home to the Ruck March, raising awareness of how many veterans and their families at times go hungry.

“Roughly 1 in 5 families access a food bank or are hungry have a veteran or military person in their family so this is an issue we want to bring awareness to," said Veterans Executive Darin Davis. "So we have about 50 marchers today with rucksacks, we’re gonna load those up with food and march them 3.1 miles along the route and bring those to the San Antonio Food Bank."