'You're not alone. We are here to help': Support for Haitian migrants growing in San Antonio

Supporters are working to make sure Haitian migrants see the Alamo City as a different bridge. 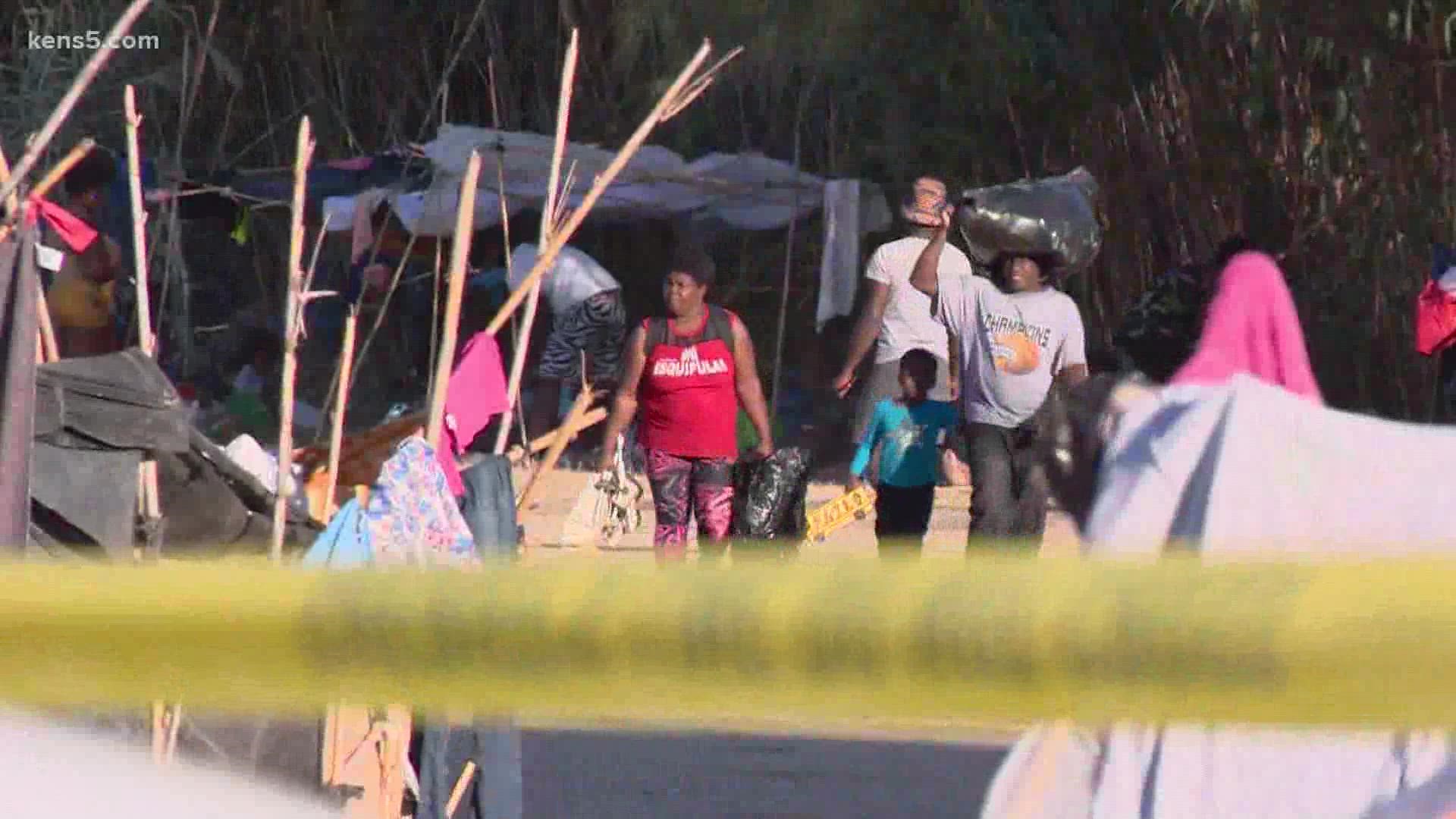 SAN ANTONIO — As a child, Rose Roberts didn't know she was living in America without the proper documentation. The 47-year-old mother of two became a productive citizen of the United States.

"Seems like we never get a break, but we're very resilient," Roberts said.

She was born in Haiti and recognized it as a place that's proud, beautiful and different from the images floating on social media.

Roberts said the images of fellow Haitians under a bridge in Del Rio made her emotional.

"Heartbreaking. I thought it was unfair," Roberts said. "They were being treated like animals, basically."

She planned a trip to Del Rio to deliver clothing, shoes, bedding and more to the travel-weary migrants. By Friday afternoon, the swell of migrants, which decreased significantly via deportation and asylum, were gone.

She expanded on her feelings about fencing set up around the bridge and images of Border Patrol agents on horses handling migrants in ways that created an uproar remain.

"I don't understand this type of treatment," she said.

Bags of items stack toward the ceiling in her high-rise apartment in San Antonio.

Meanwhile, messages about migrants coming into San Antonio Friday evening alerted local Haitian Facebook page members that 15 to 16 asylum-seekers were coming into the community. There are others here.

"I just realized how vulnerable the pregnant population is, and even more vulnerable are newborns," Nikki Mciver-Brown said.

Mciver-Brown is an advanced practice registered nurse and a certified midwife. She is offering free prenatal care to pregnant migrants.

The wife and mother had Haitian clients create a flier in Haitian Creole to reach migrant mothers.

Mciver-Brown said she surveyed the video from Del Rio closely for expectant moms. She saw them.

"I could not imagine being under a bridge and having to birth in an environment that's not a safe one," she said.

According to Mciver-Brown, pregnant women in ideal environments can have challenges. Labor, she said, becomes complicated in unsafe places.

Mciver-Brown's coordination of care includes diapers and even services for childbirth.

Roberts is still trying to process the images and the emotional toll. Yet, she plans to assure the migrants they are in a better place.

"You're not alone. We are here to help. We're standing behind you," Roberts said.