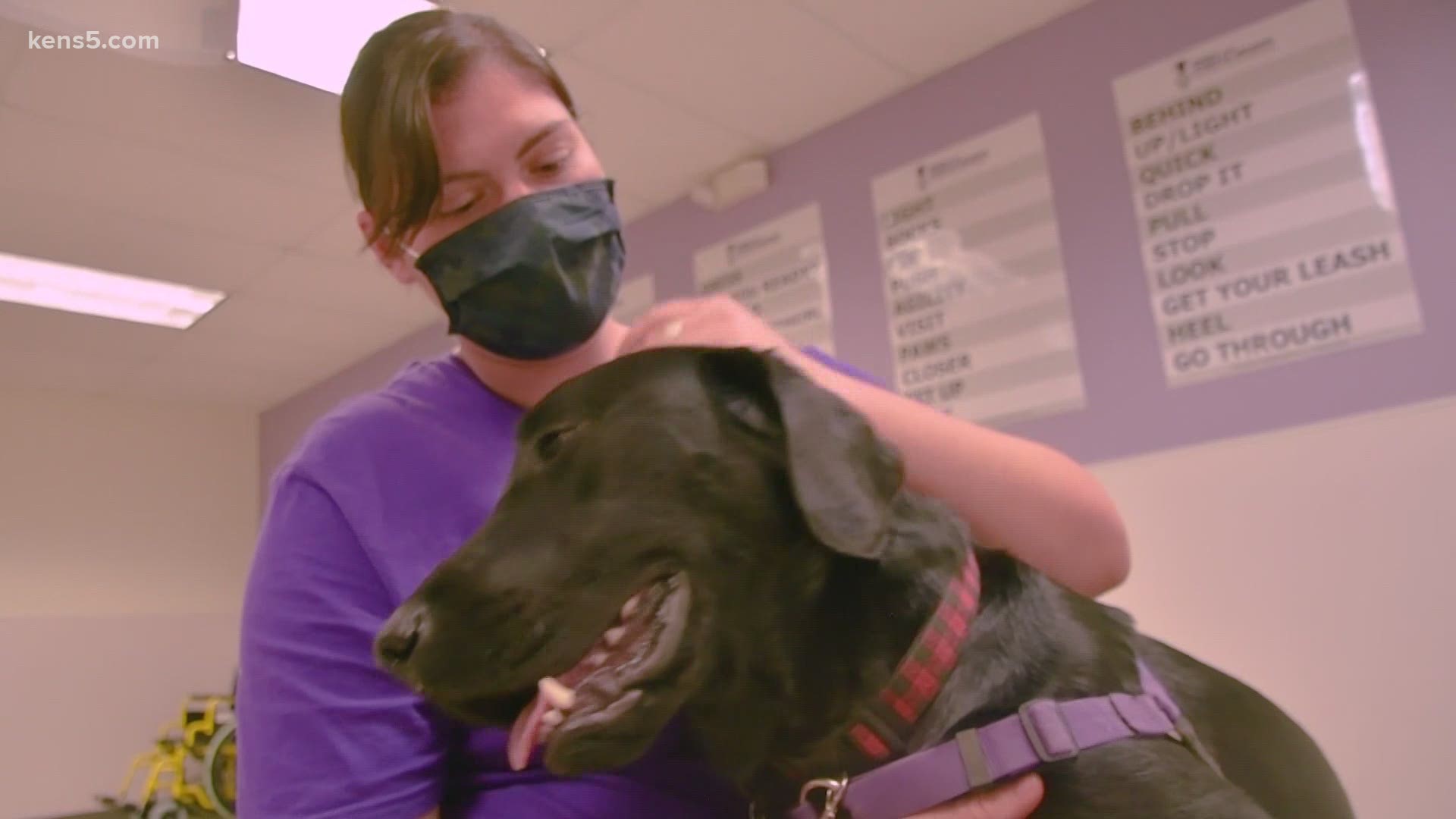 SAN ANTONIO — It can take two to three years to train a dog to be a service animal. One non-profit organization has found a way to offer wounded warriors the benefits of therapy with these animals even sooner.

“Go to bed, all the way down,” Emily McJunkin tells a little black dog, pointing at the large pillow he was laying on.

“Yes! Good job!” she shouted, heaping him with praise when he followed her command.

The dog, Jacq, is a service dog in training with Paws for Purple Hearts. McJunkin is a military police officer in the U.S. Army and one of his many trainers.

“Our wonderful training staff, our program instructors, train veterans and active duty to train service dogs for other warriors who may be in need of them,” said Jessica Delgado, regional director with Paws for Purple Hearts.

Today was training day for Edie, Jacq and Sergeant.

“He actually was named after a World War II veteran that was killed in action,” said Erica horn, a Program Instructor for the nonprofit, explaining Sergeant's name.

Horn and program instructors like her teach the dogs commands and teach wounded veterans and active duty service members like McJunkin to give them.

Despite the name, participants don’t need a Purple Heart to work with the group. Each dog works with up to 60 service members, getting comfortable with a wide range of experiences and tasks. Delgado says the people benefit just as much as the dogs.

“They come in here, they interact with the dogs and then, all of the sudden, they’re talking to the trainer, they're talking to other people in the group,” she said. “It’s just this wonderful process that happens before our eyes.”

McJunkin is in the process of a medical discharge from the Army, due to a stress-related seizure disorder. She says she looks forward to her work with Paws for Purple Hearts all week.

“All of that stress just goes away as soon as I’m here, being able to work with animals, work with dogs,” she said.