San Antonio mother continues fight against childhood cancer, one haircut at a time

For the third year in a row, a New Braunfels event sought to raise thousands for cancer research. 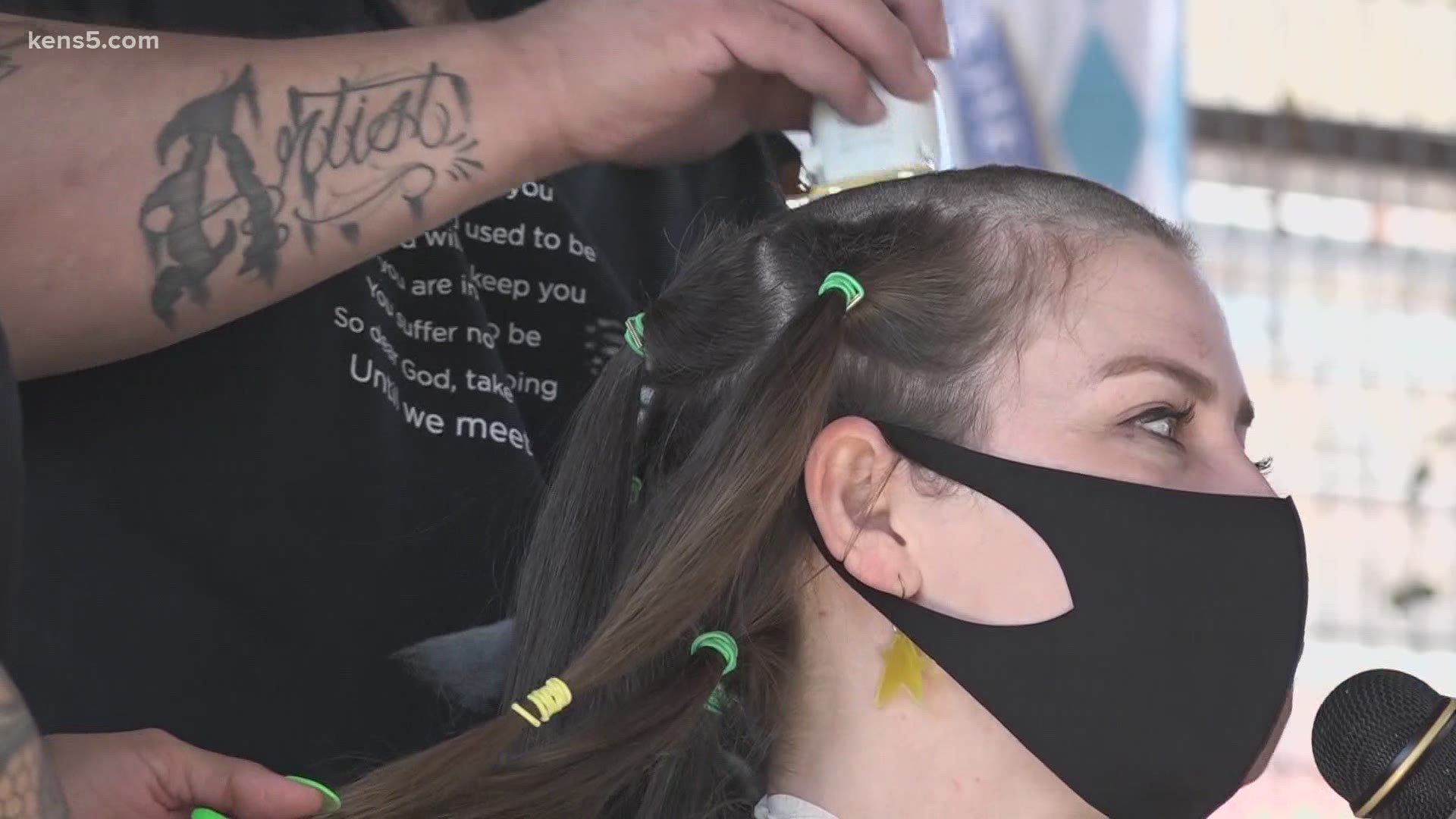 NEW BRAUNFELS, Texas — At the Third Annual New Braunfels Scheren – named for the German word meaning "shave" – people voluntarily get rid of the locks on their head in order to raise money for the St. Baldrick's Foundation.

St. Baldrick's is an organization dedicated to conquering childhood cancers. The New Braunfels event has raised more than $100,000 In the past three years, thanks to those who have been willing to shed their hair in the hopes of shedding the world of a devastating disease.

“Prior to today, this event itself raised over $40,000. I think we hit $40,000 this morning and we’ve been raising a little over six to eight weeks,” said Joscelyn Laurence, event coordinator.

They were hoping to hit $10,000 on Sunday. One haircut alone raised more than that.

For Laurence, every cent raised is personal.

“My own son, who passed from cancer...it wasn’t the cancer, it was the treatment. Treatment is what killed him. So, when you can look at families like that who are losing their children because there aren’t good enough drugs out there for our kids, that’s why this is important,” Laurence said.

She says only about 4% of federal funding for cancer research goes to kids.

Every year, the event is done in memory of her son, River Laurence, and to honor other children who are fighting cancer—or who have lost their battle.

Laurence says each year she’ll continue to raise as much as she can, so other children can receive better treatment.