A San Antonio man decided to help the homeless on his own, proving that one person can make all the difference. 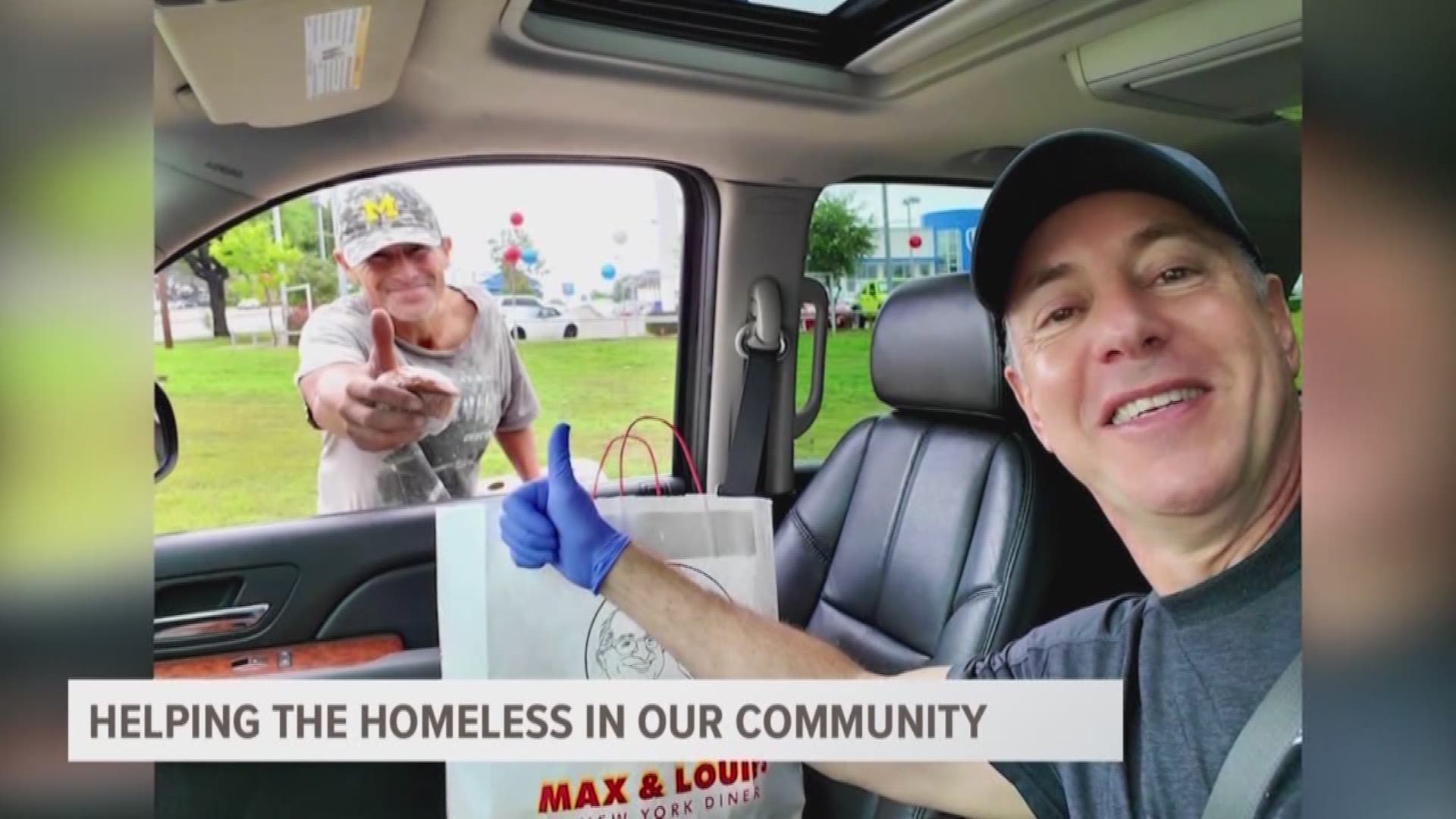 SAN ANTONIO — Howie Nestel has been an advocate for the homeless and those in need in San Antonio for a long time.

For more than two decades, he’s hosted an annual donation drive called “Gotcha Covered," through which he's rallied the community to collect thousands of pounds of food, clothing, blankets and household goods for local organizations.

With many people now facing a need more dire than they perhaps have ever faced before, Nestel decided that, during the pandemic, he was going to feed the homeless. And he started in his own pantry.

“There are people in need right now. (I thought), 'What can I do right now while I’m at home?' And so, I noticed that we had some extra bread, some extra cold cuts,” he explained. “And then I found some extra desserts. I didn’t need to gain any more weight, so I put the desserts in there.”

Nestel said as he was putting food in the bags, his daughter decided to write encouraging notes to go with them. He packed hand sanitizer, his gloves and mask, and went around San Antonio to hand out the food. He has made multiple trips on different occasions, but one moment in particular stuck out to Nestel.

“One guy told me, 'Thank you so much for giving me food, you have no idea how hungry I have been. Very few people are helping us. Some people don’t even want to roll down the window to give us a buck or two because they are afraid to catch something from us.' 'We feel like lepers,' is what he told me," Nester said. "Those are his words."

Nestel said after he shared what he did for the homeless online, his Facebook friends took action to support him in his mission. He said his restaurant friends called him up and donated extra food, which Nestel later handed out to Haven for Hope and the Battered Women and Children’s Shelter.

Nestel said he didn't want to share his story for recognition. He only hopes his act of kindness will remind San Antonio of what’s important.

“We’re still a real world out there with people who have a real need. So, what can we do during this time?” Nestel said. “We are all going to asks ourselves that question. I think we have to be truthful, right? 'Am I proud of what I did during this time? Did I serve my family and others? Or did I contract and really maintain what I had and lived fear throughout the time?'"

RELATED: 'The danger needs to be known': In the span of a month, an SA woman lost her mother and two sisters to the coronavirus