Rooted: 3 North Texas men with loc'd hairstyle were told 'cut your hair to get the job'

The three North Texans hope their hair stories will serve as a reminder that their appearance is much deeper than what meets the eye. 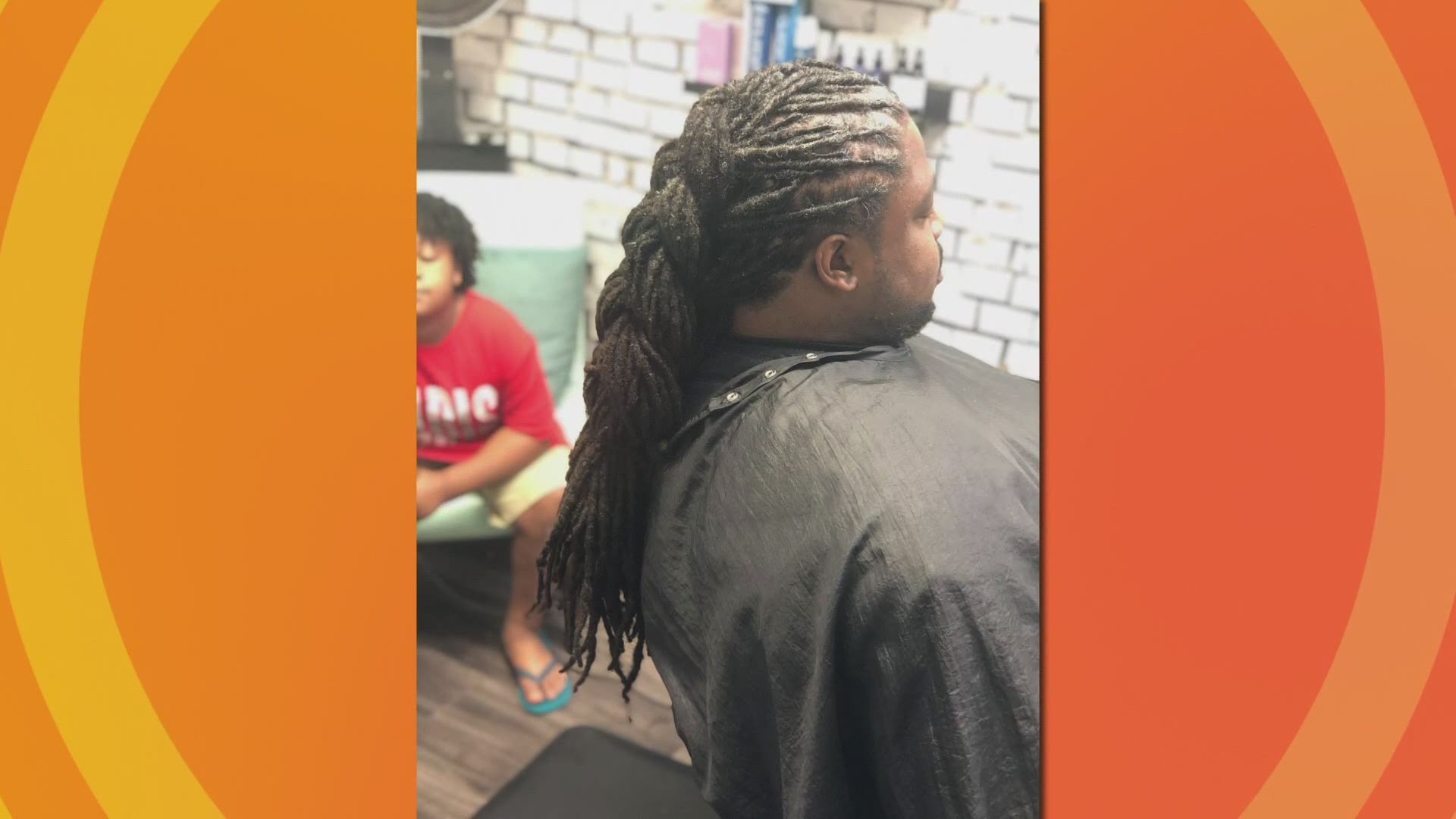 DALLAS — Three North Texas men who have never met each other are connected by their hairstyles and shared experiences because of it.

They say while seeking jobs in the past, their loc’d hairstyle has always been a concern. It has caused them to either be passed over for career advancement or have job opportunities rescinded.

"I started my journey right around the time my father passed away from cancer back in 2006," said Ronnie Haynes, Assistant Principal of Special Populations at KIPP Destiny Middle School.

Depending on who you ask, the answer you receive will often remind us that hair isn’t just hair for some.

"The meaning behind my hair is my roots," said Christopher Irvin, a former substitute school teacher, currently working as an artist. "I think it says strength and courage and it's an inspiration."

"It means everything," Roberts added. "It means my heritage, it merely represents my crown, my Blackness."

That’s a sentiment shared by all three of the men we spoke to for WFAA's Rooted series.

Haynes started growing his first set of locs in 2006.

A study by Dove on hair discrimination specifically focused on Black women, but a key finding suggests across the country Black people are disproportionately burdened by policies in the workplace that target, profile or single them out for natural hairstyles.

Haynes described a previous experience he encountered while he was working at a public school in Texas.

"I got a phone call to come in to speak to the superintendent of the school at the time and he said, 'hey, we need you to cut your hair or we're going to have to go ahead and move on,'" Haynes recalled.

Black men across North Texas seemingly being met with the same frustrations.

"They asked me if I would be willing to cut my hair off in order to get the job," Roberts said of an interview experience prior to his current position.

"Back in 2018, 2017, I was told by a public school that my hair could be considered a natural distraction," Irvin said.

Hair – something we are told shouldn’t be a big deal – but when you see the numbers, it might make you do a double-take.

RELATED: Rooted: Police officer never thought his braided hair would interfere with his ability to do his job

"It’s either I cut my hair or my son that's on the way won't have someone providing for him," Haynes said. "My wife, who looks to me to provide wouldn't have a provider, so I mean I detached myself from it completely."

Dr. Bertram Ashe, Jabez A. Bostwick Professor of English and American Studies at the University of Richmond explores many topics that delve into the intersection of dreadlocks and culture in his book, ‘Twisted: My Dreadlock Chronicles.’”

"The term ‘workplace’ I think is too broad and too ill-defined to talk about where not just dreadlocks, but natural hair, in general, is either accepted or pushed back upon," Dr. Ashe stated.

He says while it’s not illegal to wear dreadlocks, there are going to be different approaches based on what industry you're in.

"Yes, it's a problem when there's tension between what someone inside of an industry wants to display that pushes back at that industry’s expectations, but there are industries out there that it’s simply not a problem."

I've heard locs referred to in many ways, but the hairstyle has never been explained to me like this. How do you refer to locs when you see them? Dreadlocks, dreads, or locs?

A problem that Christopher Roberts hopes we can continue working toward addressing.

"How do we go about in addressing this to the world without always having to create Black establishments for people to work and be able to enjoy the way they look and be proud of it," Roberts asked.

The three North Texans hope their hair stories will serve as a reminder that their appearance is much deeper than what meets the eye.

If you want to learn more about Black hair discrimination, please watch more of our Rooted content here. You can also find more information about The Crown Act, the fight to stop hair discrimination in the workplace and in schools here.