Money talks when it comes to the prom king and queen at Roosevelt. Charity money, that is. The winners are determined by who raises the most money for a good cause. 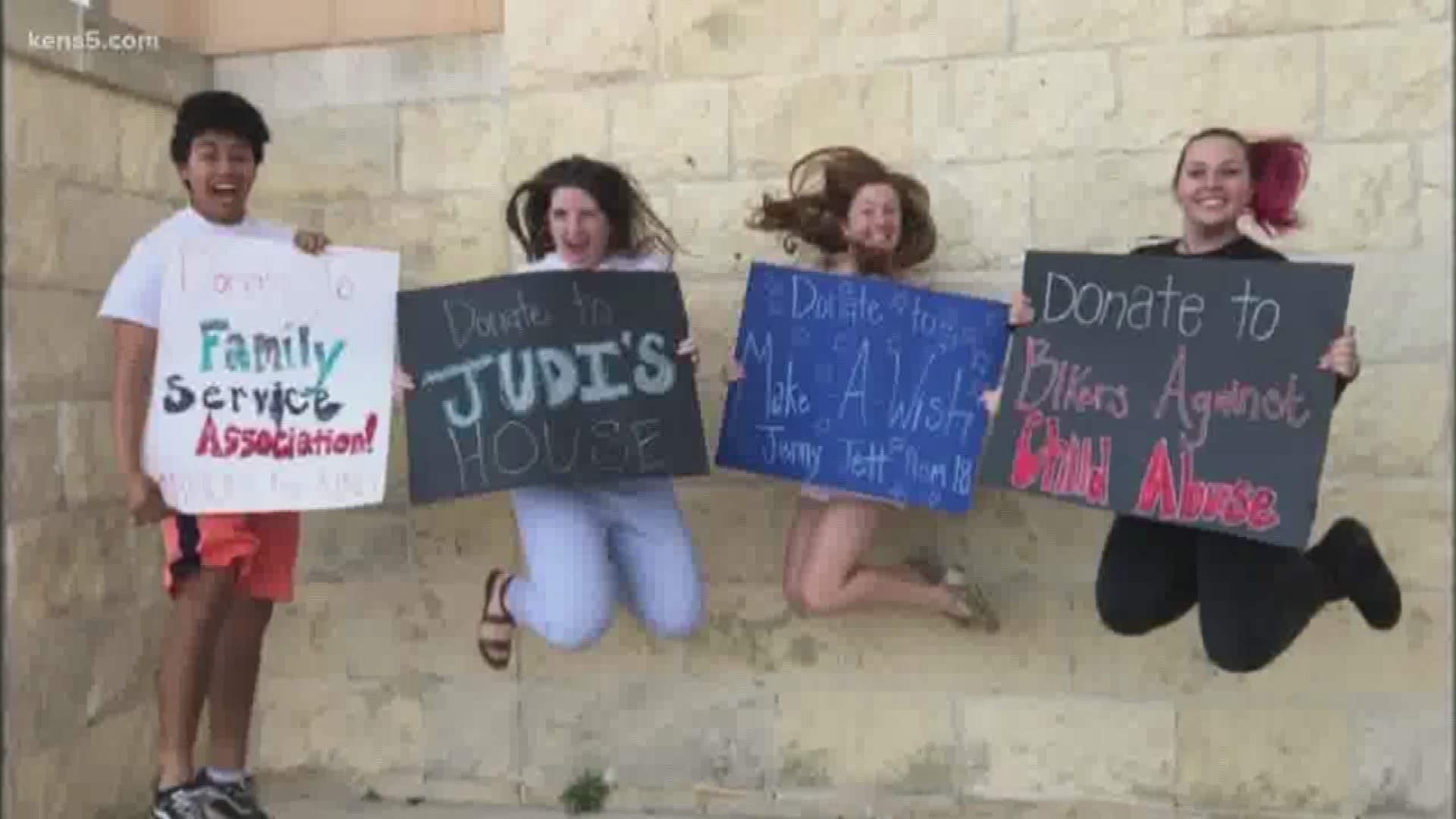 On Saturday night, one lucky guy or gal will be crowned prom king and queen at Roosevelt High School. But the winners are not decided by popular vote.

“We don't do this as a popularity contest here at Roosevelt,” said Katie Davidson, a teacher at Roosevelt. “The tradition is giving back to our community."

The diverse group of students, who are running for prom king and queen, are raising money for their charity, and whoever raises the most will win.

“The focus is not about that crown and that sash,” she said. “It is about their charity and giving back, and leaving this school with a better purpose."

Each one of the six students has a personal reason for selecting their charity. Devon Smith and Koyanna Booker are the only couple in the group and are running together. The lovebirds are tackling food insecurity. Their charity is the Children's Hunger Fund.

"I am trying to make something change, no more hunger,” Smith said. “Because where I grew up, things were different from other people who are wealthier."

The students said that the hard work of raising money has taught them a lot.

“You are not being selfish,” Booker said. “You are doing something that you really want, but you are also helping a lot of people and it impacts a lot of people's lives."

Yvonne Clark is raising awareness and funds for Bikers Against Child Abuse.

Hannah Hardy is raising money for Judi's House based in Denver.

"In 2009, my father passed away of an enlarged heart,” she said. “And it’s not an easy life losing a parent. What that organization does is they take these kids and the widowers and they show them that there is happiness."

"I like the idea of making people happy, especially when they're not feeling well,” she said.

Every girl loves a crown but for them, it is not about who takes it.

"I feel like this is more of an experience instead of winning the crown because I feel like we are all winners,” Hardy said.

Miguel Castro is a debater at the school, and his cause the Family Service Association of San Antonio. He says that the non-profit was there for him during a rough patch in his life.

“During the fifth grade, my parents were going through a harsh divorce, and it was affecting my personality,” he said. “They helped me get through some things, and made sure that I am still who I am today."

Castro said that this prom experience has opened his eyes.

"It made me more grateful for everything that I have in my life,” he said. “I just want to continue to help out others, because that is just my mission in life."