The British musician donated hundreds of Alamo artifacts back in 2014. 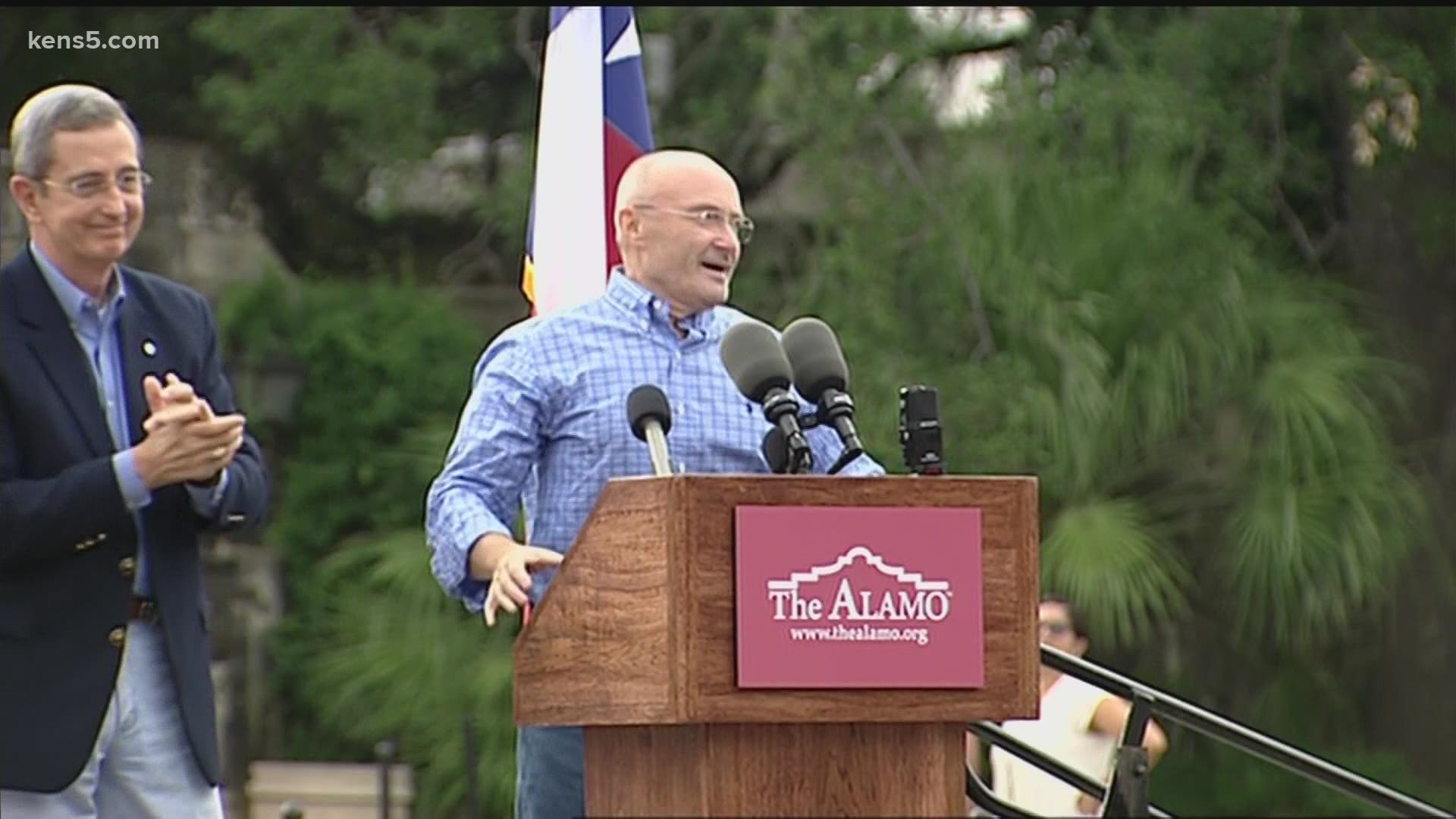 SAN ANTONIO — San Antonians who have been waiting years to get a glimpse of a collection of artifacts from the Texas Revolution donated by a celebrity benefactor got their first look Tuesday.

“It’s a priceless collection, and it’s because he’s been able to accumulate a vast amount of artifacts into one location,” said Alamo Curator Ernesto Rodriguez.

Visitors to the historic site were treated to a free preview of the Phil Collins Collection.

The former Genesis frontman has a longstanding relationship with the Alamo. He donated his collection of over 400 relics to the landmark back in 2014.

Some of the things he’s given: a miniature cannon used by the Mexican Army, weapons, armor and even attack orders for the seige from Santa Anna himself.

“These are items that showcase a lot of the Mexican side of the battle,” Rodriguez said. “But the collection has items from pre-battle, post-battle, during the battle on all sides, so it’s a wonderful collection of artifacts.”

The items were free to view Tuesday for Texas Independence Day. They will be available to anyone who buys a $7 audio tour for the rest of the exhibit through April 25th.

“We decided that it would be the perfect opportunity for us to showcase part of the Phil Collins Collection,” Rodriguez said.

The full collection is too large to display in the Alamo Exhibit within the historic site. Eventually, the items will be housed in the new Alamo exhibition hall and collections building, scheduled to open in the Spring of 2022.

“To give people a short teaser, we decided to put a few items out so they can see what awaits them in the future,” Rodriguez said.