The online petition to stop the plan is just shy of 1,000 signatures in just a few days. 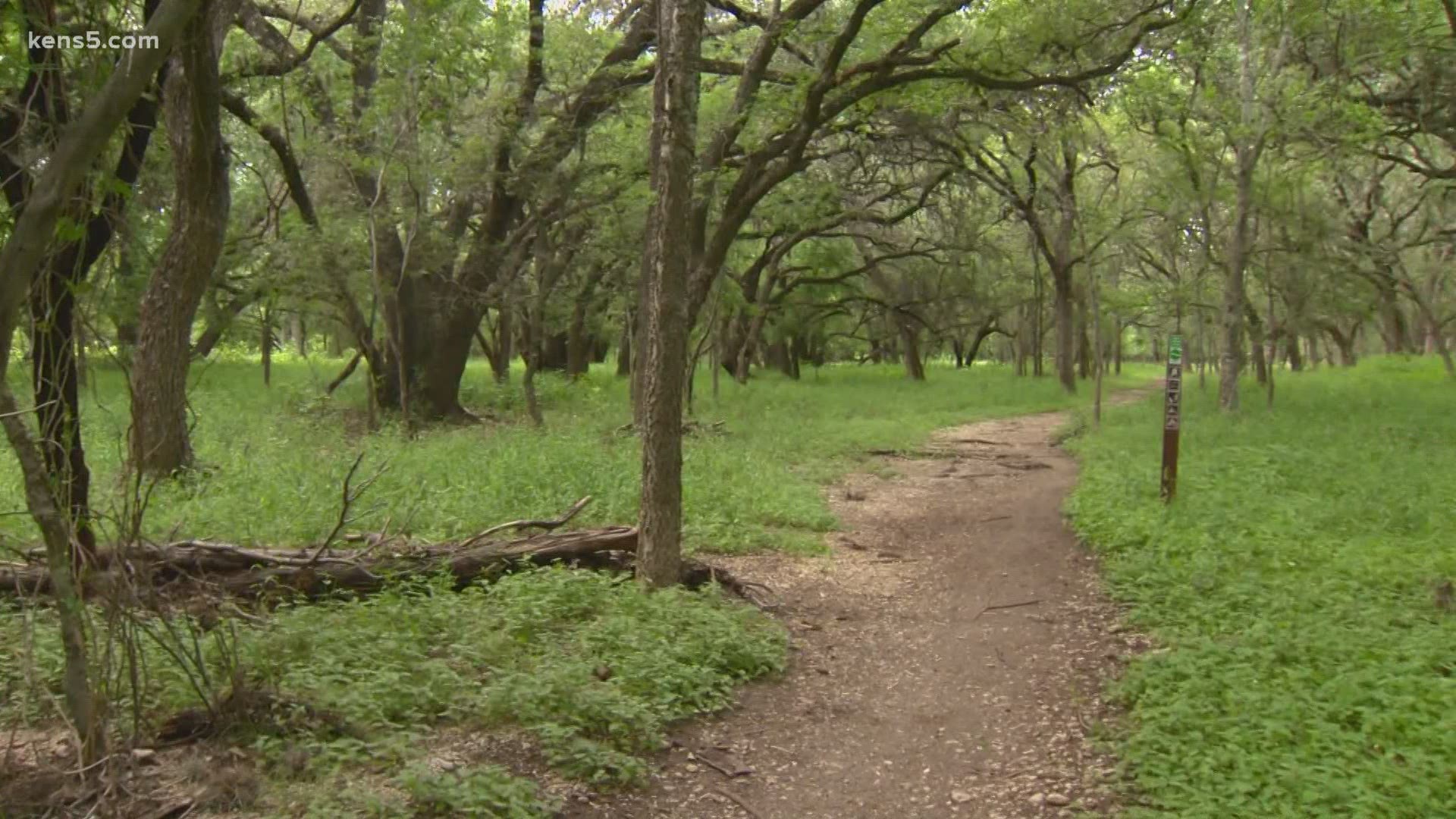 SAN ANTONIO — There's a petition drive underway that aims to stop the city from paving a nature trail in a well-loved north side park. The people who are fighting city hall said there's already too much development in and around McAllister Park and they aim to save what little nature is left.

“You’re in the middle of the city and you can be totally within nature,” Laura Matthews, a concerned citizen and petitioner, said.

For Matthews and petition creator, Marjesca Brown, McAllister Park is an escape. But they fear the park they love will irreversibly change with the development of a greenway in Mud Creek Loop.

“When you put in that trail, and that buffer and you have that construction roads, you’re going to lose a major section of that," Matthews said.

Folks who enjoy the earthen surface of the mud creek loop in McAllister Park said they take advantage of the city's hike and bike trail system - but they argue that not every inch of it should be paved.

“The trail would decrease biodiversity and it would hurt the environment back there," Brown said.

The online petition to stop the plan is just shy of 1,000 signatures in just a few days.

The parks department provided a written response to the effort, confirming a paved trail is in the design phase.

They said "potential routes were discussed with stakeholders...and this path was identified as the shortest and clearest route, minimizing impacts to trees and other natural resources."

Petition organizers said while they do support a green way, Mud Creek Loop isn’t the place to do it, and will only make issues like erosion, worse in the area.

Matthews said she had suggested the greenway be built near power lines, however, the proposal was shot down.

"It's like Laura said, one of the few natural dirt trail areas left in San Antonio,” Brown said.

The city said no construction funding has been allocated for the project so far, and before they move forward there will be one more meeting where they will ask for feedback.

"I’m motivated that I see people really do care about preserving nature in San Antonio and at McAllister park," Brown said.

Here is a link to the petition.