Meanwhile, the district says the chant merely amounts to a daily reminder of the school's still-ongoing mask-wearing guidelines. 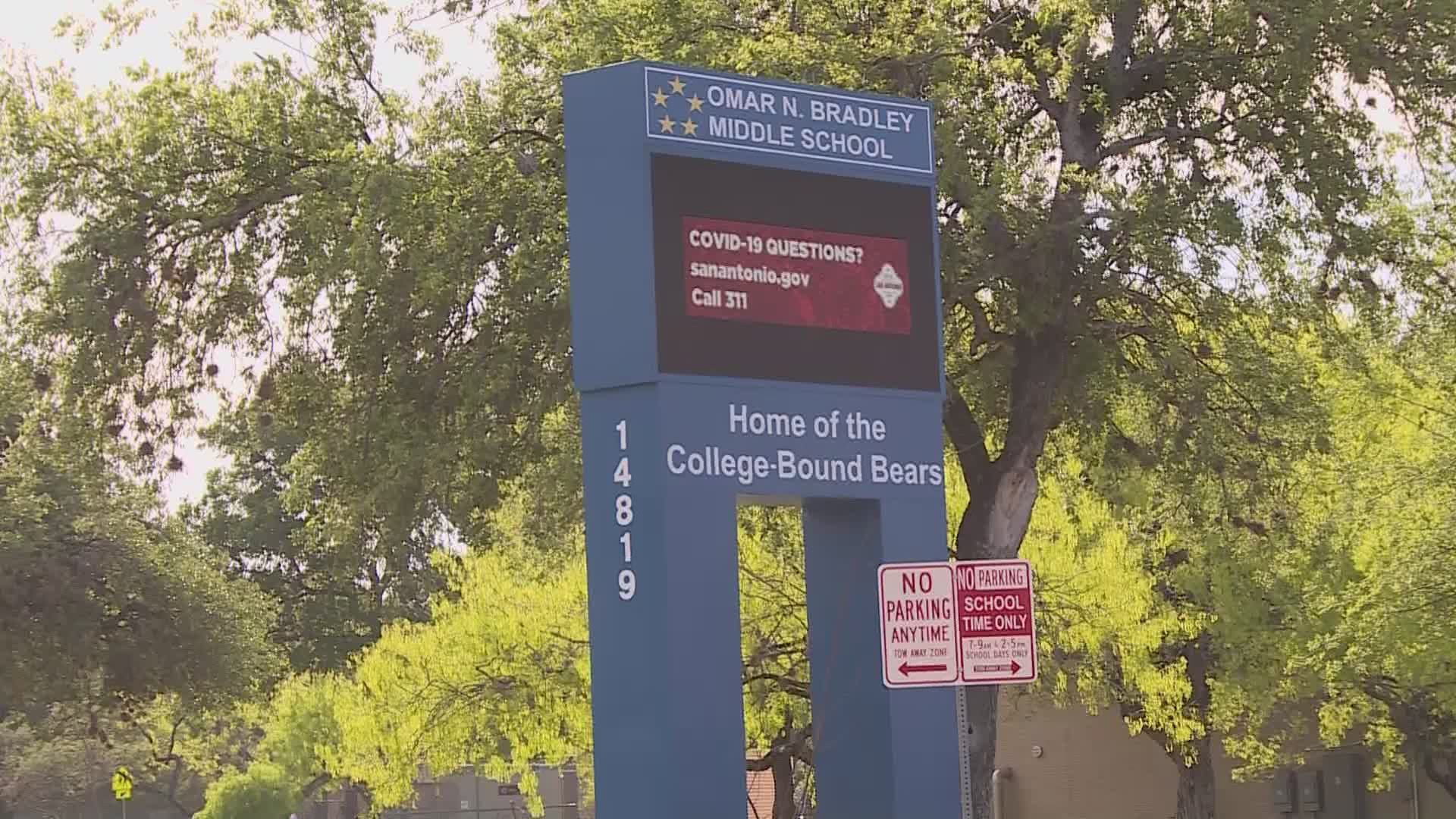 SAN ANTONIO — A local middle school is calling a daily chant promoting mask-wearing an encouragement, while some parents are calling it an indoctrination of their children.

One parent who wanted to remain anonymous shared a letter she sent to North East ISD leaders to express her concerns over the chant at Bradley Middle School. She doesn’t have children who attend there, but said her friend's children go to the school.

She said parents fear that speaking up to the administration about their concerns will have a negative impact on their children. In the letter, she said the school’s chant does not represent all Bradley Middle School families.

“I believe that reciting a pledge to wear a mask to the school as a whole is infringing on First Amendment rights and is an act of taking socialist control over children in San Antonio in an inappropriate way and setting," she wrote in part. "I request that the pledge be stopped immediately."

Aubrey Chancellor, the district spokesperson, clarified that it was not a pledge but a spirit chant. She said the nurse gives a health tip or joke as part of the morning announcements. Afterwards, she recites the chant over the intercom every day.

Chancellor also clarified it's not recited after the Pledge of Allegiance. She says the kids aren't standing nor required to say it along with her.

This is the full chant:

“We are Bradley Bears, masks we must wear. Washing our hands and keeping our distance, help prevent germs from invading our systems. Let's do our part to stay safe and healthy. Go Bears!”

The concerned parent who wrote the letter said she spoke with a few parents who believe the school was likely trying to be creative. But she also shared how other parents and even staff members believe the chant is unnecessarily pushing a belief on children.

She shared how one teacher told her she doesn’t feel safe giving feedback to school administration in fear of retribution.

“This is an extra added measure that’s not necessary, not age-appropriate,” she said. “I had a teacher say that as far as the chant, she’s completely against it. It sounds controlling and robotic.”

She went on to say that the students are afraid to speak up or end up reciting it with the nurse.

“He is uncomfortable saying it, so he doesn’t. But they don’t know he’s saying it because he’s wearing his mask,” she said. “Students are saying it and it’s being made to feel that they’re being a better Bradley bear, so they just go along with it.”

The district spokesperson said schools use newsletters, signs or e-mails to share health guidelines. She says each school can decide how they want to remind students of the district’s mask requirement.

“We certainly understand there are different opinions about mask usage," Chancellor added. "However, NEISD currently requires masks, so this is simply a way to remind all of the students about the rules they must follow during the day."