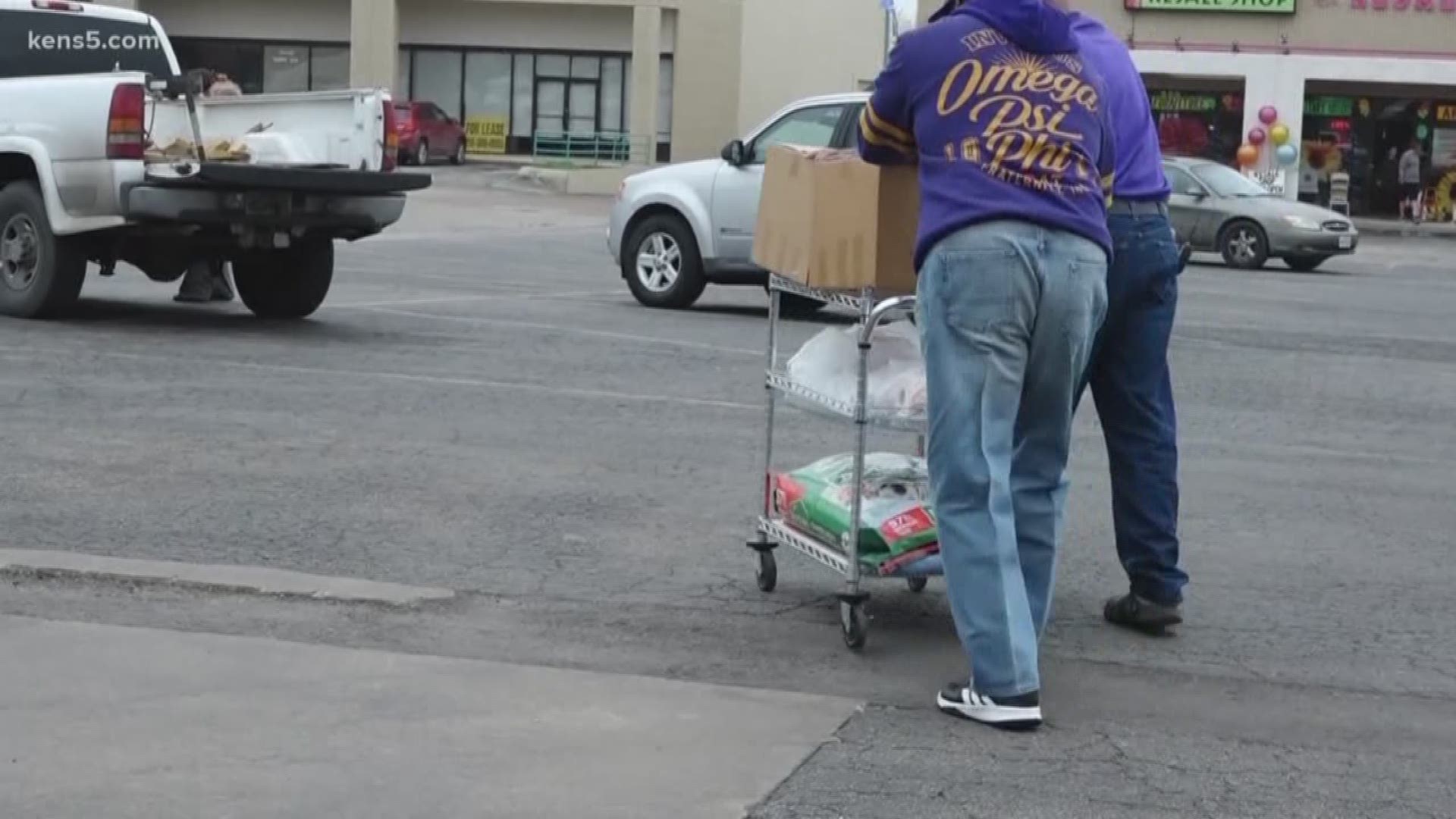 SAN ANTONIO — Many families have already started planning for their Spring Break vacation, but for some low-income families in our city, it’s the start of a very different reality.

Marion Thomas runs the Blessed Angels Community Center on Nacogdoches Rd. and is no stranger to helping others.

“We were the first responders for the United States Coast Guard. We also did the same thing for the evacuees when we had the hurricane,” she said.

Now the center is giving away free groceries at their emergency food pantry because many children simply don’t have enough food to eat at home.

“We’re going to have a Spring Break giveaway. This is for children that are on the school lunch program. For many of these children, the only food that they have is what they get at school, and so then when it’s Spring Break they have nothing to eat,” Thomas said.

She said that, among the families they help, a lot of them are grandparents raising their grandchildren.

“They are on a fixed income; they are trying to decide, 'Should I buy medication or should I buy food?' They are faced with another challenge of taking care of the grandbabies when they don’t hardly have enough food to feed themselves.”

Some grandmothers receiving the help are Charlesetta Scott and Marion Smith.

“At first, it was sort of hard, but after you’ve had them for awhile you get used to it. I’ve been keeping her ever since she’s been born,” Scott said.

Marion Smith said she is thankful for the help Marion Thomas and the center has given her during difficult times.

The center said that last year it served nearly 700 families. Staff anticipate the turnout this Spring Break to be even larger.

“My goal always is to give them so much food they don’t have room to put it in their cars!”

The food giveaway takes place March 11th from 11 a.m. to 1 p.m. at 14094 Nacogdoches Rd. It is open to anyone in need from any school district in San Antonio and the surrounding counties.

They are also looking for volunteers. Anyone who'd like to help can email Marion Thomas at blessedangelscc@att.net.

Donations are always accepted as well. Some of the center's most-requested items are Pop-Tarts, peanut butter, fruit cups and canned goods.

Anyone who can’t make it out to the event but needs help with food or groceries can call the center in advance at (210)284-4391 to set up an appointment.