Even through the national bike shortage, 'Yellow Bike Project' helps people get bikes

More Americans are wanting to ride bikes as COVID-19 is keeping us away from people. That's where the Yellow Bike Project comes into play. 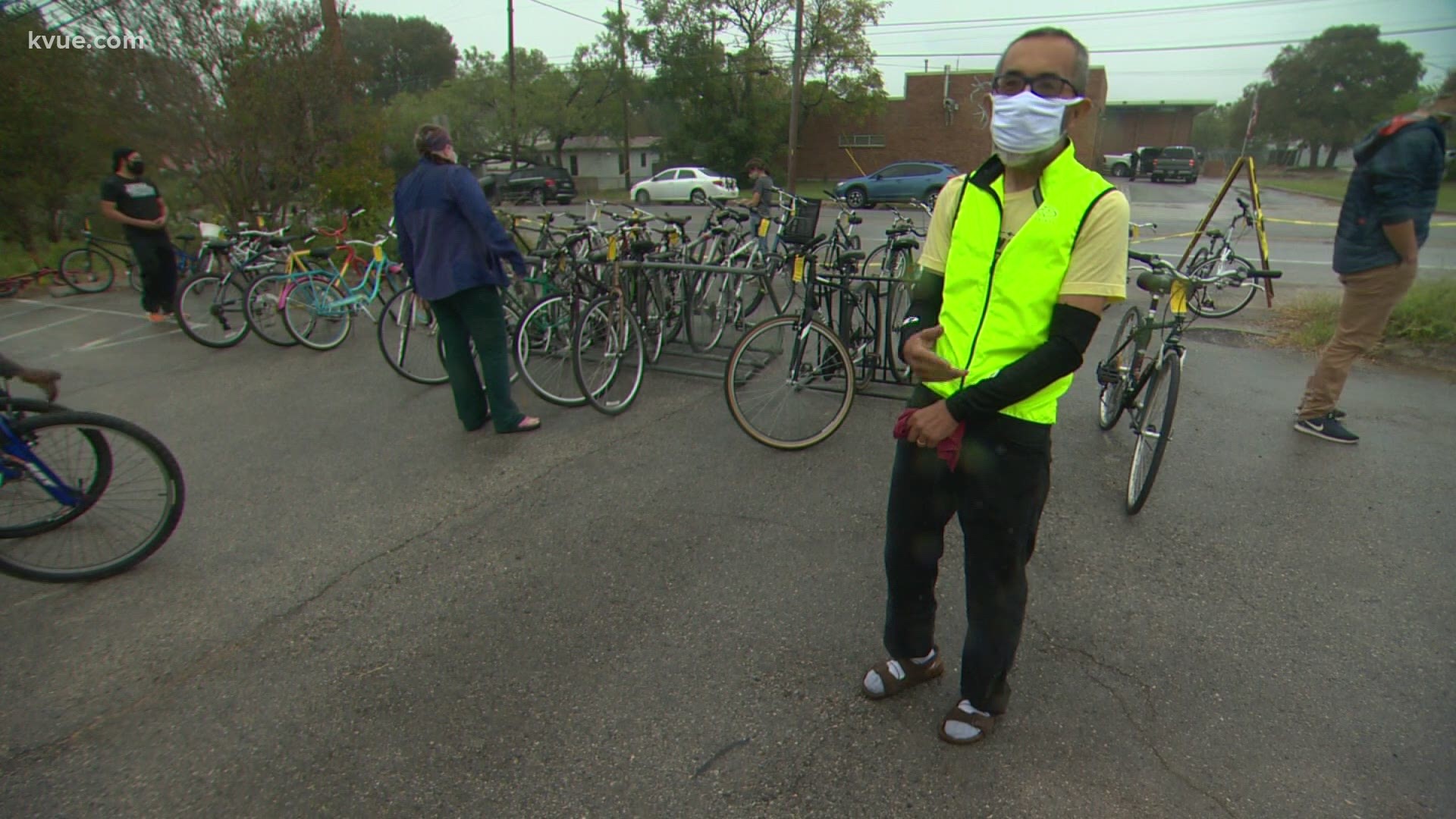 AUSTIN, Texas — Throughout the COVID-19 pandemic, we've heard of a national bike shortage. More people want to spend time outside and there's not enough supply to make that happen.

One organization in Austin had to make some changes, but it was able to help make a dent in that shortage.

There have been a lot of changes at the Yellow Bike Project – changes that Robert Wong has seen first hand as a volunteer.

"It's been a tough process actually," he said. "We've been very concerned about the safety of our staff and volunteers, as well as the safety of the public."

That means closing up their bike shop to the public. Now, they're only selling bikes on the third Saturday of every month. But one of the things that hasn't changed is how the bikes got there.

"We refurbish all of our bikes," Wong explained. "So any place that there are bearings, we clean them out, we lube them."

Every single bike they sell is fixed up by volunteers like Wong.

"The bikes look in pretty awesome shape if you ask me. That's because we put three to five hours into each bike," he said. "One bike that I worked on was rusted and covered in tar. I don't know how many hours I spent cleaning it up, but it's one of these shiny bikes now that's good to go."

If you ask Wong he'll tell you that now more than ever people are looking for bikes. He said a national bike shortage is causing people to look at places like the Yellow Bike Project for bikes.

"Inventory is tight. If you read in the news about the largest bike manufacturers, they're not able to keep up with demand," he said.

If you have a bike you would like to donate, you can do that every Tuesday from 2 p.m. to 6 p.m. For more information on the Yellow Bike Project, you can go to its website.