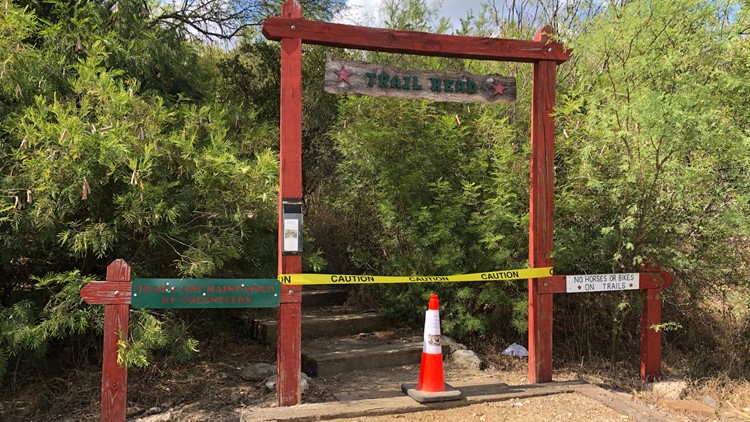 CASTROVILLE, Texas — Mountain lion sightings have resulted in the closure of more than a dozen trails at Castroville Regional Park.

The park is home to 14 trails; and 13 of them have been taped off after a patron and a city employee spotted a mountain lion.

The cougar is believed to weigh between 40 and 50 pounds, according to Castroville Parks and Recreation Director Devin Fredrickson. He added that because mating season is in full swing, mountain lions tend to be more active and it's why they are taking extra precautions.

The main area of the park, including the walking trail, remains open.

Megan St. Amand took her boys to the park on Friday, saying she's not too concerned.

"I feel like this is their territory and I don't feel like they are going to bother anybody," she said.

Park officials plan to search for fresh mountain lion tracks or clues on Monday, in order to determine if the trails are safe to open or if they should remain closed.

For tips to stay safe around mountain lions visit mountainlion.org.