Amanda Riojas was shot and killed at a Del Rio gas station in April. The man arrested for killing her is now back on the streets after posting bond. 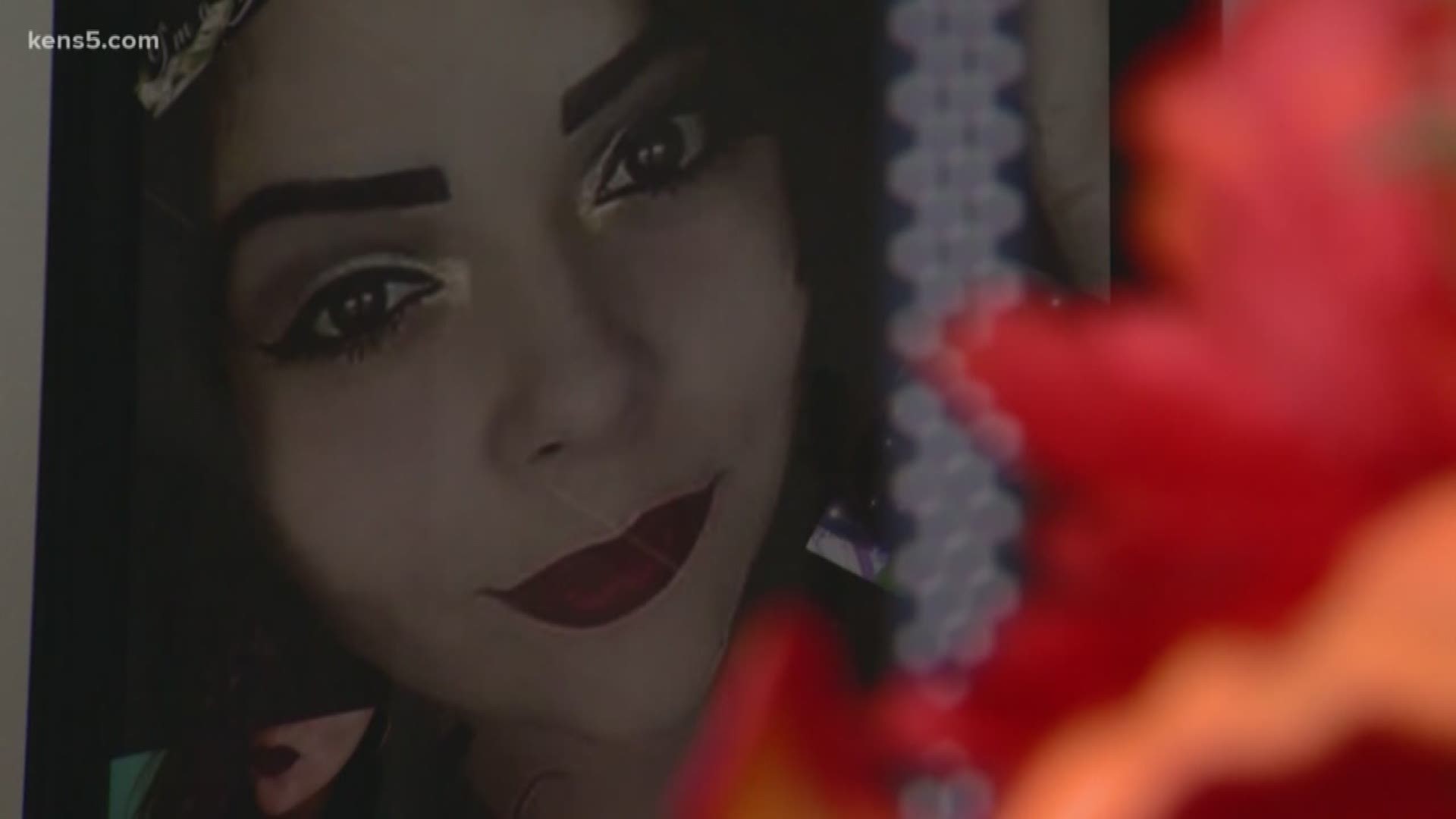 DEL RIO, Texas — A man accused of killing a mother of five children is now back on the streets.

The suspect, Robert Evans, is charged with murdering his girlfriend, Amanda Riojas, at a gas station in Del Rio.

“I loved her so much, and I miss her,” Gutierrez said. “All I have now is memories.”

According to a police affidavit, Riojas was with Evans and another friend when they stopped at a gas station off Dr. Fermin Calderon Street in Del Rio.

Riojas’s friend went inside the store, authorities said. When he came out, he found Riojas had been shot in the head. The back window of the truck had been broken, and Evans had fled the scene.

Riojas was taken to the hospital where she later died.

Gutierrez said she wasn’t able to see her daughter before she died. Devastated, Gutierrez donated her daughter’s organs.

“I believe someone else needed her heart,” she said.

Police later reviewed surveillance camera footage and saw Evans crawl through the broken window of the truck and run away.

According to police documents, Evans turned himself into authorities and was charged with murder.

On July 31, he was charged with tampering with evidence. The police affidavit states Evans got rid of the murder weapon by throwing it in the San Felipe Creek.

In May, Evans requested that his bond be lowered, citing financial restraints. Last week that request was granted in a hearing, and his bond was lowered to $250,000, allowing the murder suspect to bond out of jail.

Gutierrez said now she is voicing her concerns about Evans’s release, saying others could be in danger.

“Somebody else is going to get murdered out there. Some other kids are going to be left without a mother out there,” she said.

The still-grieving mother has been protesting in Del Rio, asking her community to sign a petition to put Evans back in jail.

“I'm a fighter and I’m going to keep fighting until my voice is heard,” said Gutierrez.

The mother is fighting for justice, and not just for her 27-year-old daughter who had just celebrated her birthday.

“She's not the only woman that has died or been murdered in the hands of their abusive boyfriends or husbands,” Gutierrez said.

Gutierrez said she believes authorities could have done more to keep Evans behind bars.

County officials said Evans has been indicted on either charge, but this mother said she will keep fighting in memory of her daughter.

“I want him to know, 'You killed my daughter, but you just killed her brain. You didn’t kill her heart,'" Gutierrez said. “She's still out there somewhere.”