Leaders will begin a door-to-door information campaign Friday on the northeast side, where the mosquito in question was trapped. 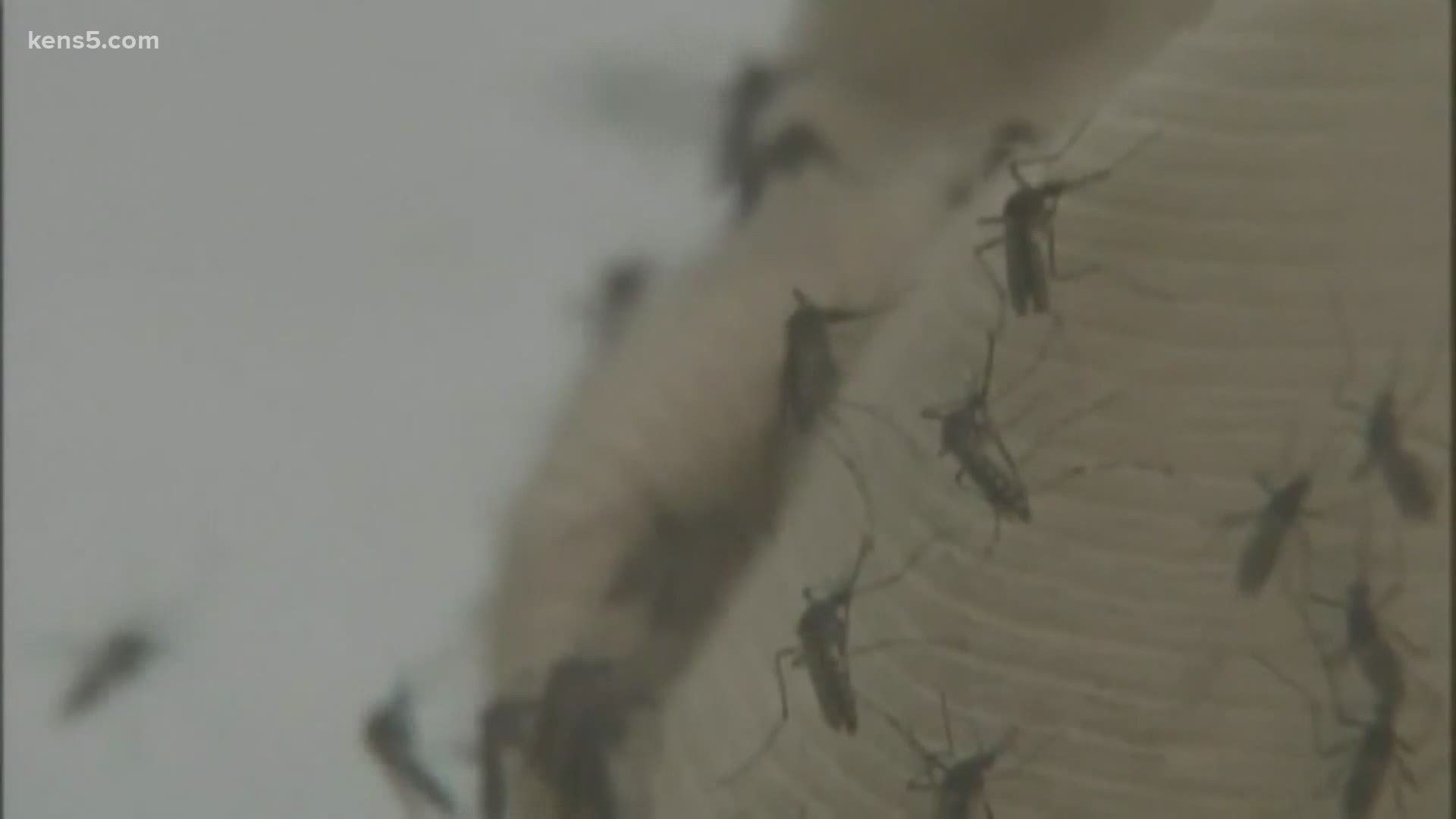 SAN ANTONIO — West Nile virus may be back in the Alamo City.

Bexar County officials say a mosquito recently captured on the far northeast side and submitted for a routine test returned positive for the disease, which has been popping up elsewhere in Texas in recent weeks.

Local leaders say they're preparing to launch an information campaign Friday morning to halt the potential spread of West Nile virus in its tracks. Residents in the area of FM 78 and Walzem Road, where the mosquito in question was captured, can expect a door-to-door initiative to stop by their homes.

West Nile virus is most prevalent in the summer and fall, according to the Centers for Disease Control, and about one in five people who are infected develop symptoms. In more serious cases, victims can experience linger fevers, muscle weakness, vision loss and numbness, among other symptoms.

The best thing you can do to avoid getting infected? Make sure to use mosquito repellant before heading outdoors for longer periods of time, and wear long-sleeved clothes when you're able.

Local mosquitos last tested positive for the virus as recently as November.