Veteran turns to music to lift up other veterans | Mission SA

A veteran’s love for music helped him find direction after retiring from service. He’s now using his talents to help veterans create their own music masterpieces. 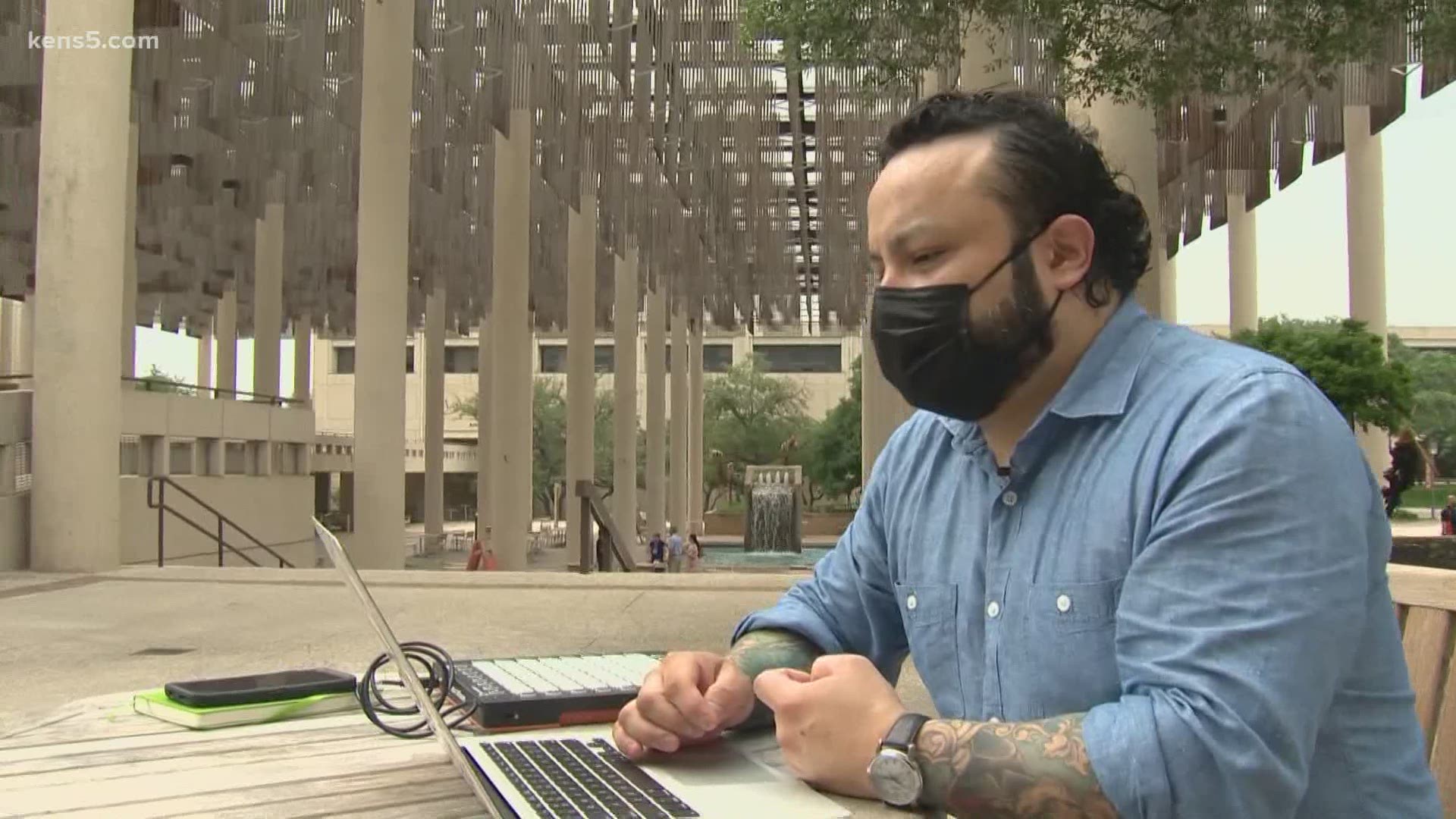 SAN ANTONIO — An Air Force veteran’s love for music helped him find direction after retiring from service. He’s now using his talents to help other veterans create their own musical masterpieces.

Joey Berrios who served 16 years in the Air Force, says music has always been a part of his life. He began playing the piano as a kid and graduated to the trumpet in junior high. He says he can play just about any instrument now.

“If it makes a sound, I can pretty much play it,” said Berrios. “I do digital programming, production, and sound engineering and live sound.”

He says during his military career, music was an outlet to express himself. After he retired from service, Berrios said he knew music would be involved in his future.

“It’s a language in a way that helps me communicate whatever was going on with my military career,” he shared. “I just enjoyed making it. It would make me joyful.”

He began pursuing his undergraduate degree in arts with a minor in music marketing at the University of Texas at San Antonio (UTSA). This May, Berrios will graduate with his master’s of science in business. During his time in school, he came up with an idea to help veterans. He launched the music production company “At, Ease! Productions.”

“At ease is a command, that you’re allowed to relax a little bit and converse among yourselves,” he explained. “I liked the imagery of being now relieved of duty saying at ease, saying now you can play some music.”

“I was looking for the ability to help other veterans in a way that I was familiar, or the language that I understood -- which was music,” said Berrios. “There’s a brotherhood, a sisterhood, there’s a friendship that’s already bonded as veterans. That foundation is perfect for making music.”

In addition to helping veterans, Berrios helps children grow their love for music. He serves as the director of operations of San Antonio Sound Garden, a nonprofit that provides online and in-person school. The organization teaches young artists to record, write songs and develop music production skills.