His team set a world record for their boat class. 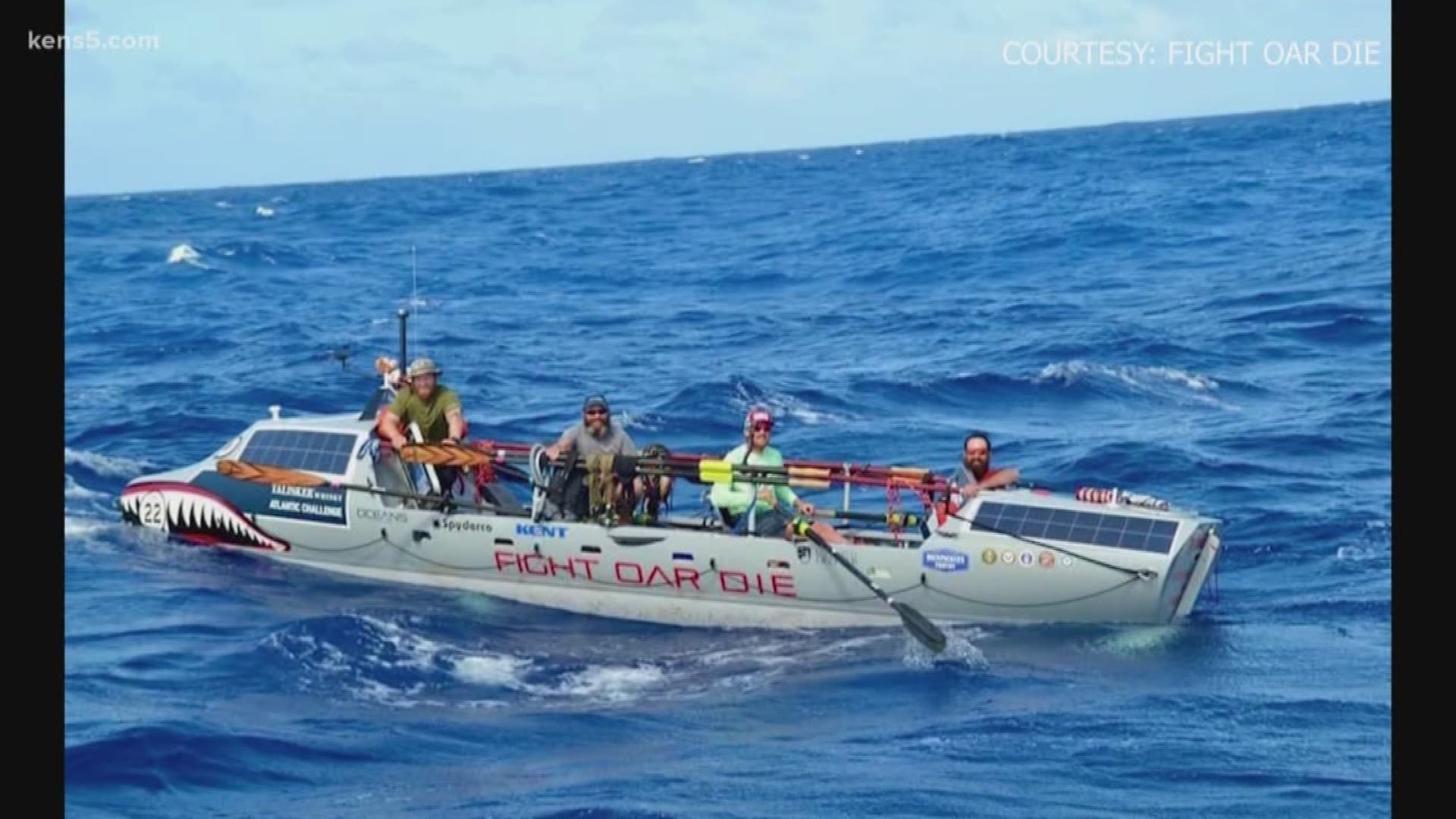 SAN ANTONIO — A local veteran who rowed 3 thousand miles across the Atlantic Ocean, returns to San Antonio to share his once in a lifetime journey. His team set a world record for their boat class.

John Fannin, a Judson High School graduate and infantry Marine, set out to row across the Atlantic in December. He was part of the only U.S. team to row the Talisker Whiskey Atlantic Challenge. He and three other veterans traveled from La Gomera, one of Spain’s Canary Islands, to Antigua. It took them 50 days, 11 hours and 35 minutes to finish the competition. Fannin said the rowing journey was the toughest challenge of his life. He said it helped him become stronger.

Fannin’s group was representing a non-profit called Fight Oar Die that chose the challenge to raise money. The organization supports research and raises awareness for veteran’s mental health. Fannin said they faced a number of issues during the challenge. Toward the end of the race, they lost power on their boat and their supplies dwindled down.

Fannin said they also, faced challenges within the group. But they worked through their issues to build on each other’s strengths and weaknesses. He recalled the moment one of the guys offered them candy.

“Carl came out and said, hey bud! Want a jolly rancher? And I looked at him was like bro, you’ve had Jolly Ranchers this entire time? And you haven’t told us once?” said Fannin with laughter. “It kind of is a jerk move that he’s just now telling us he has them. You know what? We’ll let it go.”

The veterans took turns rowing during the entire competition. Fannin said not only were they tested physically but their spirit as well.

KENS 5 asked Fannin if he would do the competition again and he said: “absolutely not.” He’s enjoyed being able to sleep in his own bed and spend time with his loved ones.