War veterans from South Texas share how wrestling helps them cope with PTSD. 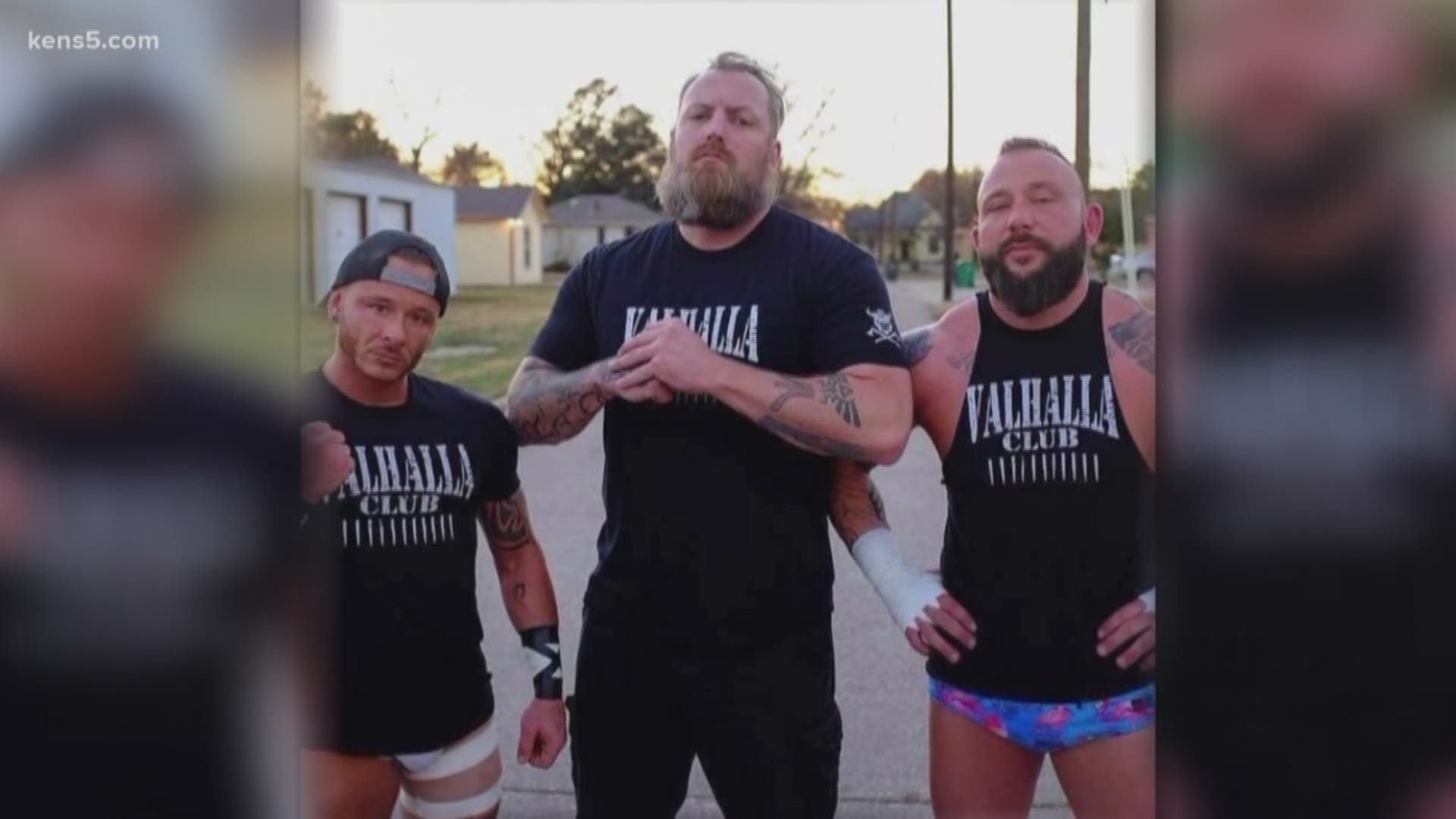 They say the connection with fans has proven to be a form of healing for them and other veterans.

KENS 5 spoke with one of the wrestlers, John Brazier, an army veteran who served in Iraq. During his service, he experienced attacks both on the battlefield and in his personal life that still affect him today.

“In Iraq, there was 237 rocket attacks in 10 months. Stuff banging around is not the best. Stuff like that. I was married and she left me,” recalled Brazier. “PTSD isn’t just from war. You can get it from anything. I’ll admit. It screwed me up. I was overseas, and somebody I cared about didn’t care about me.”

Brazier continued to say that he later met a woman who is a wrestler, and she became his wife. He said his family is a strong support system to help him manage his PTSD in addition to wrestling. He started the sport before he joined the military.

Brazier’s name in the ring is Mr. Studtactular Brysin Scott. He’s what you call a “heel,” a term used to describe the villain or bad guy. Brazier said when he wrestles, the human connection he shares with the fans is a form of therapy.

“Making each other feel for each other. Whether that’s hating each other, whether it’s feeling compassion for somebody in the ring, as long as you’re connected, as long as you’re living that story, believing that story, you’re connected. I’m doing my part,” said Brazier. “All they need to do is feel connected. ‘Cause that makes them have emotion. That’s all everybody needs to heal. Emotion heals.”

Another army veteran, David Campos, travels with Brazier to wrestling matches in Texas. His name in the ring is the Stud Stache Enforcer. He was also, diagnosed with PTSD after serving in Iraq.

“My first call was to pick up one of our own and to see one of our own, to open up his jacket to identify him and pull out a picture of him, his wife and his months old baby. It broke my heart,” said Campos. “I was pretty numb after that.”

But when he’s in the ring, Campos said he’s able to forget the pain and transform into his character.

“If you’re granted a persona, you get to be something else. I don’t have to be David Campos PTSD war veteran. I get to be a big bad guy, staring people down,” he said. “I get to be around people who have so much passion and dedication and respect for that business.”

Brazier was able to share his story through a documentary on Amazon called “The Valhalla Club.” The piece profiles Brazier and two other war veterans who are all wrestlers. In Norse mythology, Valhalla is the place where heroes who die in battle end up for eternity.

“This may not look like much of a palace but this is my palace,” said Brazier looking at the wrestling ring. “We still are warriors. We might not be battling wars overseas, but we are still battling wars in our head.”

The veterans encourage other veterans suffering from PTSD to find their own passion for a sport or hobby to heal.

“You have to dig deep to find something in order to get help for that. I know nobody likes to ask for help but that’s the biggest thing you can do is ask for help and find a way to channel those negative emotions,” said Campos. “People can use dance, music, movies, art. Anything like that. Don’t stop fighting.”

Comedy Central interviewed Campos to feature him in an extended version of The Valhalla Club on its network. If you would like to see the veterans in the wrestling ring, there is an upcoming match April 19th at the King and Queens Ballroom in New Braunfels. Actor Jason David Frank, who is most known for his role as the green Power Ranger, will be available too. If you would like more information on tickets, click here.