Carlos Martinez who dedicated his life to advocate for fellow veterans, passed away from coronavirus. Today, a ceremony with full military honors was held. 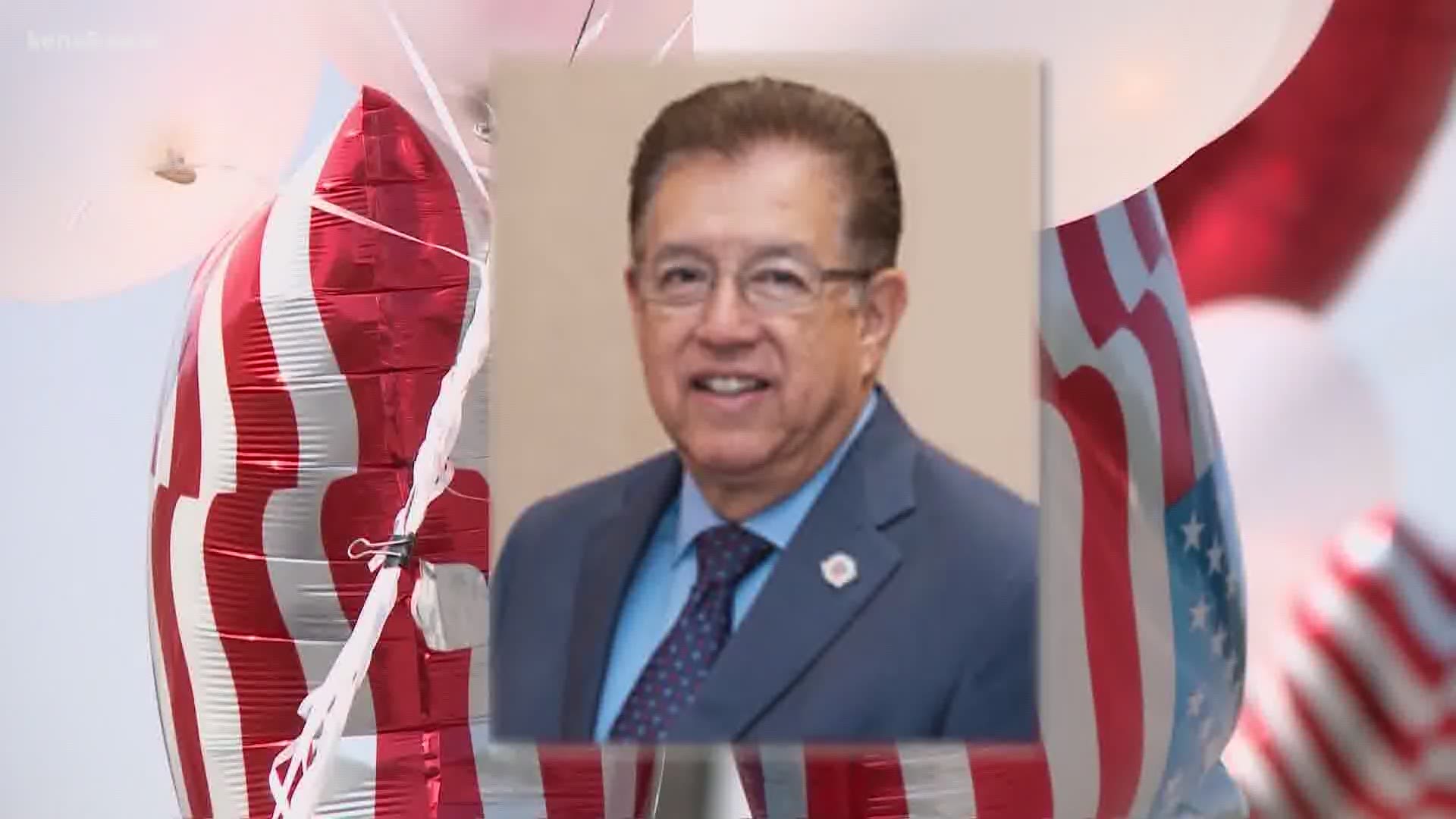 SAN ANTONIO — A local veteran who dedicated 48 years of his life to advocate for fellow veterans passed away from coronavirus. Monday morning, a ceremony with full military honors was held at Fort Sam Houston for 73 year old Carlos Martinez.

Employees lined the road to show support to the Martinez family who arrived in separate vehicles for the ceremony. The staff members held up signs and waved American flags.

Martinez was the CEO and president of the American GI Forum National Veterans Outreach Program (AGIF-NVOP), an organization that provides housing and career services to veterans and their families. He served as an Air Force crew chief in Vietnam, prior to his leadership role. He started out as an outreach specialist for the organization in 1972. In 1974, he became the head of AGIF-NVOP.

“He was an angel on earth, very few angels that you found on earth,” said Elvira Rivas, who works for the organization. “Even though he was a CEO and president of the GI Forum, he always took the time to say good morning, hello, stop whatever. If you met him in the hallway, he asked how you were doing and I appreciated that,” said Elvira Rivas.

Juan Mireles, a former employee, called Martinez a dedicated leader who had a vision for change.

“He would see things that the rest of us couldn’t see,” recalled Mireles. “You could see how much he cared about helping veterans."

"When he came back from Vietnam and he saw how veterans were being treated, he wasn't going to stand for that. He wanted to be part of an organization that provided that help to veterans," said Sergio Dickerson, vice president of AGIF-NVOP.

This year alone, the organization has provided assistance to more than a thousand veterans and invested over $4,000,000 across 5 Texas cities. Dickerson said Martinez’s legacy continues through the lives he touched and the organization that he's strengthened throughout the years.

“He truly cared for veterans and cared for his organization so much so, that on his dying breath, he was working to try to make us a better organization. It just shows you the kind of commitment he had,” said Dickerson. “We’re never going to forget him and we’re going to push his inspiration, his vision into the future as he would’ve wanted it.”

Martinez died on August 4. Four weeks before he passed away, his wife Rita, lost her life to coronavirus.

You can read Carlos Martinez's obituary on the Porter Loring Mortuary site here and his wife, Rita's obituary here.