A Marine Corps veteran is offering two-wheel therapy on the trails of San Antonio. 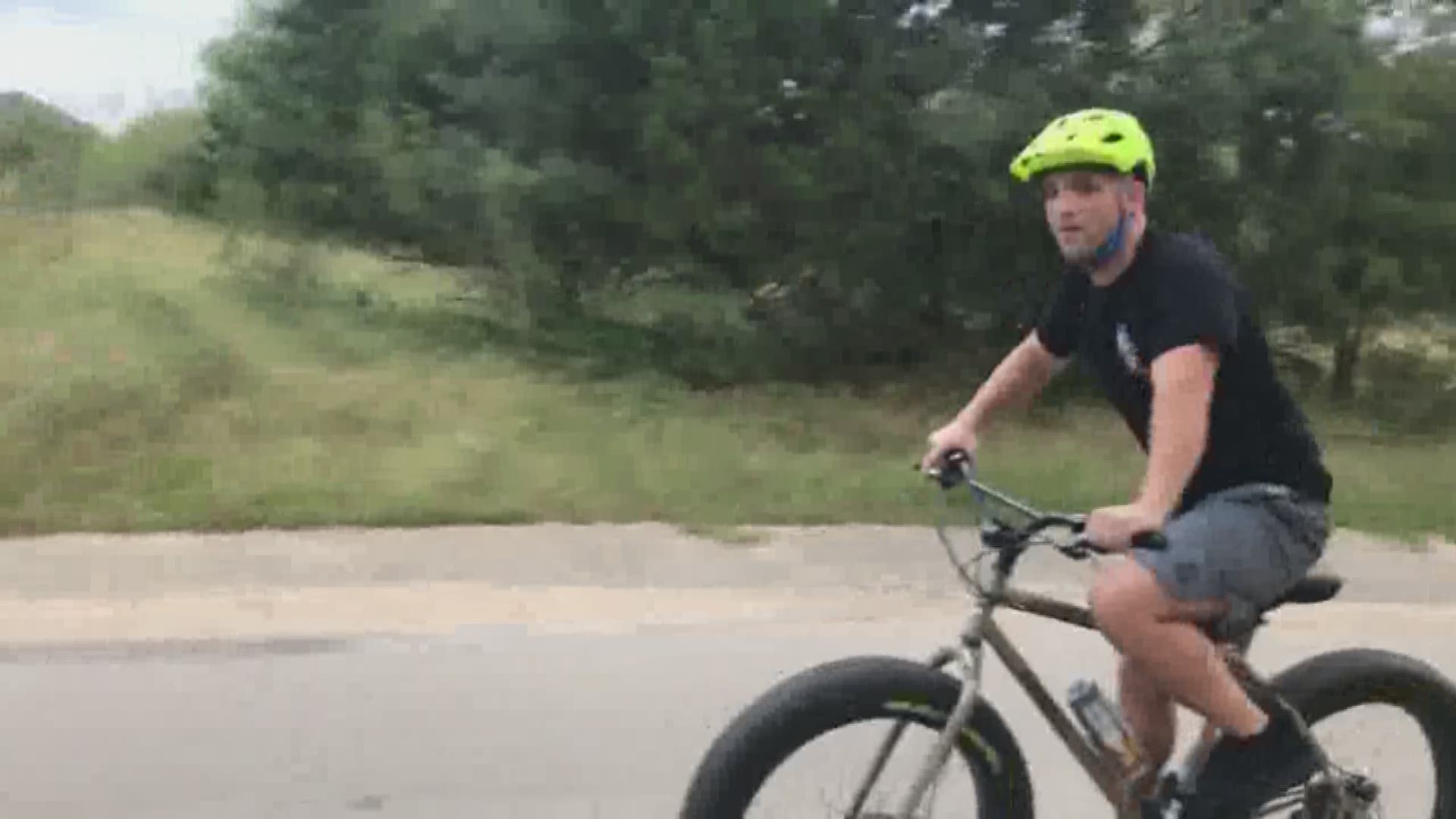 SAN ANTONIO — A veteran is helping other veterans manage PTSD and other stressors in life by hitting the trails with them on mountain bikes.

Jonathan Hagerman is the founder of The Dirt Therapy Project. He served in the United States Marine Corps for four years. He was stationed in Miramar and ended up deploying with a unit out of Marine Corps Base Camp Pendleton. He did time in Afghanistan and afterwards, found himself in San Antonio with his wife. He said growing up in Utah, mountain biking was a favorite activity. After his service, he decided to pick up the sport again.

“For the last couple of years, I’ve been balancing a full-time job, two toddlers at home and grad school at UTSA. I'm in their MBA program. I just needed a way for stress relief,” Hagerman said.

He decided to buy a bike on Craigslist and remembered his love for the sport.

“It made such a huge impact for me. It was so powerful. It was something that I wanted to share with my veteran brothers and sisters,” he said.

Hagerman would ride the trails in San Antonio with friend and retired Marine lieutenant colonel Bill Kohmuench. He said Kohmuench helped him come up with the idea for the organization.

“In ride discussions, like, 'This is great. Yeah, we love this. Hey, maybe other people can benefit from this?' He became my sounding board,” Hagerman said.

Since March, Hagerman said his organization has helped 73 veterans and together, they've rode 1,563 miles of dirt. While the program is still fairly new, his goal is to eventually expand the program beyond San Antonio.

“I had no expectations for it. It was just something I really wanted to offer to veterans. Our first year has been outstanding; it's been so much fun,” Hagerman said. “I want this to be a nationwide program. It's going to take an incredible amount of work and dedication and fundraising streams, recurring revenue. But I think we'll get there and be able introduce it to people all over the country.”

The Dirt Therapy Project operates based on the generosity of the community. He provides all of the mountain bike gear so veterans can ride for free. If you would like to find out more about the organization, click here.