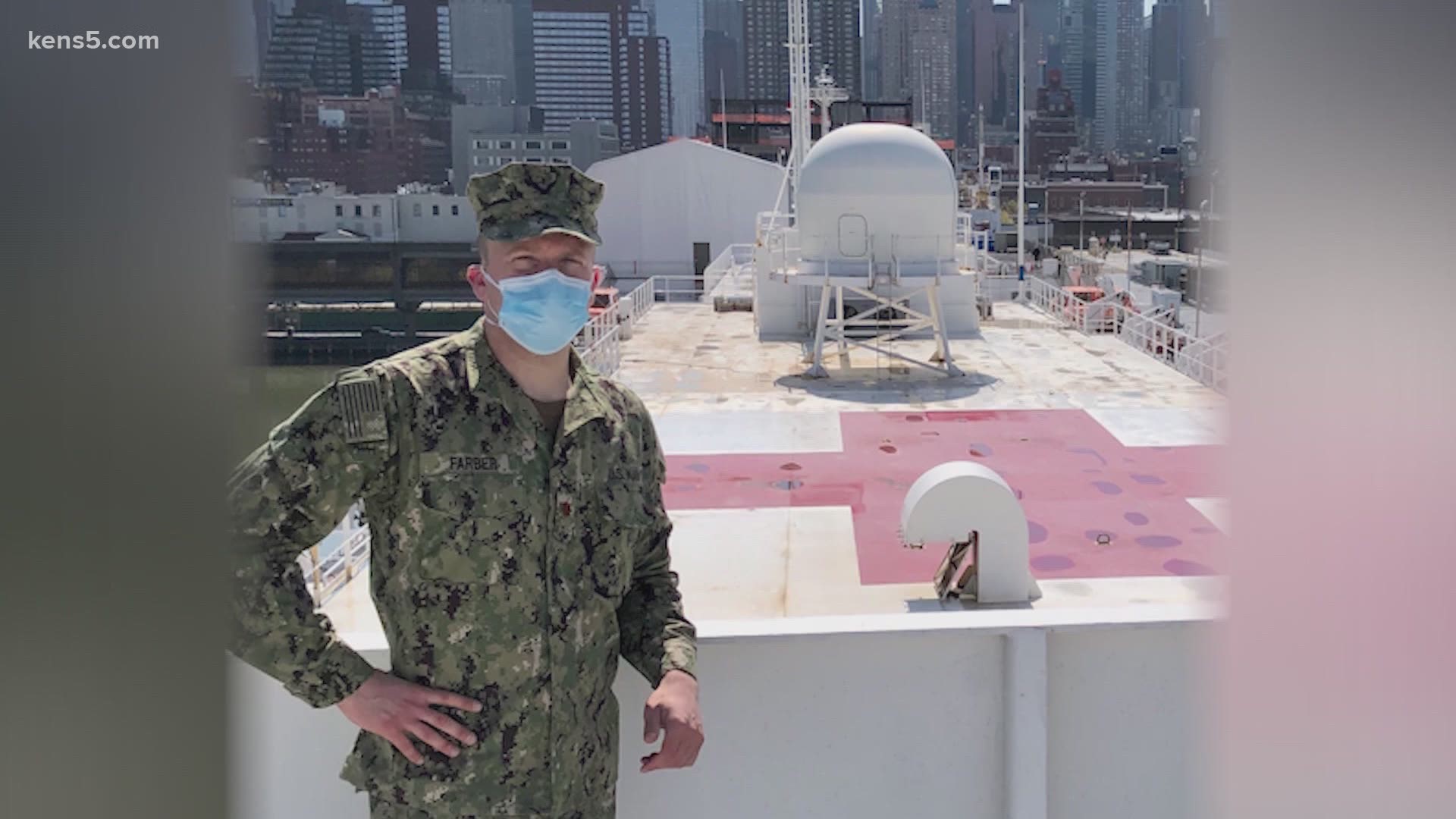 SAN ANTONIO — A local military doctor’s first deployment was the epicenter of the coronavirus crisis in the U.S. As San Antonio faces a surge in cases, he shares insight from his experience treating patients in New York.

Dr. Scott Farber is an assistant professor/clinical in the Division of Plastic and Reconstructive Surgery, Long School of Medicine at UT Health San Antonio. Farber joined the United States Navy Reserve six years ago. He shared how his grandfather was in the Navy and played a big role in his decision to enlist in the military.

“Growing up, hearing his stories of WWII in the Pacific. It was very inspiring. He went through a lot,” recalled Farber. “It’s my duty to give back to the country that provided for me as well.”

Farber was deployed back in March. After he received a phone call one Saturday, he was in his hometown of New York about 24 hours later.

“Usually, you would think of being deployed to the Middle East, Afghanistan, or something like that for war. This was my first deployment and definitely an unusual one since we’re being deployed within our own country,” said Farber.

He was part of a small support team of military members sent to take care of patients. Farber was originally assigned to the Jacob K. Javits Convention Center in Manhattan, but they were not receiving many patients. They were split into different teams and Farber’s group of 12 surgeons was sent to Woodhull Hospital in Brooklyn. Farber specializes in reconstructive surgery but his background is in critical care and general surgery.

“We were tasked with running our own ICU - about a 10 bed ICU,” said Farber. “We worked 12-hour shifts around the clock, 7 days a week for about 6 weeks there.”

Farber said the most tragic aspect of his deployment was witnessing the critically ill patients suffer and die alone.

“The extent at which that we saw in New York was more than we see in that period of time. It was, it was very difficult to see. The most difficult to see was everybody was dying without their families at their bedside. Typically when a patient dies, they have family members there by their bedside,” said Farber.

As San Antonio faces a surge in coronavirus cases, Farber said our outcome doesn’t have to be the same as New York.

“Wash your hands at regular intervals, wear your masks and social distance properly,” urged Farber. “Unfortunately in New York, we saw hospitals overwhelmed because that wasn’t being done properly and that’s why there were so many sick patients. So, if we can do it differently here in San Antonio? Hopefully, things will be better.”