A man who was severely injured by a suspected drunk driver, is sharing his story of triumph over tragedy. 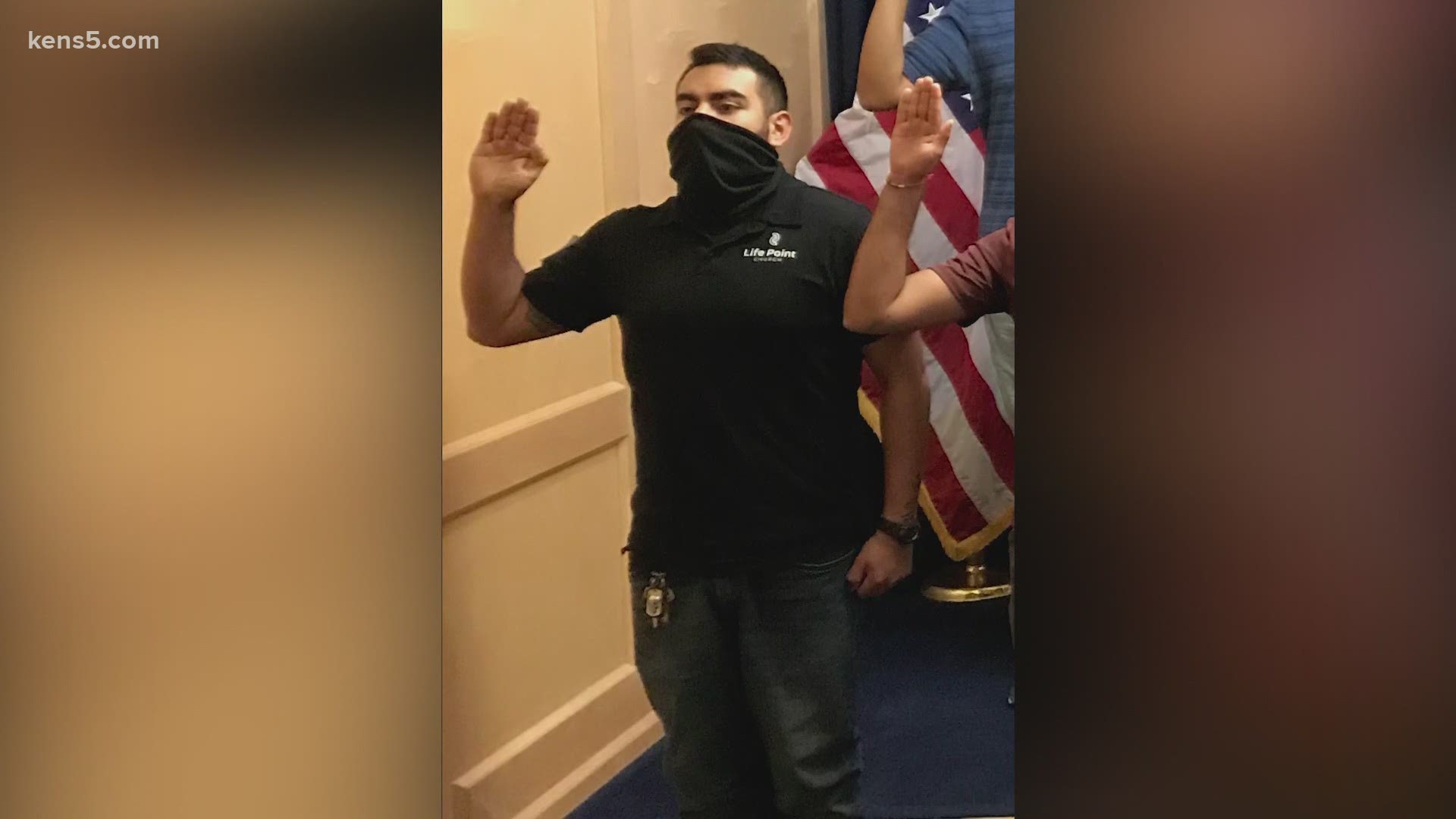 SAN ANTONIO — A San Antonio man who was severely injured by a suspected drunk driver is sharing his story of triumph over tragedy. He says his near-death experience moved him to serve a bigger purpose.

Michael Hernandez doesn’t fully remember the night of June 9, 2019. But it’s a defining day that would forever shape his life. He was driving from work on Loop 410 near Honeysuckle Lane when he crashed his vehicle.

His mother, Grace, said he likely fell asleep at the wheel and his car flipped.

A stranger named Domenica Burleson pulled over to help him. Castle Hills Police responded to the crash site as well. Officers say that, not long after, a suspected drunk driver plowed into the patrol car and killed Burleson. The officers were injured, including Michael, who tried to avoid getting hit by the truck driver. He jumped over a concrete barrier and fell steeply onto a frontage road.

“He broke his ankle, his pelvis, his ribs, his shoulder and, eventually, slammed his head down. He had fractures on both sides of his skull,” Grace said. “On the second day, I was told he wasn’t going to make it.”

Michael said he was in a coma for nearly two weeks.

“It felt like I was asleep for like 45 minutes to an hour and then, I woke up in the hospital with IVs in my hands and arms and everything. I couldn’t’ remember my name. But eventually, I snapped out of it,” he said.

He shared that the experience pushed him to pursue his dream of joining the United States Army.

Michael’s role in the military is to repair Black Hawk helicopters. He said when he was 13 years old, his pastor’s life story motivated him to serve the country.

“The pastor had his life bought in Cape Town, South Africa for three American dollars. To me, that inspired me as a kid because no one’s worth $3. It takes someone fighting out in the front lines to make sure it doesn’t happen here in the United States of America,” Michael said. “It’s something I’ve always wanted to do and the fact that God saved me again—it was something that I didn’t want to miss out, an opportunity. After my checkups, I went full force.”

Michael said he hopes that people will be encouraged by his journey and remember that every choice counts.

“That’s a choice when we all pick up a bottle. Like, 'Hey, am I going to make it safe or am I just living for the moment?'" he said.

“My son has taught me a great deal about God and what I need to find myself. So, even in my age, your kids can teach you something and he has and I’m very proud of him,” said Grace, with tears in her eyes.

Grace said her son’s experience has led her to raise awareness about substance abuse at Stop the Cycle Education. She goes to victim impact panels and share’s her son’s story.