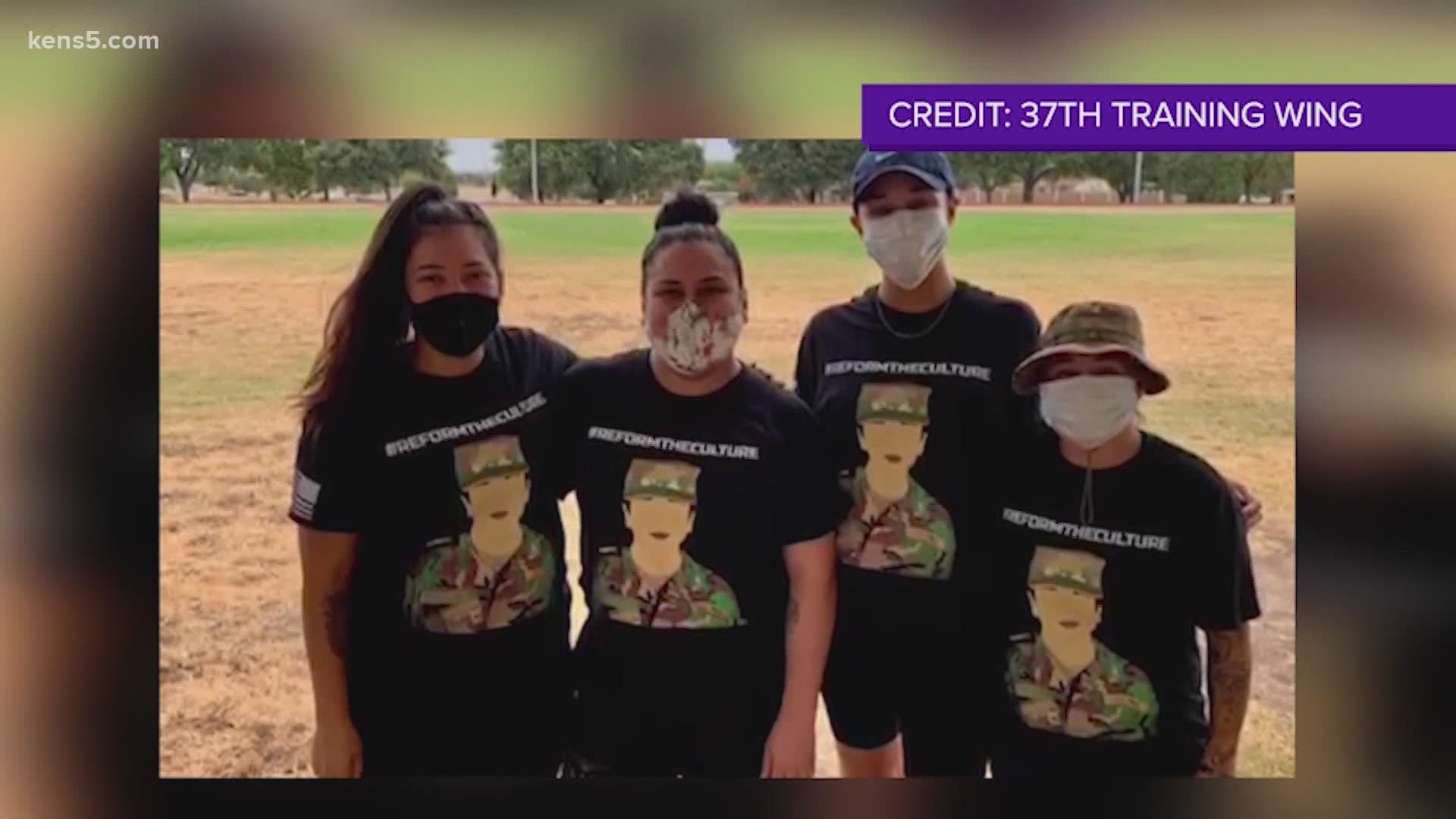 SAN ANTONIO — Four service members organized an honor walk to remember Vanessa Guillen, the Fort Hood soldier who was murdered. The event also raised awareness about sexual harassment and assault in the military.

The 37th Training Wing hosted the event at its Warhawk Fitness Center track between July 25-26. More than 200 people participated by taking different shifts to walk a 24-hour period.

“Being part of the Latino community, knowing that Vanessa is also from Texas a Texas native, it was very important for me to highlight her story, honor her service and show the family we’re here to support them,” said Garcia.

During the walk, some of the participants wore t-shirts with the phrase #ReformTheCulture. Garcia explained the meaning behind those words.

“We wanted to show the Air Force that this new military that's coming in, and the new military that's going to continue to come in, that we will have a zero tolerance to sexual assault, sexual harassment,” said Garcia. “We are going to be held accountable for our actions.”

The 37th Training Wing’s leadership team also, spoke at the event. They shared opening and closing remarks on topics of sexual assault and other issues that impact Airmen.

“It’s always powerful to see our people come together and rally around a cause,” said Chief Master Sgt. Stefan Blazier, 37th TRW command chief in a statement. “It is needed now as much as ever, because it’s the only way that pain can become purpose.”

The 37th Training Wing said one airman who participated in the event ran and walked the entire 24-hour period and completed a total of 82 miles.