The mass shootings are a reminder of the power of blood donations. A local doctor and Air Force veteran helped change emergency response through a specific type. 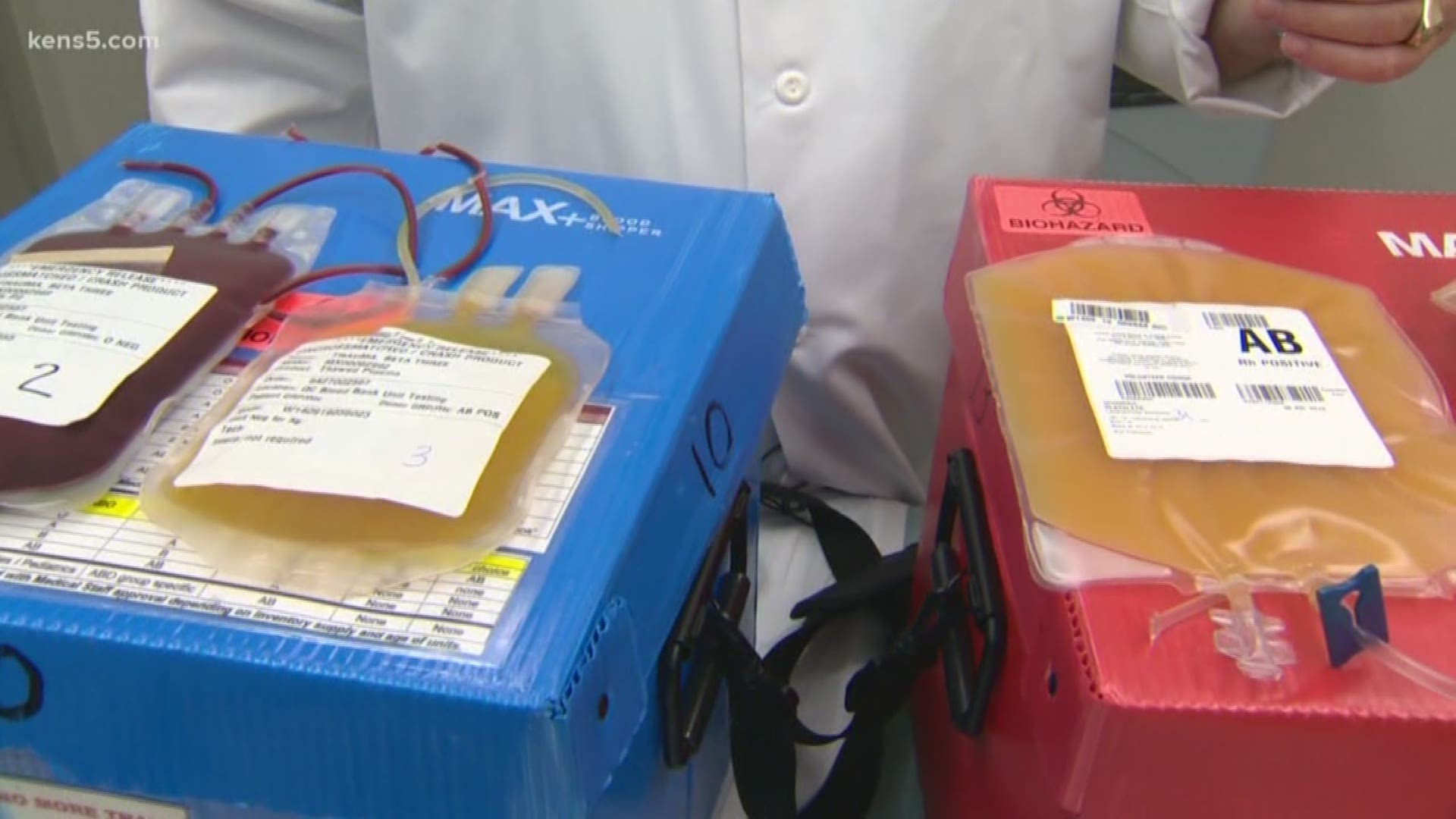 Dr. Donald Jenkins, professor of trauma and emergency surgery and the associate deputy director of UT Health San Antonio’s Military Health Institute, brought the idea of using whole blood to the University Health System. Whole blood is blood that is not separated of its components, including platelets and plasma.

Jenkins said the blood is not diluted and has more of a powerful effect to help patients who have had significant blood loss. It can be transfused in its entirety. He shared how he used whole blood during his time in the Air Force. The supply came from people who lived on the base.

“The only reason why I knew how to do that is because I had a copy of the NATO emergency war handbook with me,” he said. “In 2004, we really did more of that in Iraq. Quite a bit more. Tens of thousands... more to injured combatants. Not just injured soldiers, but to local people.”

Jenkins, who utilized whole blood in the University Health System, shared how this life-saving resource is now available in 22 counties with more than 50 hospitals and 70 EMS agencies. Helicopters and ambulances are able to administer whole blood transfusions to patients in need as they head to a hospital.

Tiffany Kieschnick-Rivas shared how her life was saved through whole blood. She suffered a stroke while driving and flipped into a ditch. She said she only remembers driving to get her son a sweet treat at the gas station. If it weren’t for the transfusion she received on scene and while being airlifted, Jenkins said she would not be alive today.

Jenkins said their work at the University Hospital System has inspired hospitals nationwide to follow suit.

“I never imagined that it would have such an impact,” Jenkins said. “If we can save one life, that would be fantastic. That’s what we’re after.”

UT Health San Antonio said last year in the region, the use of whole blood has helped reduce deaths by 25 percent. If you would like to help by donating blood, click here.

Four dead in triple murder-suicide on southwest side, police say

Texas gun laws are about to get more lenient