Puppy development specialists at the base work with the dogs from birth to eight weeks. 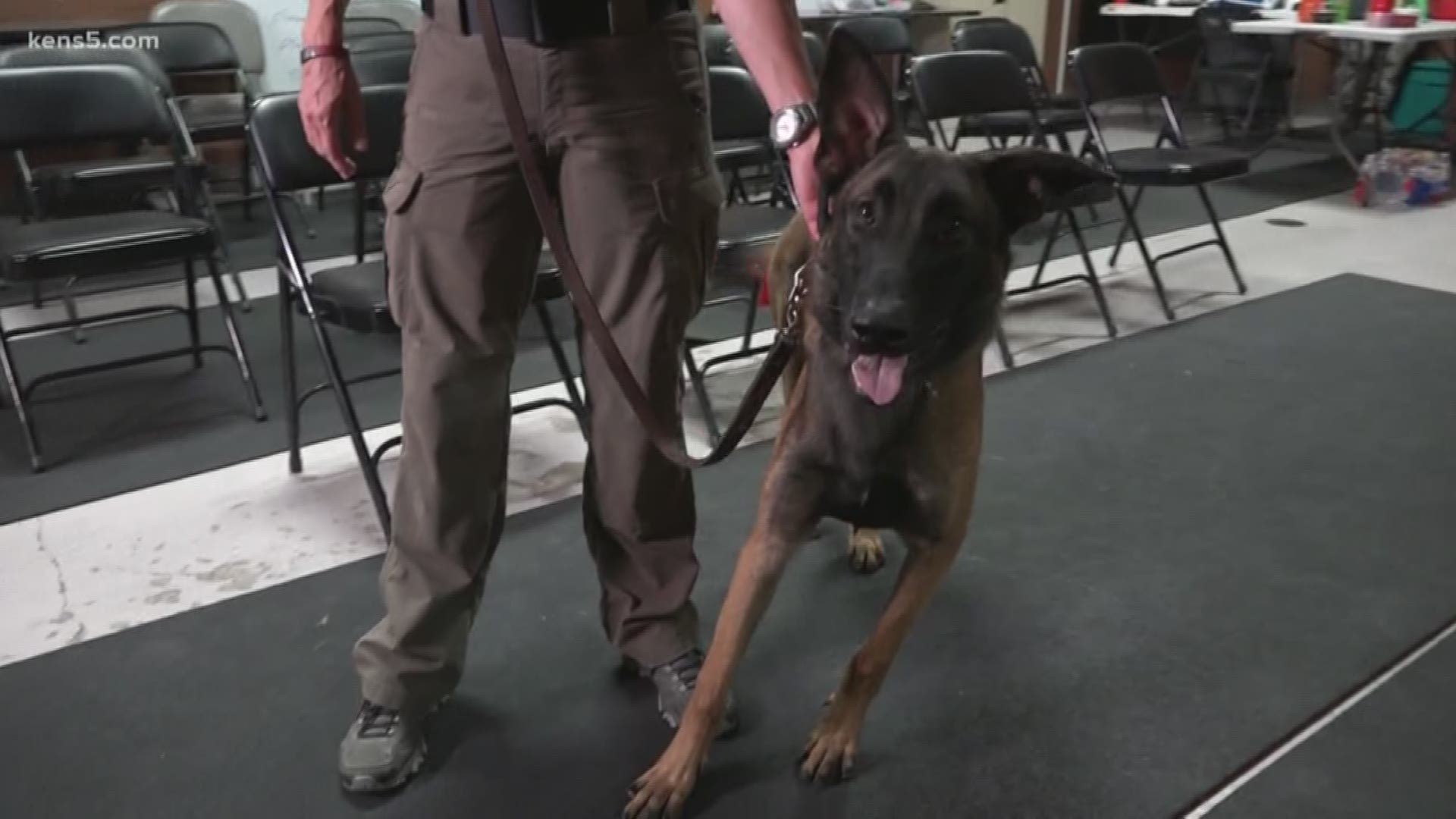 SAN ANTONIO — KENS 5 was there for the latest group to foster military working dogs through Joint Base San Antonio-Lackland’s longstanding program. Community members help raise the dogs in order to prepare them for training.

“We breed about a 100 dogs a year for the DOD. All branches of the military including TSA occasionally,” said Tracy Cann, a foster consultant at JBSA-Lackland. “We primarily breed Belgian Malinois. We also breed Dutch Shepherds. We cross them sometimes.”

Puppy development specialists at the base work with the dogs from birth to eight weeks. They expose the puppies to various activities that will get them ready for the foster program.

Local community members have an important role in the next step of the program. They help raise the puppies to make sure they’re socialized and exposed to different environments. The dogs are returned to Lackland after 6 months.

“Our puppies can’t be raised in the kennel and have the social background that can make them well-prepared to be a working dog. They have to learn how to be out in the world first,” said Cann.

Kathy and Ron Haygood said they wanted to become foster parents because it was important to them to forward the military’s mission. Ron shared how he served in the Air Force for 42 years.

“They have an important job to do to protect our nation and our servicemen. That’s what they’re bred to do,” said Ron.

“We know the purpose of this program and so, I don’t think anybody would not be sorry to give up a puppy. That’s the whole goal,” said Kathy.

Another foster parent, Anja Burkman-Flaig, said her family has fostered five puppies since January 2018. Her mother served in the Army and she emphasized the importance of helping the nation.

“You’re raising these puppies to go into better and better things, save people’s lives, grow up to a military working dog,” said Burkman-Flaig.

All of the dogs that undergo training may not pass the tests to become a military working dog. JBSA-Lackland says the foster parents who initially raised them will get the chance to adopt those dogs. There is also the opportunity to adopt military working dogs that have completed their service. For more information, e-mail mwd.foster@us.af.mil.