A family was reunited during a school spirit rally at Colby Glass Elementary School. 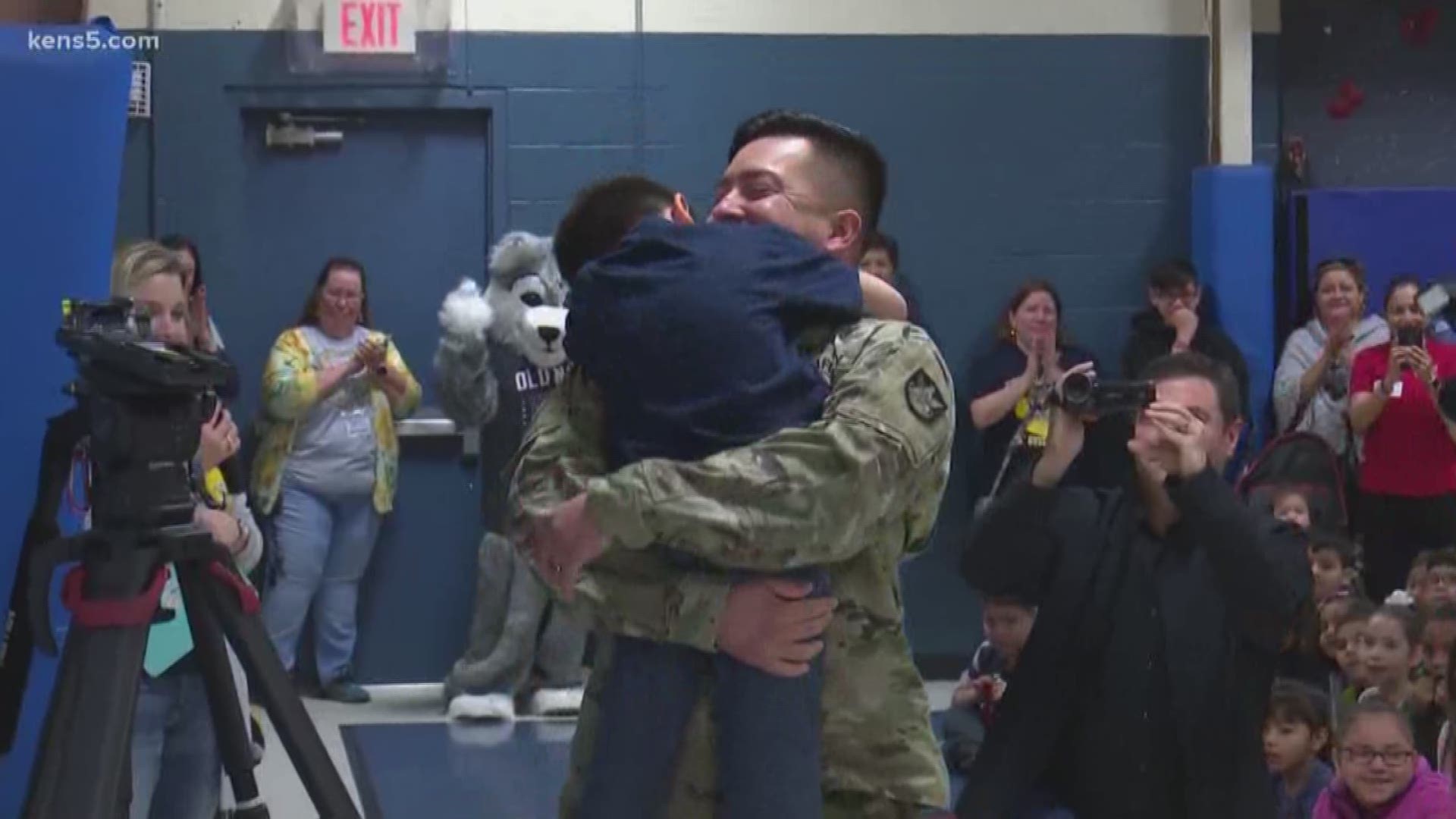 SAN ANTONIO — Students celebrated alongside a Colby Glass Elementary School kindergartener Friday as his father returned from a seven-month deployment.

Students gathered for their regularly scheduled monthly spirit rally, but after hearing reminders about behaviors and cheering for each grade, they were treated to a surprise. The school mascot, Harley the Husky, entered an extra time- promising a special guest. That guest was Army Captain Acosta.

"Especially not holding them for so long- seeing him and how big he’s gotten and my older son and he’s almost my height-it was very emotional," Captain Acosta said.