“At the center of it all, he has a good heart." 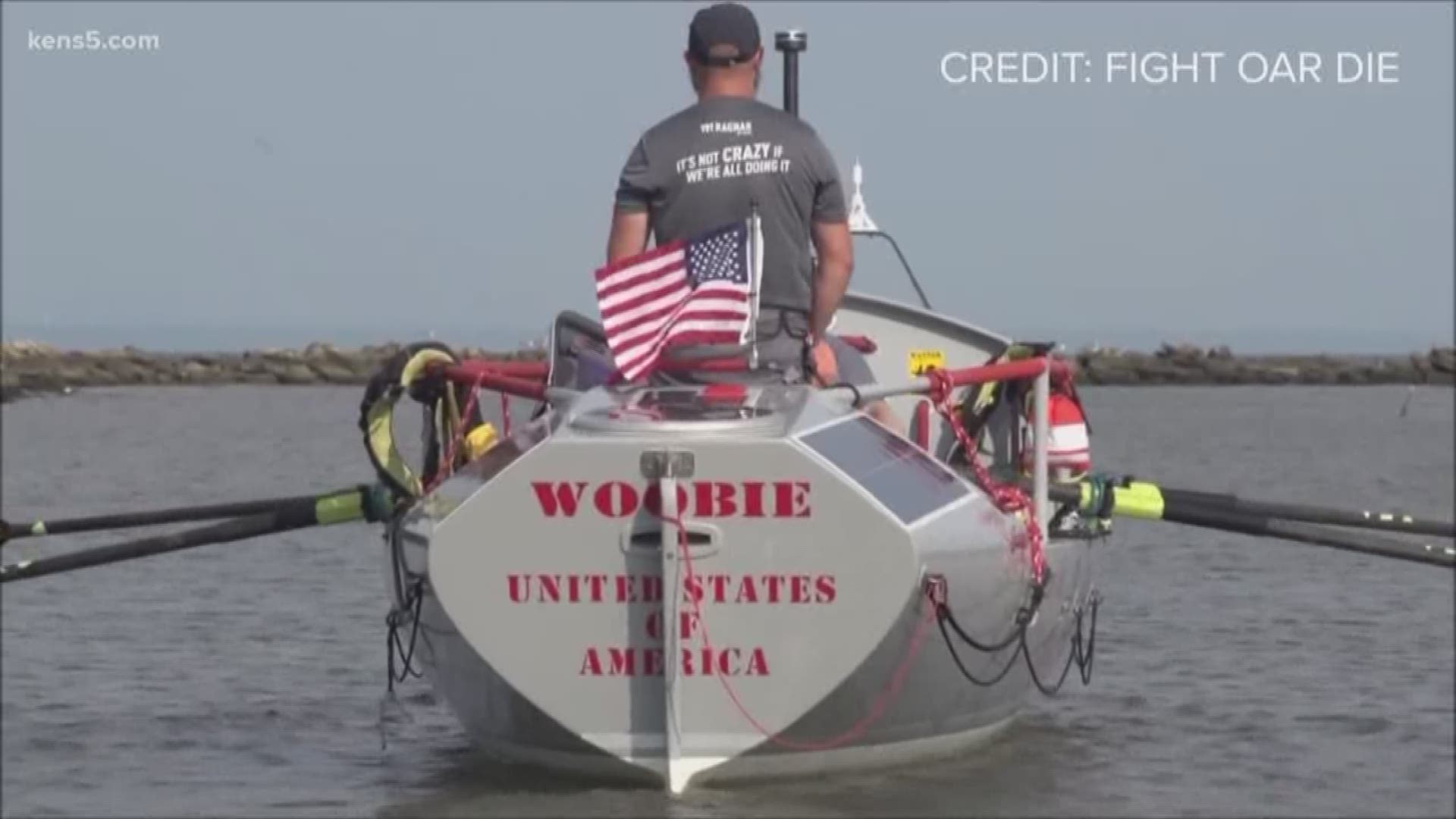 SAN ANTONIO — A local veteran is rowing hundreds of miles across the Atlantic Ocean – 3,000, to be exact – with three other veterans. The reason? They are on a mission to complete the toughest rowing competition in the world, and their larger goal is to help forward research and raise awareness for veterans’ mental health.

John Fannin, a Judson High School graduate and U.S. Marine Corps veteran, is part of the only U.S. team to row in the Talisker Whiskey Atlantic Challenge. He trained with three other veterans to prepare for the 3,000-mile journey that will take them from La Gomera to Antigua. They are in a 28-foot boat with enough food to last them for several months.

Fannin’s mother and girlfriend are able to check in with him through a satellite phone. Fannin’s girlfriend, Sarah Stevens, says they are dealing with strong waves and winds but found a friend to join them in the journey.

“They have a sparrow friend that’s literally been following them from La Gomera; that’s the only animal they have with them constantly. They named him Captain Jack. Then, they saw different wildlife. The bonding that they’re doing is insane as well,” Stevens said.

The team is representing Fight Oar Die, a nonprofit organization that picked the Talisker Whiskey Atlantic Challenge to raise money for other veterans. They want to advance research and raise awareness for veterans’ mental health. There are 35 other teams that are raising money for different charities. Fannin’s family said they are very proud of him.

“I worry between the hours of 6 and 11 because they’re five hours ahead and I know that’s the middle of the night. I couldn’t imagine where it’s total dark and rowing,” said Jo Fannin, his mother. “He’s a unique individual. If there’s an impossible task, John would be the first to sign up.”

“At the center of it all, he has a good heart and wants to do what’s right and do what he can to help people,” Stevens added.

The team left on their trip Thanksgiving Day and are expected to be done by Feb. 1. Stevens said that, once he returns to San Antonio, Fannin wants to have pizza to celebrate.

Fannin will be the fourth man from Texas to complete this challenge.