A Navy corpsman is using his skills to honor veterans and emergency responders. He held a flag build event to gift them a patriotic masterpiece made out of wood. 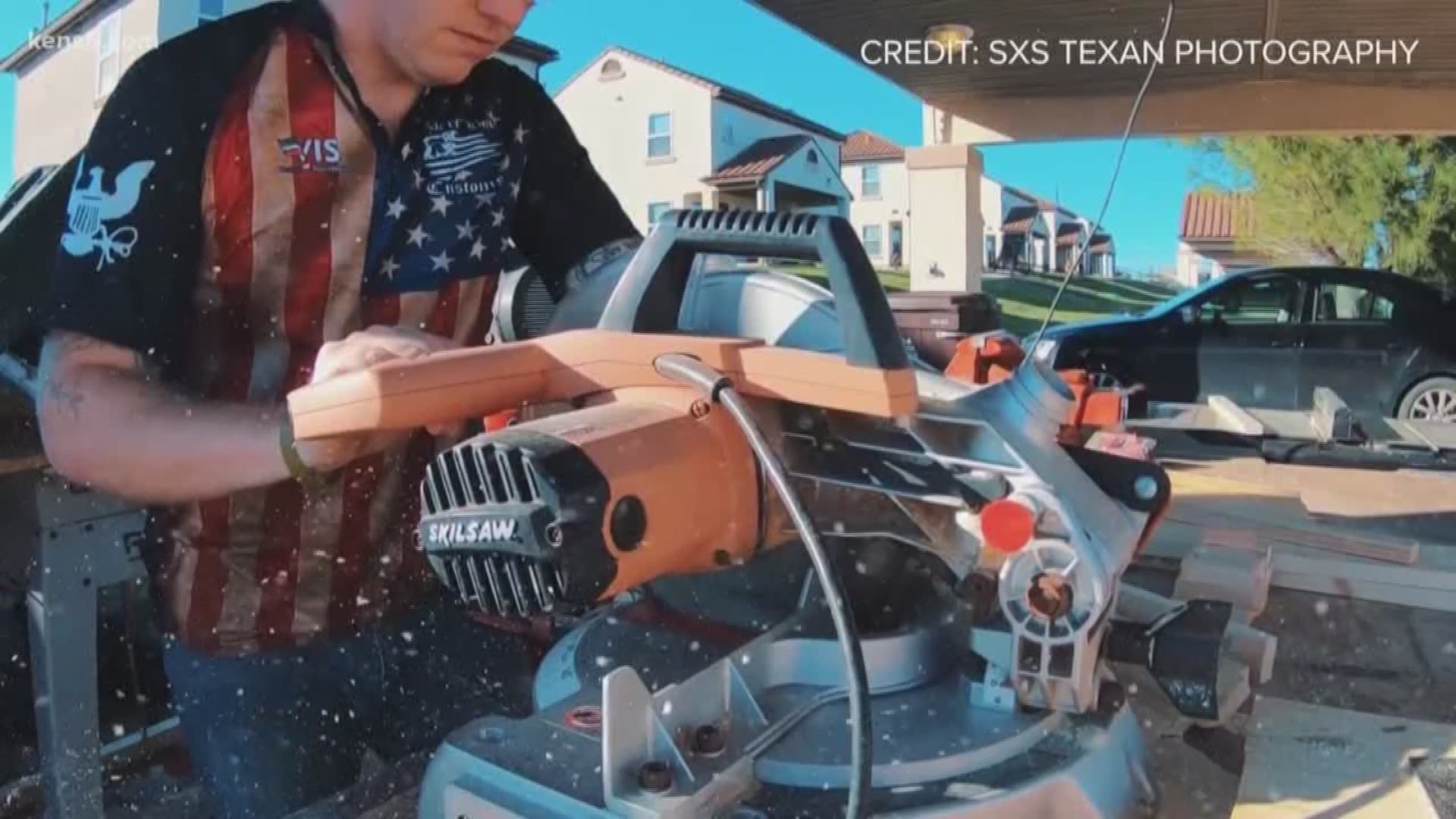 SAN ANTONIO — A Navy corpsman is using his skills to honor veterans and emergency responders. He taught them how to transform plain lumber into a personalized rustic flag at a first of its kind event.

Dustan Oberhauser is an active duty Navy Corpsman and owner of Liberty Bell Customs, a business that specializes in patriotic woodwork. Early February, he brought together 13 veterans, law enforcement officers and paramedics for an event called ‘Freedom Rings Flag Build.’ He provided supplies with his own money and received support from several non-profit organizations. The event was held at 10BitWorks Makerspace on LaChapelle Street in San Antonio. Oberhauser shared how woodwork became a form of therapy for him. He wanted to share his passion with others.

He taught participants how to use fire to bring out the natural grain in the wood and stain the pieces. He made sure each flag was personalized to fit their personal story.

“One of the heaviest moments that I got choked up in was actually seeing them receive their unions that I had worked on, really late in the night to make them happen. Seeing their reaction when they got it, that was a sense of pride,” said Oberhauser. “It weighed on me that much in a good way. At that point I was like, this can’t stop here. This is going to have to keep on going.”

Tyler Morris, a San Antonio Air Life paramedic, went to the event with his wife. He said the rustic flag is now the centerpiece of their living room.

“To me, it was a very personal event. I’ve lost several friends to PTSD by suicide after spending many years in this field, both military and civilian and it’s a hard thing to deal with. For some it might be small, but it’s occupying to the mind. It takes your mind off of a bad day,” said Morris. “Dustan’s purpose was to share his previous experience of the love of doing this with others to help them through it. And it made such a difference, a huge impact on us.”