A new program is helping veterans with PTSD, depression and other disorders heal through art. Bihl Haus Arts is behind the initiative. 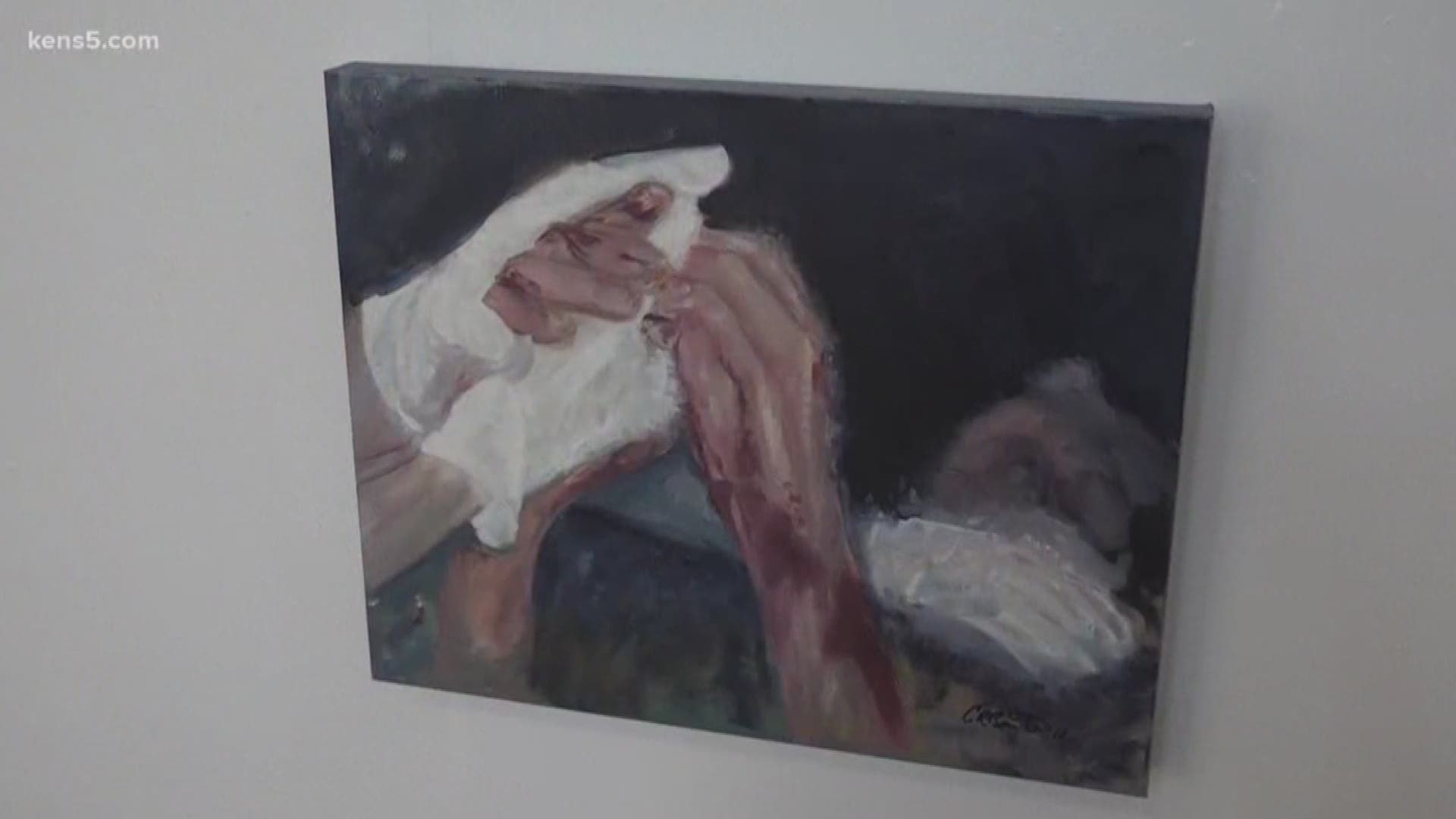 “When their veterans graduate from their program, they come to us and take our classes,” explained Kellen McIntyre, Bihl Haus Arts executive director. “Our veterans are either self or clinically diagnosed with PTSD, traumatic brain injury, military sexual trauma or depression. So, they come to us and they take our classes, and we see results really quick. Changes in their perspective and how they’re relating to the community.”

The classes are held at St. Andrew Presbyterian Church on Callaghan road. Bihl Haus Arts says one of the veterans who took the class was inspired to pursue a career in art. Dan Gamez enrolled at a local college to get his art degree.

Some of the veterans who took the classes will have their work on display at the Bil Haus Arts building. One of the organizers and artists, is Army veteran Mario Lopez. He served overseas in Iraq and Afghanistan. In 2008, he was hit by an IED. Lopez suffered burns on 54% of his body and was forced to have his right arm amputated. He also, suffered loss of vision in his right eye, and loss of four fingers on his left hand. He was awarded the Purple Heart for his bravery and sacrifice.

Lopez said he enjoyed creating art before his military service. He picked up the craft after he sustained his injuries and said art is a form of therapy that’s helped him move forward. He said his pieces express joy and optimism.

“Art for me is just another form of communication like someone would write a book or someone would dance,” said Lopez. “It’s very nice to know that someone could purchase something of mine, hang it in their house. It just adds to the human experience.”

You can check out all of the veteran’s art pieces at the opening reception Friday, November 8th from 5:30-8:30 p.m. at Bihl Haus Arts, 2803 Fredericksburg Road, San Antonio. Organizers said light appetizers will be offered by the pool and alternative rock band Three Beards will be performing at the event.